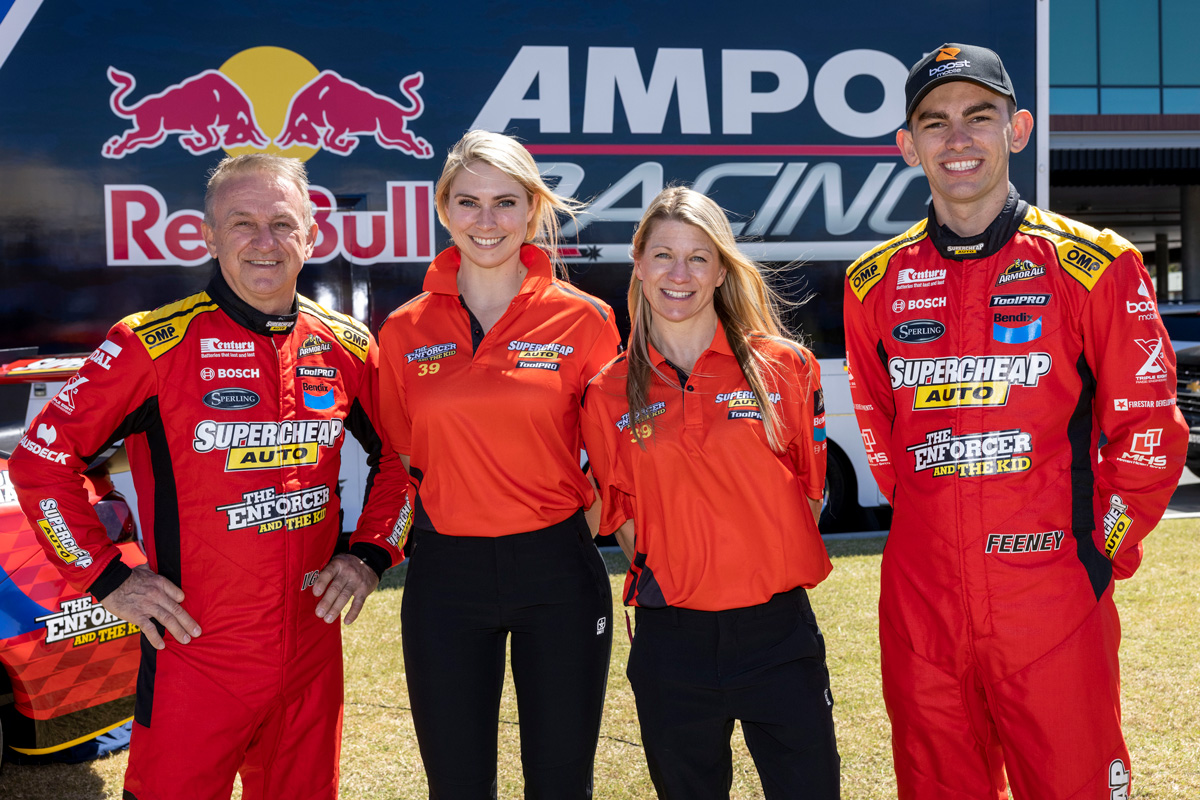 All Queensland-based attendees at this weekend’s Repco Bathurst 1000 will not be able to return to their home state until December 17 unless they have an exemption or are prepared to go into quarantine.

Mayer’s partner Adriano, will travel down to northern NSW late next week with their son Koa so they can celebrate his first birthday on December 16.

The trio has been a driving force behind the team since it was launched back in April and has been on the ground at Mount Panorama all week.

Mayer has no family background in the sport, but was bitten by the bug while studying automotive engineering in her home country of Germany.

She eventually cut her teeth with renowned Germany outfit HWA which exposed her to DTM and GT3 championships as well as several development programmes.

In 2015 she applied for an advertised position at Triple Eight Race Engineering in Brisbane and since subsequently moving to Australia has worked on several projects across a range of categories.

Mayer has become a valuable member of the Triple Eight Race Engineering organisation which is the most successful in the modern era of Supercars racing and one which she ironically refers to as “family”.

She has been juggling engineering duties with motherhood since the arrival of Koa last December.

“Obviously the lockout restrictions have been tough on so many people for so long,” said Mayer.

“Being on the road is tough for anyone with a young family, but you do what you need to do.

“I am probably lucky Koa arrived when he did last year and not a couple of weeks earlier.

“It would be nice to be at home, but I am grateful we will all be together for his first birthday.”

Mayer has been enjoying the challenge of working on a project as unique as the Supercheap Auto wildcard programme.

“I have had so many great opportunities to extend my career since joining Triple Eight Race Engineering six years ago and working with Russell [Ingall] and Broc [Feeney] and the Supercheap wildcard entry is another extension of that,” said Mayer.

“It has been interesting working with Russell who has so much experience and Broc who is starting off in his career, but who has an old head on young shoulders.

“I am sure we are all going to get a lot out of being at the Bathurst 1000 together and hopefully we can maybe surprise a few with our result.

“My goal remains to be a race engineer on one of the team’s full-time Supercar units and this programme will be an important part of my journey to achieve that.”

Unlike Mayer, both Dane and Allison come from strong motorsport family backgrounds.

Dane is the daughter of Triple Eight Race Engineering founder Roland Dane and is now a co-owner of the operation herself. 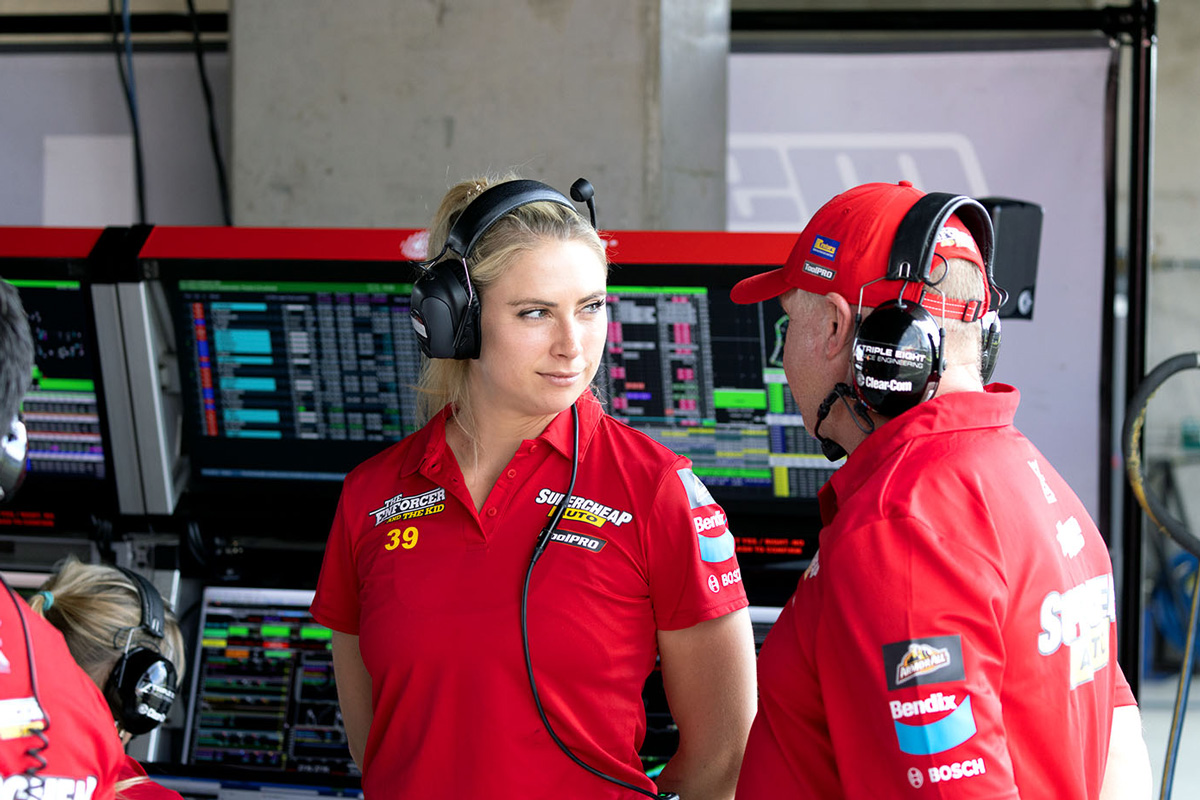 She has built a reputation as an on-air media talent in recent years while working full-time in the team while simultaneously completing a law degree.

“We don’t see having three women as part of the team as a big deal, but we acknowledge that it is something that is a positive when it comes to promoting female participation in our sport,” said Dane.

“If any of us were not capable of doing the job then we would not be in the roles we have.

“We have a duty to create the best team we can for Supercheap Auto and the rest of the team partners and we can confidently say that we have done that.

“Like everyone in the team, we also have a passion for the sport and just want to be competitive at Bathurst.

“Hopefully young women will see us as part of this programme and realise that if they want to be involved in motorsport, then that is possible. They just need to get on their path and passionately follow it.”

Dane and Mayer are also members of the international FIA Girls on Track programme which is designed to promote female participation in the sport.

The born and bred Queenslander was working in her mother’s legal practice before she decided to chase her dream of a job in the commercial side of motorsport in 2019.

Her role with the wildcard programme is as a direct connection with major sponsors Supercheap Auto and making sure everything is in place from team race shirts to driver schedules.

“It was always my goal to work in motorsport and to have been a part of the Triple Eight operation for the last couple of years has been a bit of a dream come true in many ways,” said Allison.

“It has not been not been easy through the whole COVID-19 period, but we have survived and the Supercheap Auto wildcard programme has provided us with another new challenge which we have enjoyed tackling.

“There has been a lot of work go into the programme behind the scenes from all the stakeholders and I think we were all just keen to get to Bathurst and go racing.”

The women contribute to the successful Red Bull Ampol Racing Supercars team on a daily basis as well as playing a role in the Supercheap Auto wildcard effort.