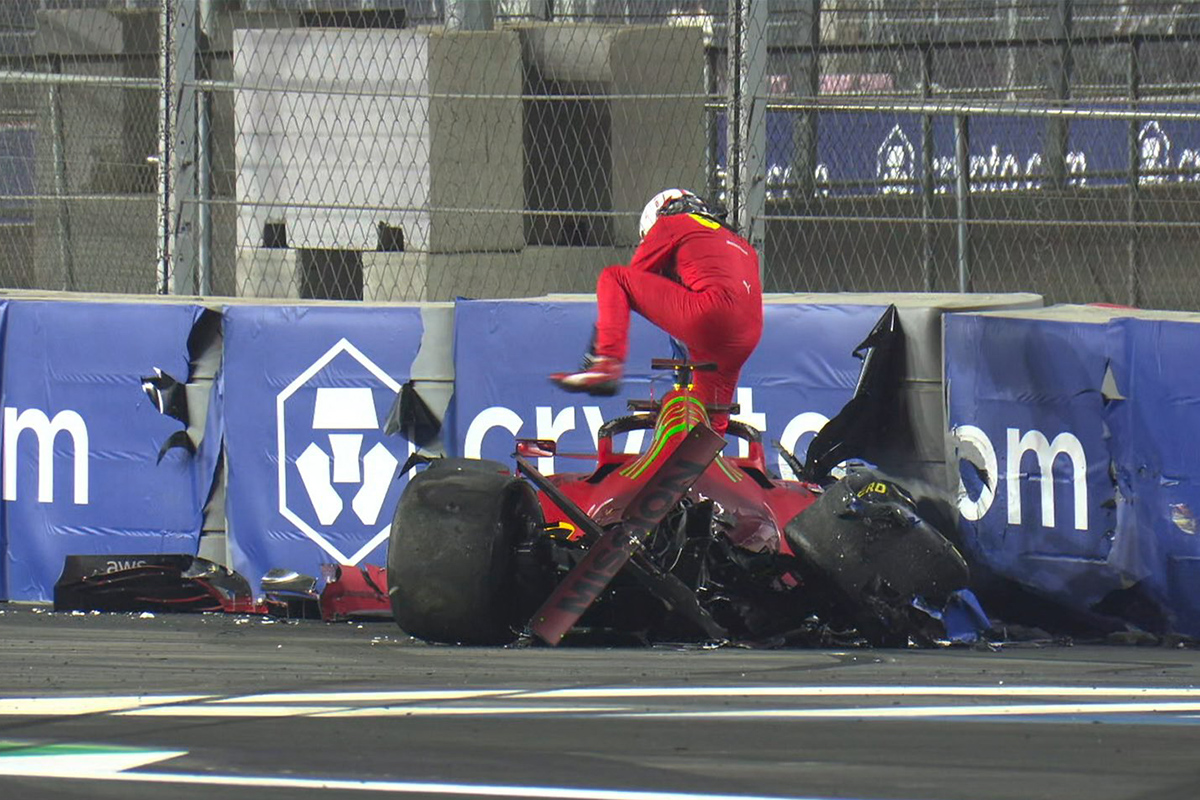 Charles Leclerc has been cleared of injury following a heavy crash in the final minutes of Practice 2 at the Formula 1 Saudi Arabian Grand Prix.

The Monegasque lost control of his Ferrari at the highspeed Turn 22 left-hander, skating into the Tecpro barriers.

Both right-hand-side wheels were plucked from the car in the impact, though Leclerc was able to climb free without assistance.

The incident drew the red flag with five minutes remaining in the session, which would ultimately not be resumed.

Taking to social media, the team noted that, though he was taken to the circuit’s medical centre, “luckily he is fine”.

The car was quickly recovered ahead of an inspection as to whether the impact would necessitate a new tub.

Such a move would be the second in as many races for Leclerc, who switched chassis following qualifying in Qatar last time out.

There are also considerations around the gearbox and power unit, though it’s unlikely either were ‘race’ elements and can therefore be swapped without penalty.

With the Jeddah Corniche Circuit boasting high average speeds and little room for error, it was anticipated that the opening day’s running would be an interrupted affair as drivers found, and overstepped, the limit.

However, two-time grand prix winner Leclerc is thus far the only victim of the all-new venue.

Practice continues in Saudi Arabia with a final 60-minute session from 01:00 AEDT on Sunday morning.