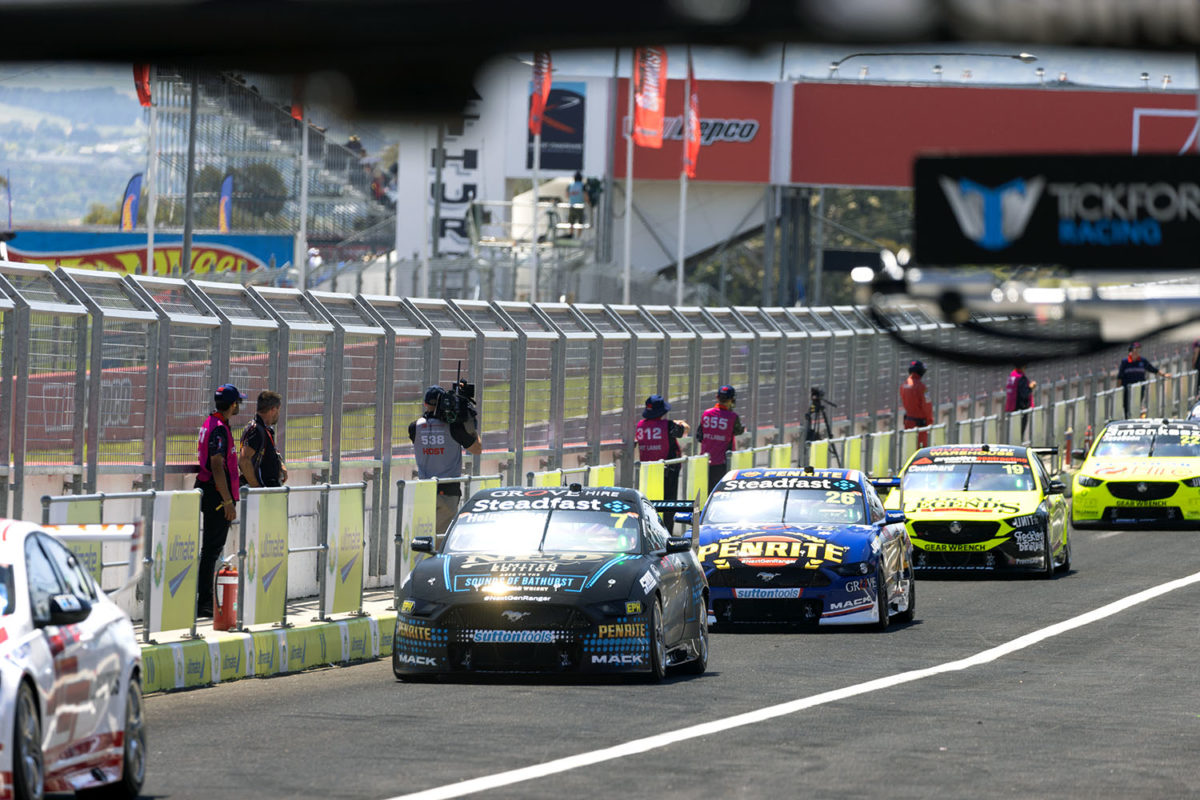 Kelly Grove Racing is hopeful of having Car #7 back on-track during Practice 6 at the Repco Bathurst 1000 despite a crash in the preceding session less than two hours earlier.

Matt Campbell slapped the wall in Andre Heimgartner’s Ned Whisky Mustang at ‘The Tree’ during Practice 5, just over 10 minutes in.

He continued on until a consequent failure on Conrod Straight speared him across the track and into the wall on driver’s right, drawing a red flag.

Indications are that whatever broke also sheared a brake line and pulled on the throttle cable.

Despite impacts on both sides, Car #7 is likely to reappear in the final, hour-long practice session which is due to start at the slightly later time of 12:25 local/AEDT (originally scheduled for 12:15).

“Listen, most of the stuff [damaged] on the car are bolt-on items so that’s a good thing, so hopefully we’ll get to where we need to get,” team owner Stephen Grove told Speedcafe.com a short time ago.

“They’re still going pretty hard but I would imagine they will get out during the session.”

On damage, he added, “No [not much], it just clipped the wall and then it was the second one down Conrod Straight where there was a problem where the accelerator got stuck and the steering wasn’t there and it put him into the wall, so that created some issues but he should be right.”

As to the cause of the secondary hit, Grove said, “Yeah it must have [pulled the throttle cable], because when the brake went to the ground there was no brake and it’s picked up the throttle.”