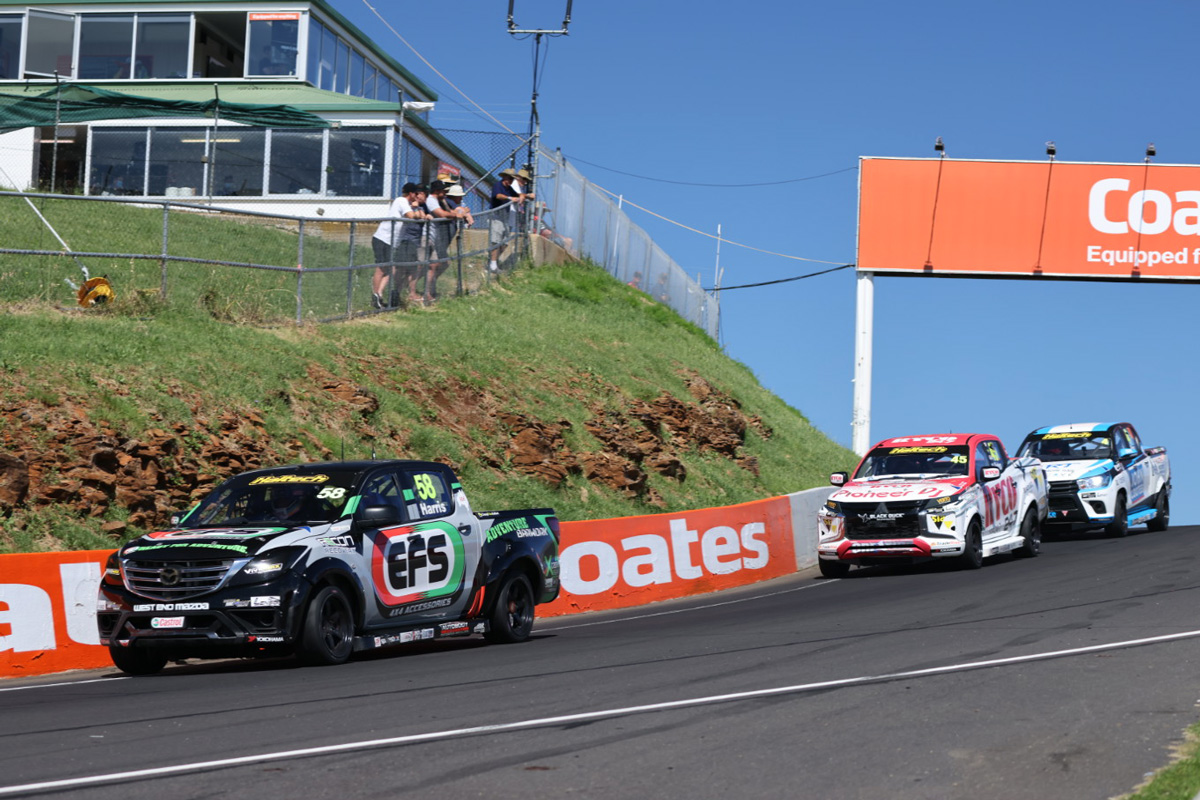 The triumph comes on a controversial weekend in which Harris and chief title rival Aaron Borg collided at Forrest’s Elbow in the penultimate race of the season on Thursday, resulting in a DNF for the latter.

Having been slapped with a 10-second penalty that demoted him from first to sixth on that occasion, Harris entered the decider 16 points clear of Cameron Crick, with Borg a further 24 in arrears.

Harris looked set to seal the deal in triumphant fashion, charging from fifth to first by the time final lap began.

However, there would be one last dose of drama, when the #58 Mazda BT-50 suddenly slowed on the last run down Mountain Straight.

By the time he reached The Cutting, Harris had plummeted to fourth, with Borg, David Sieders and Crick all moving by.

The 36-year-old though would limp home in fourth, enough to secure the title – his fifth across three different eras of ute racing (three in V8 Utes, one in diesel SuperUtes, and now one in V8 SuperUtes).

Borg, who had started 10th, finished his campaign on a high with the Race 4 victory, having successfully divebombed Sieders into Murray’s Corner before capitalising on Harris’ misfortune.

Sieders came home second, having led the early stages after getting the better of Crick off the startline.

Crick was third and finished as season runner-up.

Among those to find trouble were Ben Walsh, who finished seventh after clipping the wall coming out of The Cutting.

Craig Jenner was the last finisher, surviving a spin out of Hell Corner that sent the right-rear of his #50 towards the inside wall.