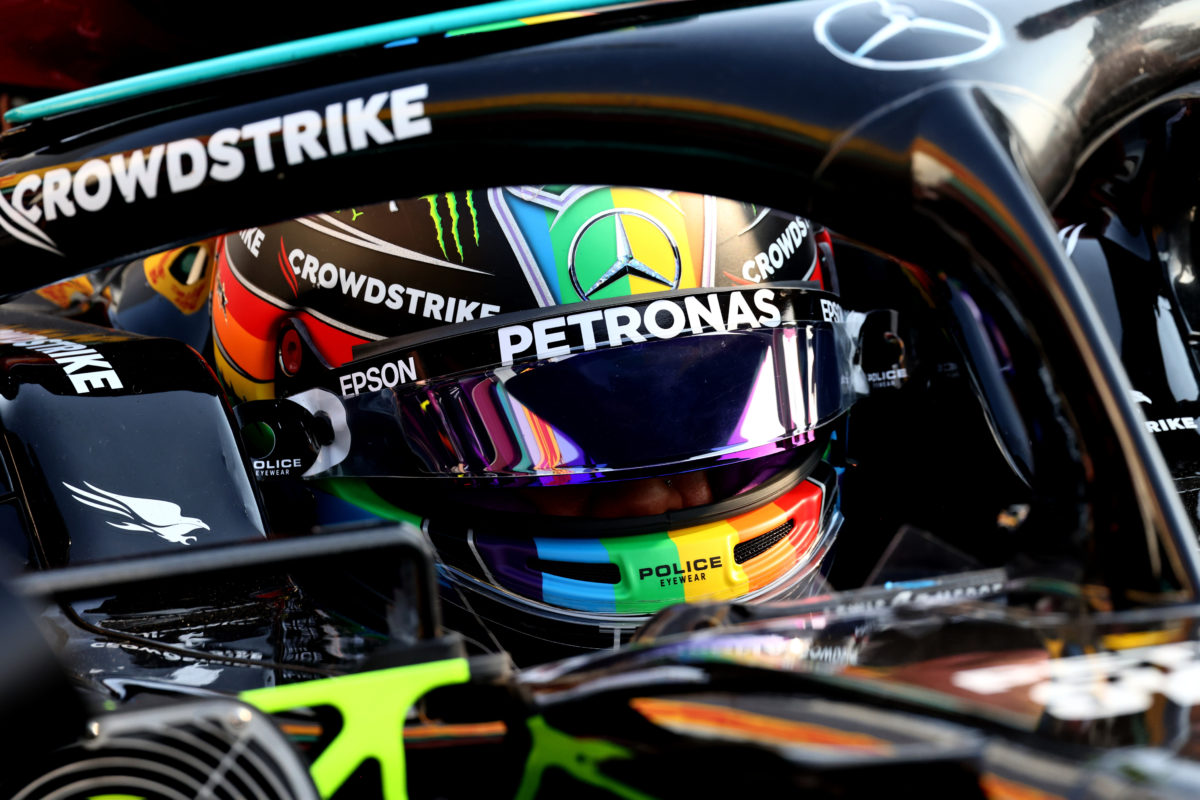 Lewis Hamilton has topped opening practice for the Formula 1 Saudi Arabian Grand Prix after a surprisingly clean session on the brand-new venue.

Predictably, it was a busy start, with Verstappen uncharacteristically on track in the opening 90 seconds.

Teams opted for a mixture of the three tyre compounds available as they looked to maximise their learnings in their early runs.

Though Verstappen was fastest, the Dutchman was taking chunks out of his previously laps suggesting the 1:31.736s he set just prior to the 10-minute mark were someway off the ultimate pace.

That was evidenced by his improvement to 1:30.920s soon after, his early efforts all set on the hard compound tyres.

The pecking order was therefore misleading as drivers and teams continued to learn the nuances of the Jeddah Corniche Circuit.

Having slowly built up throughout the opening 25-minutes, Verstappen looked to be exploring the limits shortly before the halfway point.

The early field spread was significant, 5.7s between Verstappen and Nikita Mazepin at the foot of the standings after 30-minutes – the Haas driver’s time only just inside the 107 percent of the outright pace.

As one the field swapped to the soft compound tyres in the second half of the 60-minute hit out.

That soon saw Valtteri Bottas shoot to the top with a 1:30.009s lap, narrowly edging out Verstappen’s earlier best.

The pair sat a comfortable 0.5s clear of the remainder of the pack, headed by Carlos Sainz’s Ferrari until Pierre Gasly logged a 1:30.263s with 16 minutes to run.

Slightly out of sequence with his team-mate and championship rival, Hamilton then lowered the bar to a 1:29.786s to move 0.223s clear.

The final minutes saw teams diverge on the tyre front, with all three compounds in use once more.

Sergio Perez remained on the softs to improve to 11th fastest, his 1:30.960s still 1.1s away from Hamilton’s best.

Importantly, aside from a few drivers running over the kerbing, the field completed the session without drama.

All recorded at least 20 laps, Esteban Ocon the busiest with a total of 28 laps.

However, it was a largely unrepresentative session, with the weekend’s meaningful running all taking place later in the evening.

However, it did provide an opportunity to validate key aspects of set up such as ride height and track grip, ahead of those factors being refined ahead of Free Practice 2.