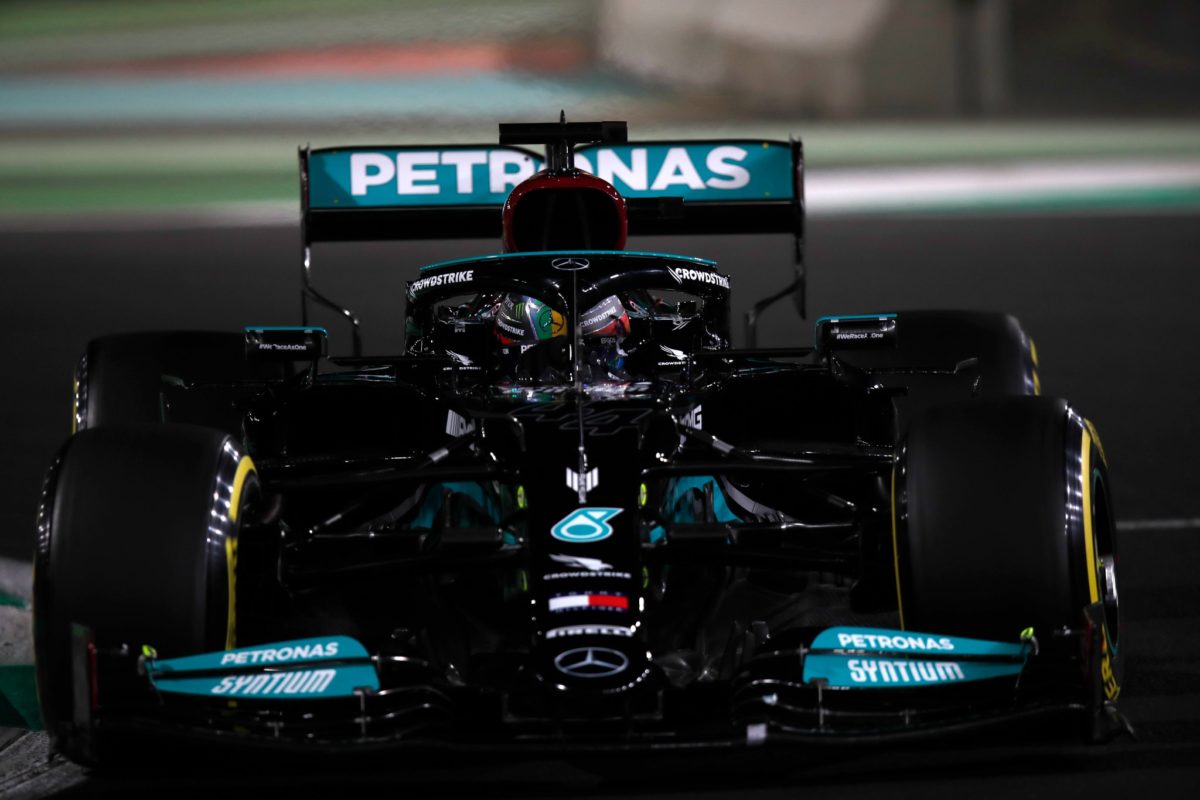 Lewis Hamilton has topped a second practice session for the Formula 1 Saudi Arabian Grand Prix dominated by traffic and shorted by a hefty crash for Charles Leclerc.

The session otherwise ran broadly without incident until Leclerc lost control of his Ferrari at high speed in Turn 22 with five minutes remaining.

As the session began, teams were again quick to head out as conditions more closely resembled what is expected during qualifying and Sunday’s race.

The day’s earlier session was held in the evening sun, with conditions far hotter and brighter than that seen under the night lights.

Medium and hard compound tyres were the order of the day, with only Lando Norris opting for the softs.

Verstappen soon banked a 1:30.104s on the medium tyres, a lap which came following an off-track moment at Turn 8 after he straddled the kerbing.

Even in the early minutes traffic proved a feature, with cars building up to, or backing off after a flying lap.

The sinuous nature of the circuit made it difficult for slower runners to stay off the racing line, while backing up in the final sector promises to prove a serious issue in qualifying.

Having lowered the bar to 1:29.706s, Verstappen improved to a 1:29.290s, bumping Yuki Tsunoda from top spot after the Japanese driver briefly headed the session.

George Russell reported a brake-by-wire failure, stating that the pedal went to the floor before coming back to him, the Brit remaining on track.

Hamilton all but matched Bottas’ pace soon after, logging a 1:29.018s to leave the Mercedes duo first and second, still 0.2s clear of third-placed Verstappen.

Focus soon shifted to qualifying simulations, the field all having bolted on the soft compound rubber as they looked towards Saturday evening’s session.

While traffic had proved a problem earlier, during the qualifying simulation phase it proved nothing short of terrifying on a circuit littered with blind corners and few straights.

Hamilton had two narrow escapes, aborting one lap before passing a line of seemingly stationary cars ahead of the final corner next time around.

Pierre Gasly did manage a traffic free lap as he rose to third fastest with a 1:29.099s.

As has become standard practice, the latter third of the session was dominated by longer runs with the focus having switched from Saturday to Sunday.

The opening complex proved a difficult one, with drivers either out-braking themselves on entry or upsetting the car on the kerbs as they navigated the left-right combo, losing time as a consequence.

With just under five minutes remaining, Charles Leclerc crashed at Turn 22 to draw the red flag.

It was a significant impact for the Ferrari, tearing the rear wing off the car while also plucking off the right-hand-side wheels, the Monegasque driver able to climb free.

Replays showed the rear of the car got away from him as he rounded the left-hander, sliding into the Tecpro barriers on the outside of the corner with the left-rear, whipping the car around as it did so.

With so little time remaining, the session was not restarted to leave Hamilton fastest from Bottas, Gasly, and Verstappen.

A final practice session remains, at 01:00 AEDT on Sunday morning, ahead of qualifying at 04:00 AEDT.