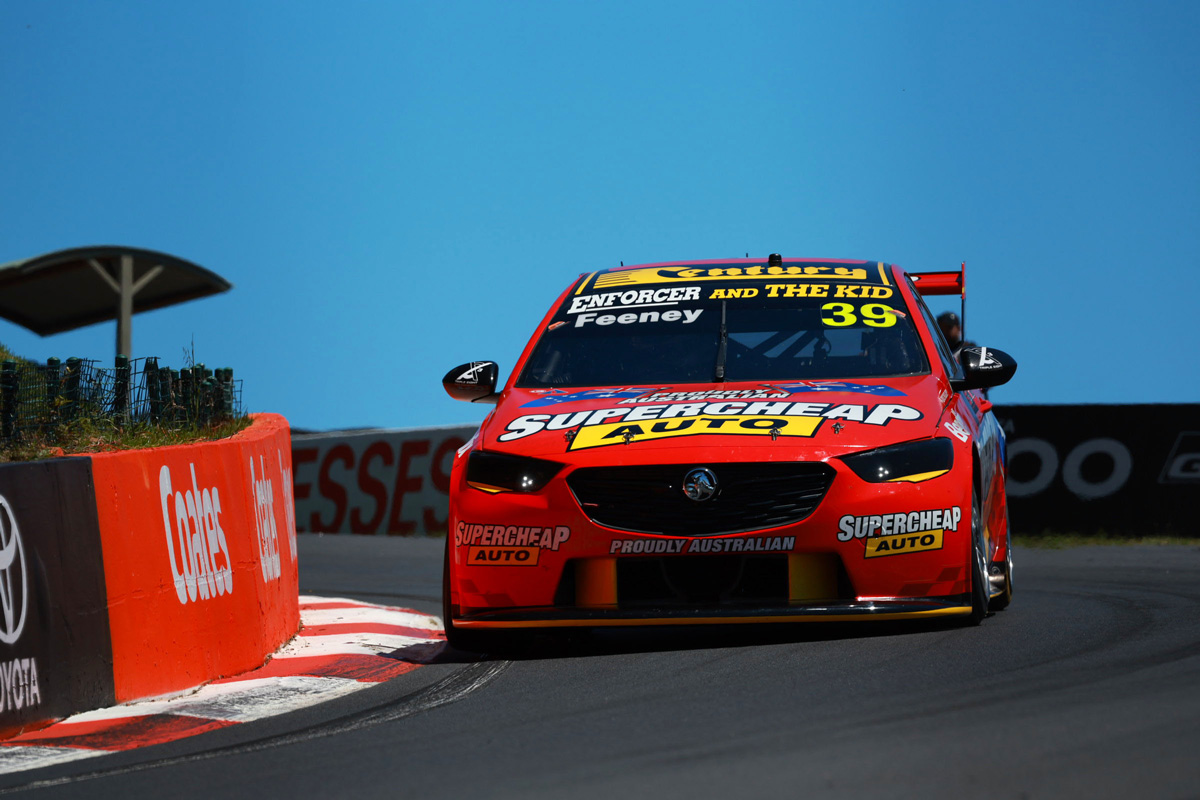 The automotive parts retailer is this year supporting a third Triple Eight Race Engineering entry at Bathurst, with Broc Feeney and Russell Ingall its drivers, and could renew those efforts in 2022.

Ward has been stoked with how the programme has panned out since being announced in April, with tomorrow’s 161-lapper the culmination of those efforts.

“This is our 24th year in a row that we’ve been supporting Supercars fans,” Ward told Speedcafe.com.

“And the fans have really loved The Enforcer and The Kid programme.

“Obviously backed by Triple Eight we’ve got high hopes for what Russell and Broc can achieve in the actual race itself, but the programme has been really well supported by the fans and I’ve got to say given we aren’t the naming rights sponsor, it is really nice to see a bright red Supercheap Auto Holden running around the track.”

A 2022 programme is on the cards albeit not confirmed; either way Feeney cannot return given he’s replacing the retiring Jamie Whincup in Triple Eight’s full-time Supercars Championship programme.

Craig Lowndes has been mooted as an option, given there’ll be a five-into-four situation for the Banyo squad’s main cars (Shane van Gisbergen, Feeney, Whincup, Garth Tander, and Lowndes).

Ward did not give anything away on that front, other than to indicate fans’ preference would be taken into account.

“We obviously lose Broc as a potential driver for our wildcard car in 2022, and so maybe it comes down to what drivers are available or what drivers the fans are interested in,” he said.

“So my encouragement to the fans is to jump on our Facebook page and tell us who should drive for us next year and we’ll see what we can do.”

Ward also touched on a point observed by fans this week; whether the Supercheap car was being neglected due to rival company Repco’s naming rights sponsorship of both the Bathurst 1000 and the Supercars Championship as a whole.

Neither Feeney nor Ingall have been interviewed on the Supercars broadcast to this point.

“It would be disappointing if Supercars media chose to selectively eliminate coverage of a car because of who the sponsor is,” noted Ward.

Feeney and Ingall will start the 1000 from 15th on the grid.