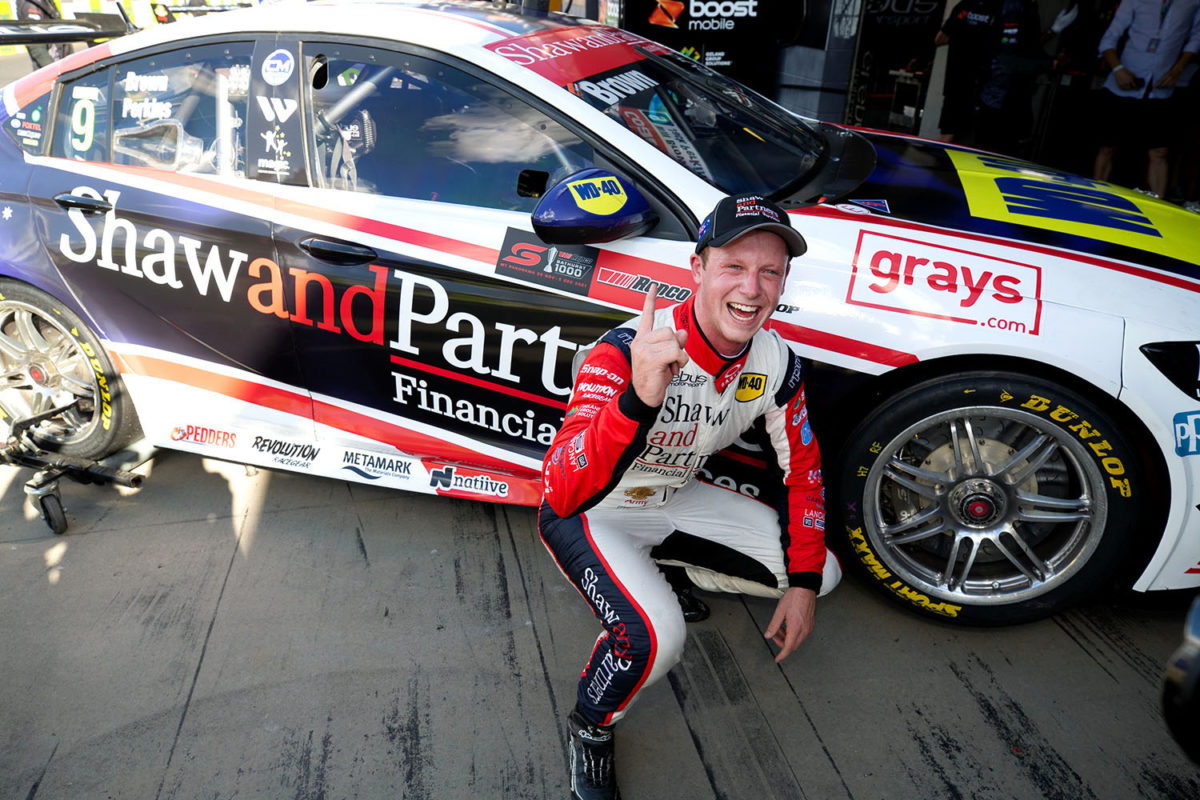 Erebus holds provisional pole position for the Repco Bathurst 1000 courtesy of Will Brown, with team-mate Brodie Kostecki also making the Top 10 Shootout in its other ZB Commodore.

In doing so, it has essentially picked up where it left off at Eastern Creek just under a fortnight ago, when it was, for the most part, the second-fastest team in the field.

That period was hardly trouble-free for Erebus, which notably bungled a number of pit stops, but it ended its time in the Harbour City with a run of seven top 10 finishes out of a possible eight across the last four completed runs.

The odd one out was in fact an 11th for Brodie Kostecki, while one of those top 10s was a maiden Repco Supercars Championship race win for the man who is now just a single lap away from pole position for the Great Race.

“I think the intensity of the four weeks at Sydney when we were actually shooting for podiums and wins and stuff, they’ve all learned a bit more about dealing with stress,” Ryan told Speedcafe.com.

“Some of the pit stop errors and all that stuff, it helps you grow the team real quick when you can be up the front like that and make errors and learn how to deal with it.

“So, I think the anxiety of the guys is getting controlled better, just through success.”

Erebus had not been quite the persistent presence near the top of the timesheets prior to qualifying that Walkinshaw Andretti United and Tickford Racing have been.

However, there has hardly been a hitch for the Melbourne-based squad, which was able to return home after the fourth Sydney event while the Queenslanders were unable to get back into their own state.

“It pretty much has [gone off without a hitch so far],” said Ryan.

“The boys have done such a good job preparing the cars, and it made a big difference for us to go back to Melbourne as a team, more for mentally just going back and having a couple of days off.

“We spent five solid days prepping the cars and had two good days off, and came here really fresh.

“I feel for the guys who haven’t gone home – the Queensland guys – but we did it last year so we know what it’s like.

“We took advantage of being able to go home this year and the boys have shown that the cars are prepped perfectly and the drivers have been ready to go.”

While Brown and Kostecki are six positions apart as the grid currently stands, Ryan thinks the latter’s first-lap pace makes him one to watch when 10 drivers get just one lap to seal their spot on the grid.

“Brodie’s probably been the form guy out of the gate, first lap sort of stuff,” he noted.

“So, both of them have been good, but for the shootout, I reckon either of them can have a crack at pole, so it’s good.”

However, race pace is also said to be a positive, as evidenced by how Brown’s co-driver Jack Perkins and Kostecki’s co-driver David Russell have been faring in practice.

“Both the co-drivers have had some long runs, and pretty consistent and comfortable, so, yeah.”

Erebus’ Bathurst speed has come on the same weekend that it announced an expansion on Boost Mobile’s title backing to both cars in 2022.