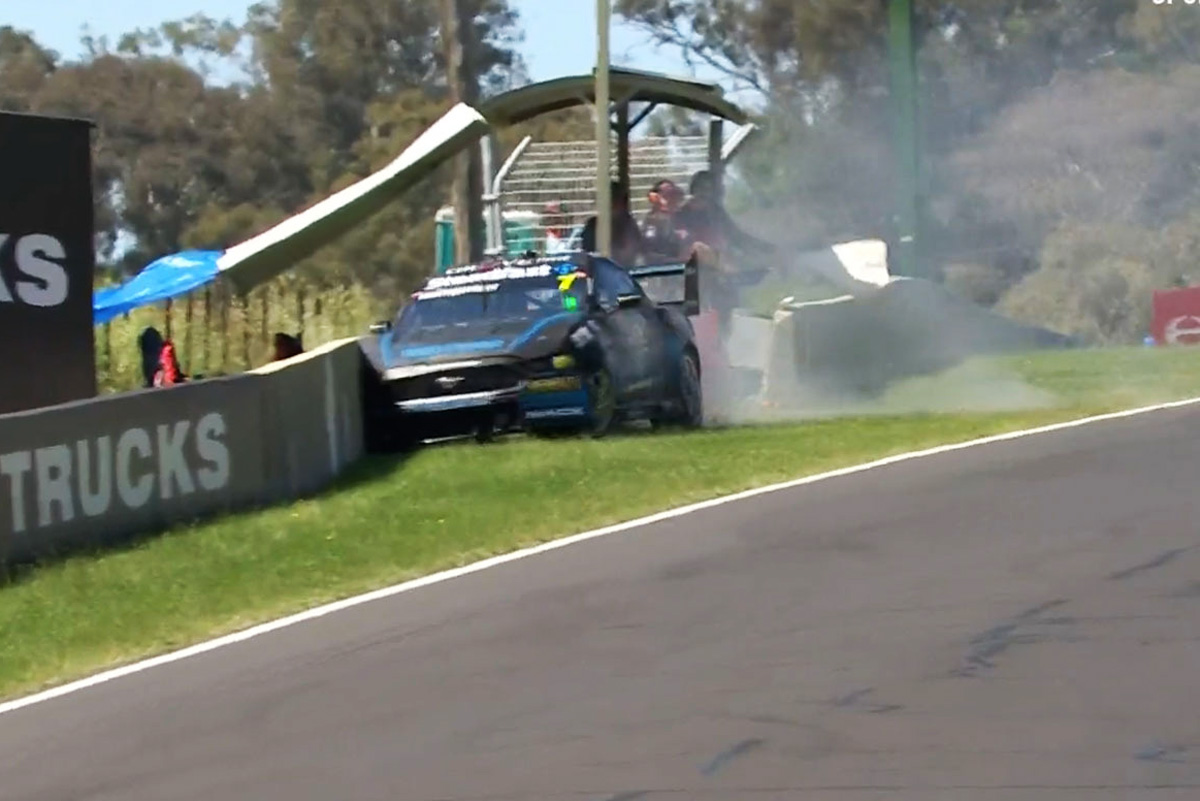 The Mountain has bitten Australian Porsche star Matt Campbell, bringing out the red flag in Practice 5 at the Repco Bathurst 1000.

Campbell swiped the left-side wall at Reid Park, but there was more trouble to come when his steering let go down Conrod Straight, firing the out-of-control – albeit relatively slow-moving – #7 Mustang into the fence on driver’s right.

That brought the hour-long session to a halt at roughly the 11-minute mark, with the Ned Racing-backed Kelly Grove Racing entry towed back to pit lane.

“So, coming down The Mountain something started to break, started to veer to the right and obviously from the crash it has sheared a brake line or something,” Campbell explained.

“And as I’ve gone to the brake pedal it’s gone to the floor more or less, and then at the same time the pedal box has just accelerated too so I couldn’t stop but I was also going a little bit faster.

“So it’s a shame for the second part of the accident because I was just going slowly, something broke and started to veer to the right and there was nothing I could do.

“So it’s unfortunate and I feel sorry for the boys but the car was feeling good until then.”

Campbell was a late call-up to replace Earl Bamber as Andre Heimgartner’s co-driver for the 2021 Great Race.

The Heimgartner/Campbell Ford Mustang will start the 161-lapper tomorrow from 17th on the grid.