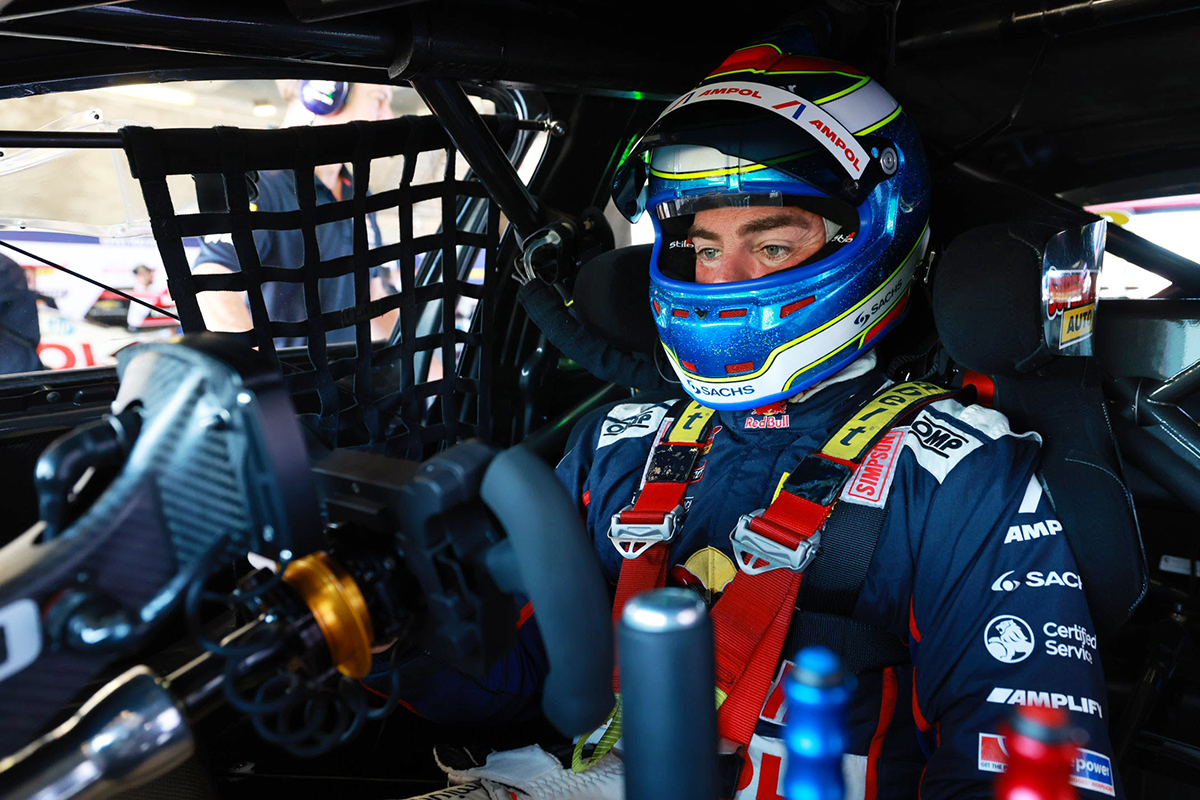 The team spent much of Practice 5 trying to remedy the issue, which Lowndes said made it impossible to see out of his mirrors.

After Whincup said he encountered the issue on Friday, the team replaced some componentry overnight, though that didn’t help.

To help the wing mirror visibility issue, the team added small strips of foam between the door and chassis.

“We’ve changed the transaxle and the prop shaft overnight, which I think most teams did,” said Lowndes.

“Through the steering wheel, through the seat of your bum, through the gearbox or the gear lever, there was no vibration, so you eliminate mechanical grip.

“We’ve sort of had to space out the door because when I was going down for the first time it basically, the mirrors, it was like I was looking through Skaife’s glasses.

“So I couldn’t see anything. Then of course we didn’t know whether it was door-related, boot-related, bonnet-related, we knew it wasn’t splitter-related because it wasn’t under brakes.

“It’s one of those things, we do a lot of preparation. Every team does, but we didn’t have the symptoms yesterday but it’s come into the car today.

“We talk about these two-dollar parts having a failure, it’s a door.”

Nevertheless, Lowndes was upbeat at the end of Practice 5.

He would end the session ninth while the sister #888 entry of Garth Tander was 11th.

“We put some fuel in it then. That lap time we did on a used tyre and we tried to do a start.

“I was actually smart enough and pulled up on grid 11, but really, for us, the race car is a nice thing to drive. Touch wood, it’s going to be good for tomorrow.”

Practice 6 will get underway at 12:15 local time/AEDT.