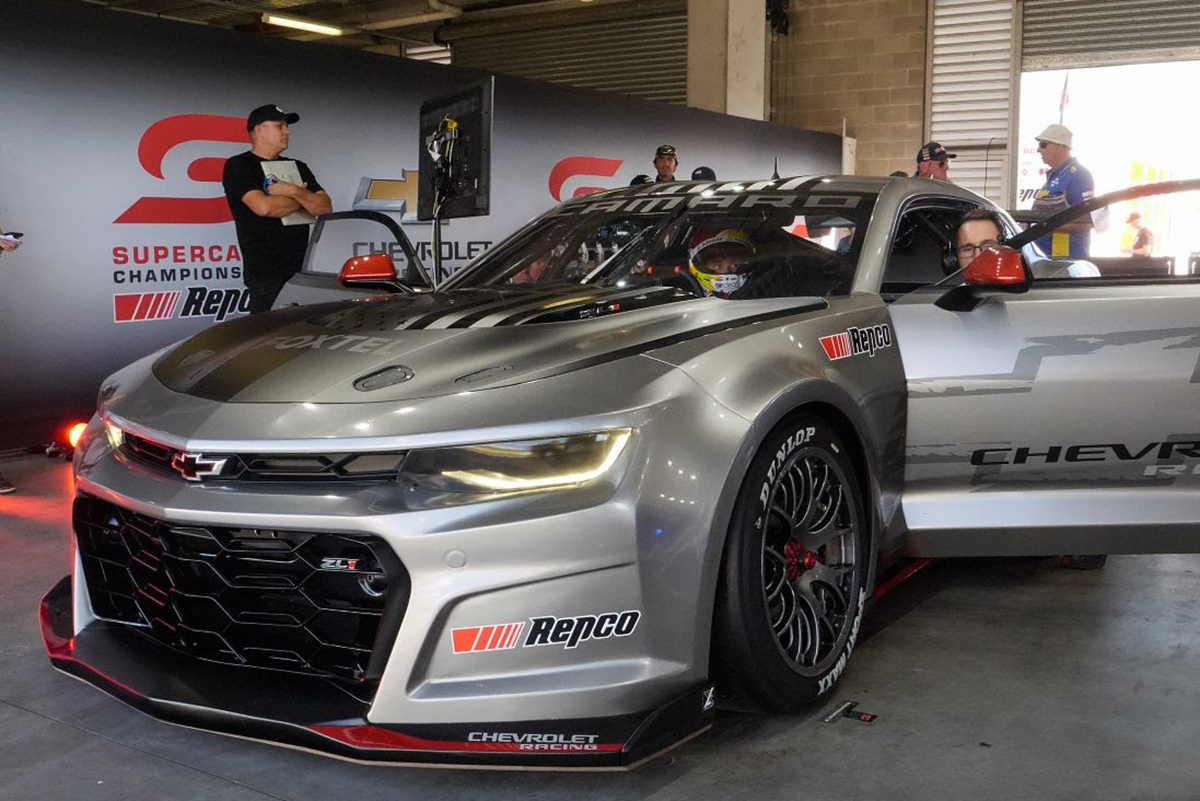 Mark Winterbottom has cut his first laps in a Gen3 prototype at Mount Panorama, hailing Supercars for getting the sound right.

Red Bull Ampol Racing’s Shane van Gisbergen got the first honours to cut a lap of The Mountain in the Camaro.

At the conclusion of Friday’s running at the Repco Bathurst 1000, Winterbottom got behind the wheel of the Camaro while Tickford Racing’s Cameron Waters drove the Mustang.

Team 18 has already indicated it plans to run the Camaro in 2023 when the next-gen cars begin racing.

“I’ve just jumped out of the Gen3 Camaro and it’s a pretty cool car,” said Winterbottom.

“I’ve got to say I’m really impressed with the noise. I think they got the sound of the engine right, it’s very grunty and the torque on it is ridiculously strong.

“I’m really honoured to be one of the first guys to drive it but I can’t wait to have one of my own, they are such a cool car.

“I’m rapt, I think they’re going to be great for our sport, they feel like a nice platform, they move around a bit more which is great but at other points they’re quite solid, so bring on 2023. I’m sure it will be worth the wait.”

Winterbottom qualified the #18 Holden ZB Commodore that he’ll share with Michael Caruso in 14th for the Bathurst 1000.

Team-mates Scott Pye and James Golding in the #20 entry will start alongside them in 13th.

“We just weren’t quick enough in qualifying today, so we’ll start P14 for the Great Race on Sunday, so tomorrow we get the afternoon which is not what I planned to do,” Winterbottom added.

“We lost a bit of speed and couldn’t get that session one [Practice 1] car back, but we have two more practice sessions tomorrow to make our race car as fast as possible

“Frustrating day but all in all the car is still straight and we’ll fight hard on Sunday.”