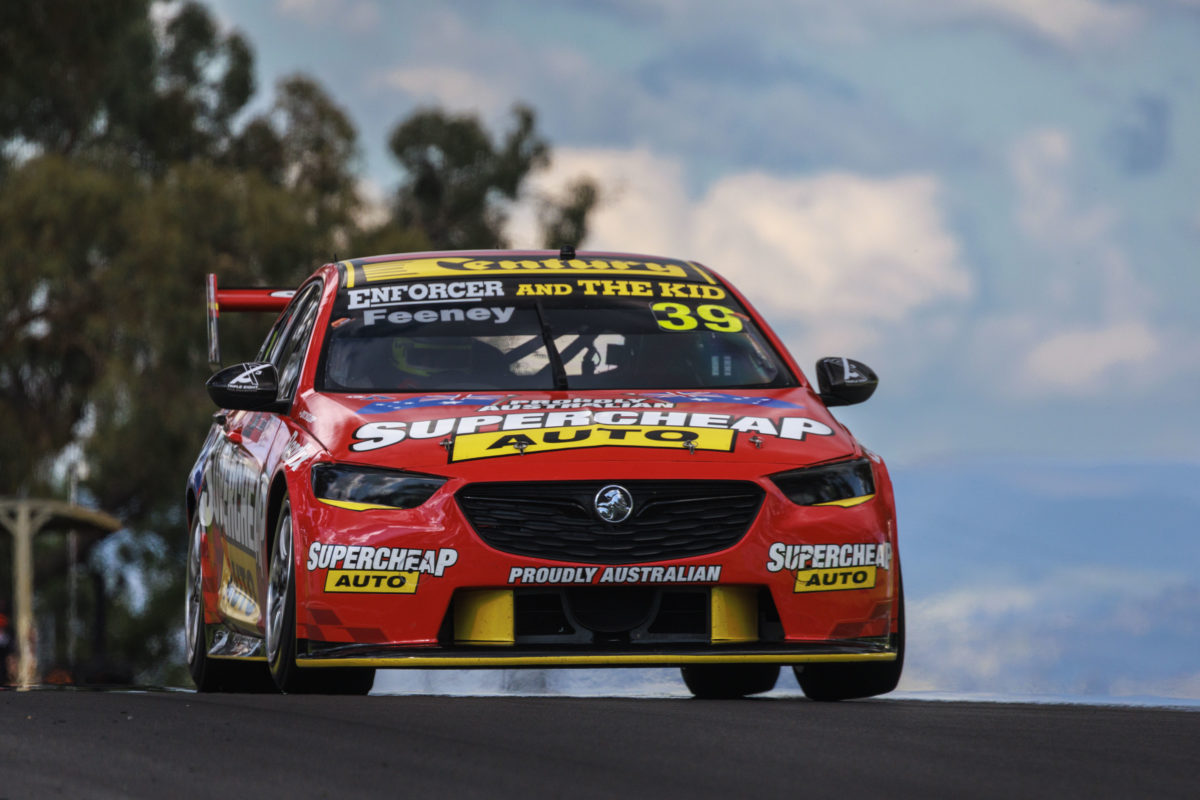 Swapping between a VF Commodore and a ZB has been Broc Feeney’s biggest challenge so far in his Bathurst 1000 campaign, according to Triple Eight’s wildcard team manager, Matty Cook.

Feeney was 15th in his first ever qualifying session for the Great Race after clocking a 2:04.8273s around Mount Panorama, 0.9284s away from provisional pole.

The 19-year-old set that time in the Supercheap Auto ZB Commodore, which is a significantly different proposition across the top from the car which he took to victory in Race 1 of the final round of the Dunlop Super2 Series.

“I think the only thing is – and he’s not even struggling with it – the biggest difference is between the two cars,” Cook told Speedcafe.com.

“He’s not fussed about anything else – he’s confident in all of that – but, it’s just the massive aero shift between the VF to [the ZB].

“Then he jumped in the Super2 car before that session, he’s like, ‘I’m back in the old girl, it felt like an old slipper.’

“Even in that race, he said, ‘I wasn’t even trying.’ He got to a second, second-and-a-half lead, maintained that, and he said, ‘I didn’t even need to push,’ and he ended up being two seconds ahead of [runner-up Jayden] Ojeda [at the finish].”

Triple Eight has been impressed so far this weekend with how the youngster who will replace Jamie Whincup in 2022 is handling his first Bathurst 1000 as lead driver in a car.

Feeney is even said to have been capable of putting the #39 Supercheap Auto entry 11th on the grid if not for a moment on a hot lap.

“Amazingly, he should have been P11 with all his eclectic times and [on] what was going to be his fastest lap, he had a big slide at the top,” explained Cook.

“He was on for P11 on the predicted, but we’re stoked with 15th; that’s absolutely amazing.

“We didn’t even think we’d be sort of that far up, but he’s a decent little peddler, so it’s good.

“It’s a good place to start; obviously a long race on Sunday but being that further up, [we’ll] just keep our nose clean, stay out of trouble, and see what happens at the end.” 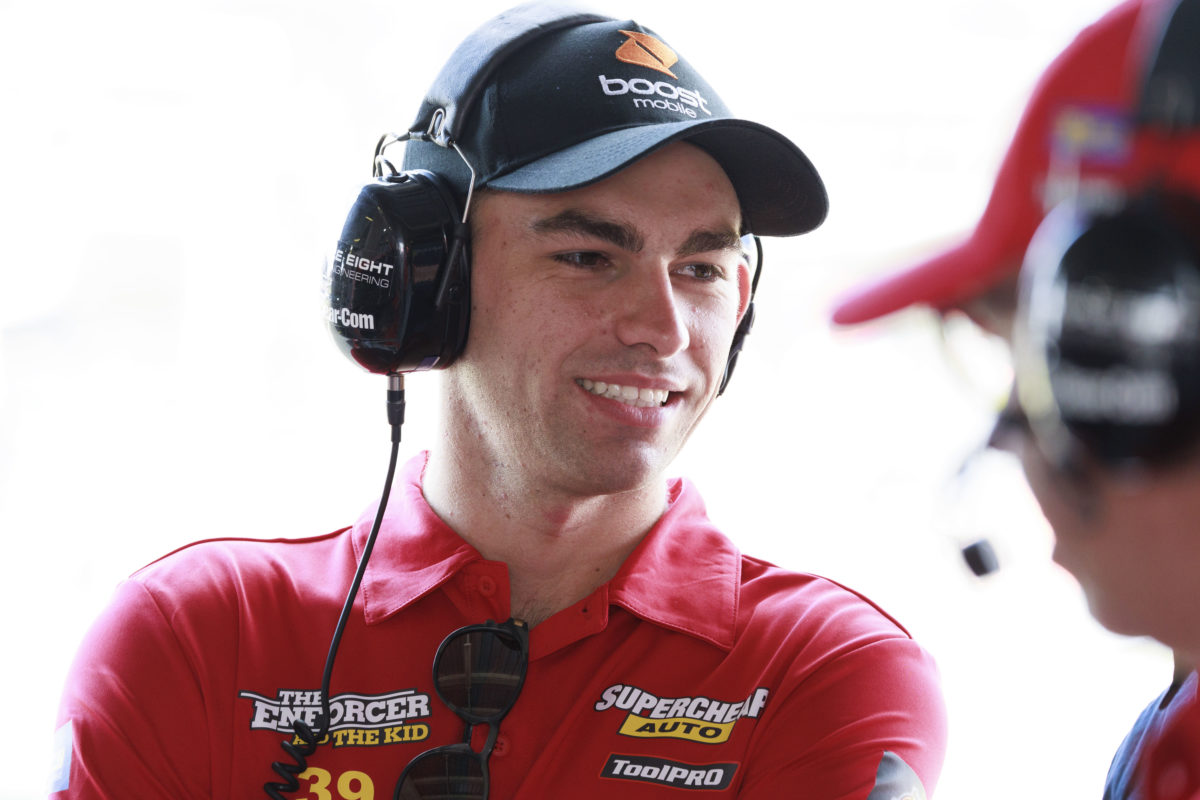 Feeney is sharing the Supercheap Auto car with Russell Ingall, who boasts two Bathurst 1000 wins but had been retired for five years before arriving at this year’s Great Race.

Ingall was slowest in Thursday’s co-driver session by over four tenths of a second, but was more competitive on the second day of the event.

Cook says that the focus for the 57-year-old is to tap into that experience in time for Sunday’s 161-lapper.

“To be fair to him, we didn’t give him the best tyres,” he said of Ingall’s Thursday running.

“It was just about doing laps, just getting re-familiarised with the track, hopefully a bit of muscle memory comes back, and just keep doing some laps.

“He was a bit off the pace yesterday but we gave him a green set of tyres today and he was pretty racey, he got up there a fair bit, so no real concern at the moment.

“Come the race, he’s just going to take it back to five, 10 years ago, whenever he last raced here, and we’re still pretty confident he’s going to do a decent job.

“He’ll let the faster guys through, he’ll hold off the blokes he needs to hold off, and bring the thing home nice and straight; that’s what we want.”

Driver comfort is something of a theme across the Supercheap Auto car, with Cook promising to “just keep doing what we’re doing.”

“We’re keeping it very, very simple this weekend,” he added.

“Obviously, we’ve got all the live stuff [data] from Red Bull [Ampol Racing, Triple Eight’s full-time entries], so we’re just picking out all the good bits and just implementing what we need.

“We’re not really changing the car that much. We’re trying a few things for when they’re saying it’s doing this and that – we need to react to that and adjust the car or trim the car – but we’re keeping it very simple.”

Coincidentally, Whincup himself qualified 11th, while 2020 race-winning team-mate Shane van Gisbergen is into the Top 10 Shootout after being seventh-quickest in Qualifying.

Practice 5, for co-drivers such as Ingall, is next up, on Saturday at 10:15 local time/AEDT.