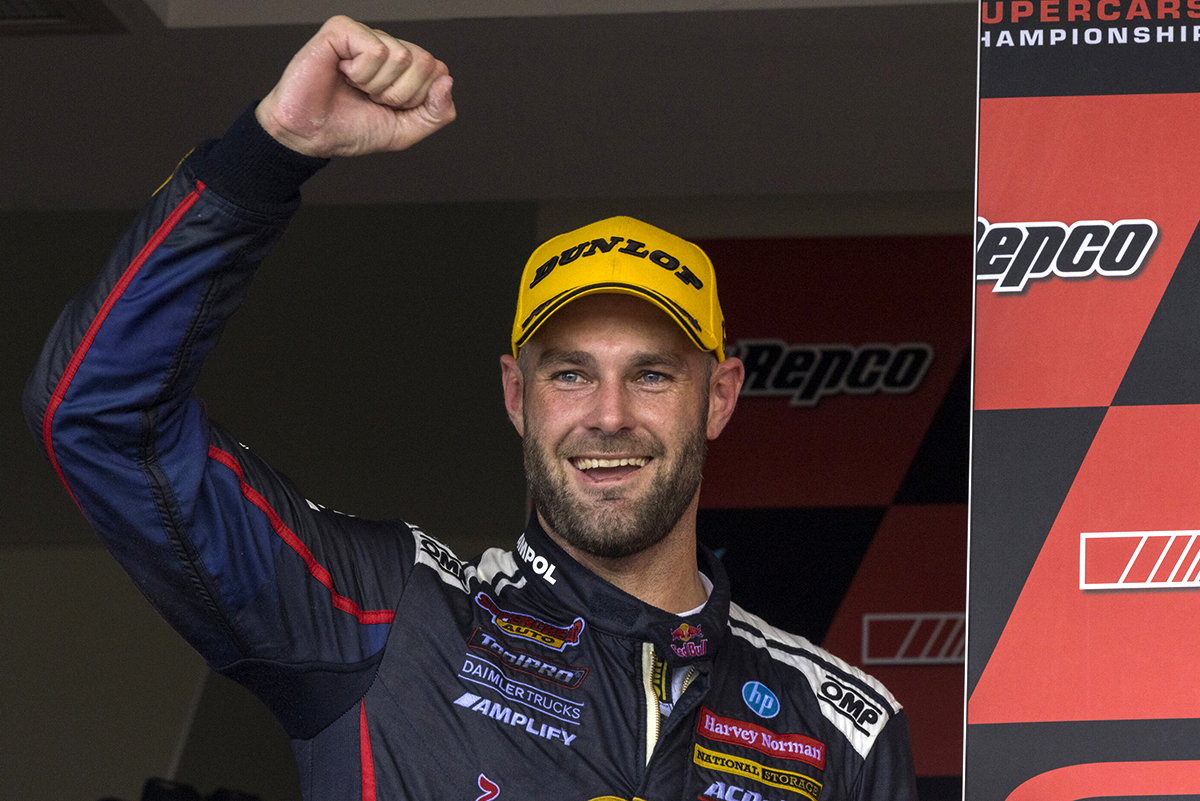 Voted by his Supercars peers, the Drivers’ Driver Award recognises “outstanding conduct during the course of the season”.

Van Gisbergen was also voted the Most Popular Driver in a fan vote.

It’s yet another two trophies for the New Zealander’s cabinet after winning 14 races to date in the 2021 season.

The trophy presentation was made following Qualifying for Race 31 at the Repco Bathurst 1000, leaving van Gisbergen lost for words.

“It’s probably the two coolest trophies I’ve got this year, it means a lot.

“Thanks everyone, thanks all the drivers. It’s a bloody good day; get these, first one to drive the Gen3, it’s awesome.

“I’m out for words. This is awesome. Thank you.”

This year Supercars has opted to award its major gongs throughout the Bathurst 1000 due to COVID-19 restrictions inhibiting the category’s ability to host its Gala Awards Night.

Earlier today Matt McLean was announced as the Mike Kable Young Gun Award winner, which is voted on by Supercars media.