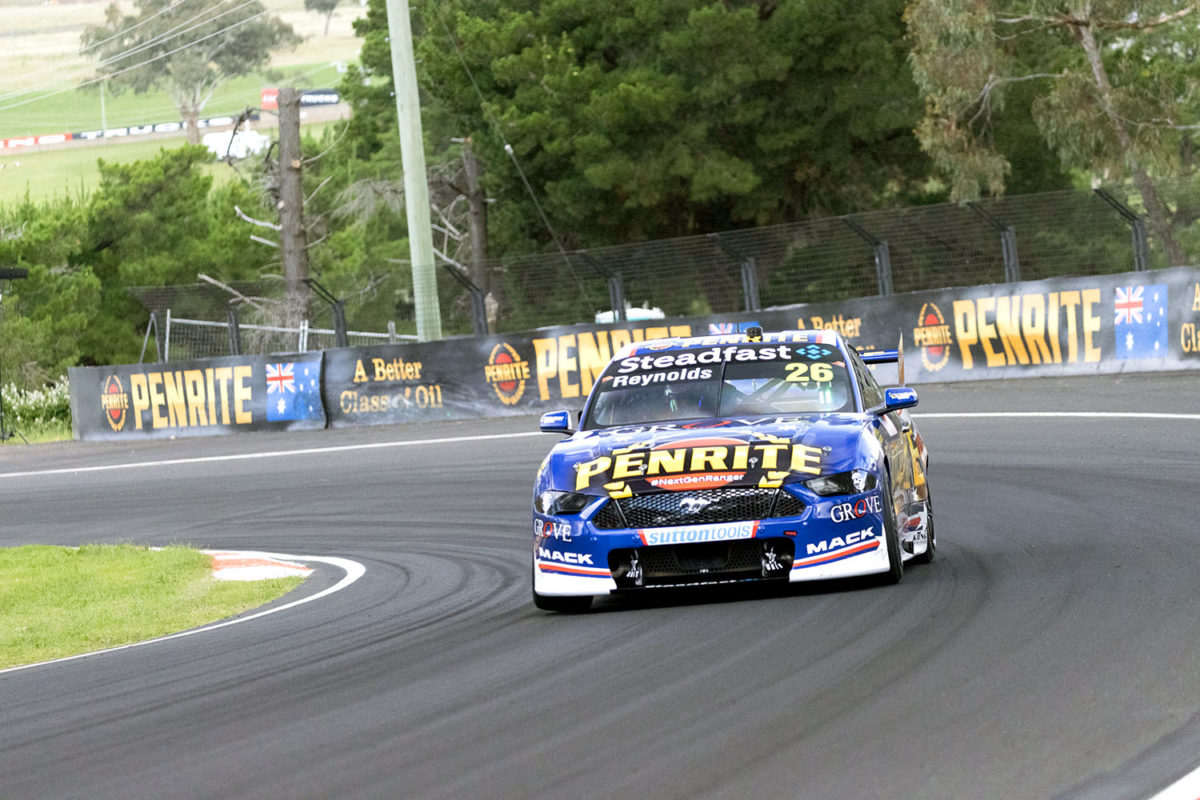 McVean worked on both the #26 Penrite Mustang which races in the Repco Supercars Championship and also the #10 Nissan Altima when Payne made his Dunlop Super2 Series debut just over a week ago at Sydney Motorsport Park.

Despite now being at Mount Panorama for what is far and away the biggest event of the year, the 2017 Great Race-winning engineer has reprised the double act.

That would seem a burden on the face of it, but Grove insists it is not.

Instead, it could actually give McVean an advantage in having extra Supercars sessions to get a read on conditions for the Mustang entry steered by Reynolds and Luke Youlden.

“There’s so much gap between everything and it’s so drawn-out that it’s actually good,” Grove told Speedcafe.com.

“Al can also get a good feel for the track conditions – the sessions are getting closer now between the main game and [Super2], so no, no problem.

“I think it’s actually an advantage for us; [understanding] track condition, tyre conditions… all those sorts of things.”

Helping matters is the fact that McVean is not a full-service engineer for the Super2 effort.

While he works on the car itself and is on the radio during sessions, it is Stephen’s son Brenton, who works in the management of the team and himself raced in Supercars’ second tier as recently as 2019, who is serving as a driver coach to Payne.

Even outgoing team principal Todd Kelly is involved in the young New Zealander’s campaign, given he was integral in the Altima Supercars’ development.

Furthermore, McVean is able to complete all his Super2 work from the KGR garage, solving a logistical problem which had been a consideration before deciding to put him on both cars again.

“Everything’s done from inside, and Brenton has a big input,” explained Grove.

“Even Todd has a bit of input under the motor and setting the motor up, and obviously Todd knows the Nissans pretty well, so it’s worked really well.”

The Groves clearly have high hopes for Payne, who is the preferred option to fill the seat currently occupied by Andre Heimgartner in next year’s Supercars Championship.

Putting McVean on his Super2 car is yet another endorsement of the 19-year-old.

“It’s just good that we can use his experience here,” said Grove of McVean.

“[With] his experience obviously running Dave at that level, we thought it was a natural progression to get that done.”

Reynolds was 13th and Heimgartner 19th in Practice 1 for the Bathurst 1000, before Youlden ended up seventh and Matt Campbell 11th in the Practice 2 session reserved for co-drivers.

Grove is satisfied with where the team stands after the first day of track activity, considering also that Youlden might have gone quicker if not for the late red flag triggered by a crash for Chris Pither.

“I mean, on that last session prior to the red flag, I think Luke was on for a third from timing, but other people could come through,” he noted.

“Matty was on a good lap too, so we feel pretty comfortable. We think we’re in a pretty solid position at the moment.”

Payne earned a starting berth of fifth for today’s first Super2 race of the weekend, with the grid for the second as yet unknown after a spate of red flags in the corresponding qualifying session.

Practice 3 for the Supercars Championship field, also designated to the co-drivers, starts today at 10:40 local time/AEDT.