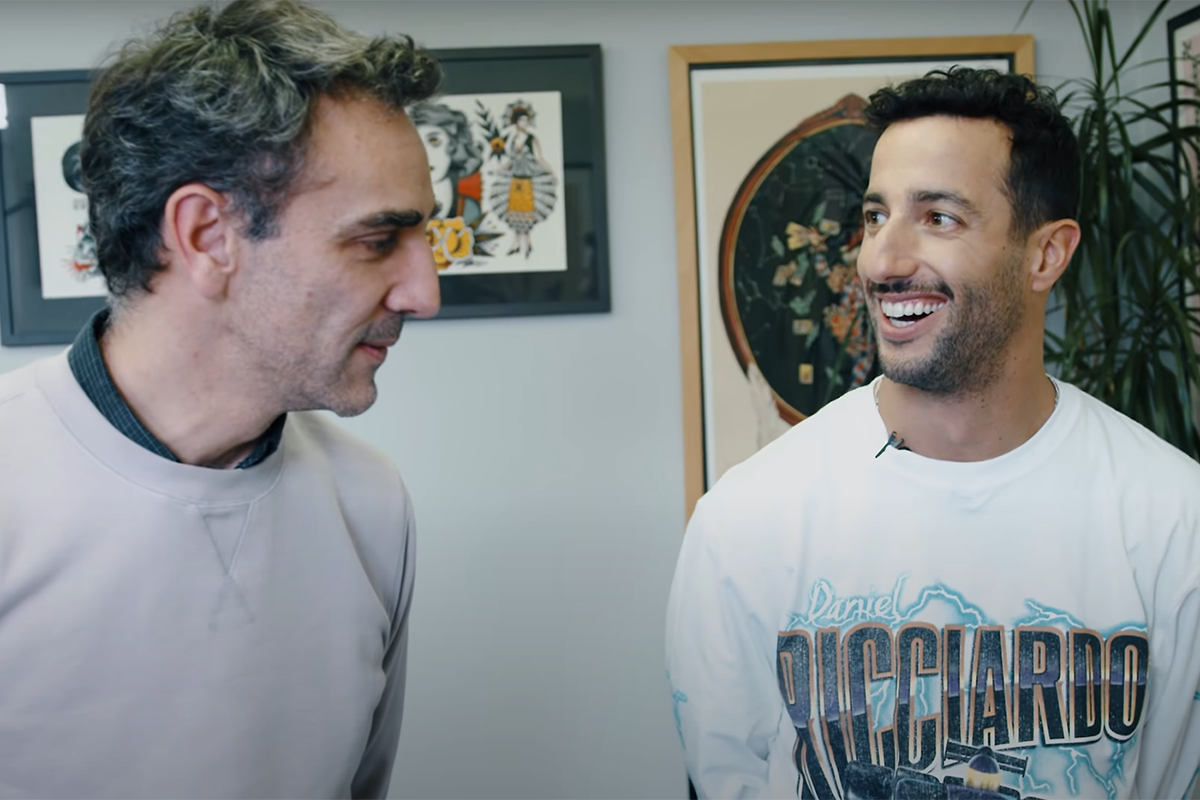 Daniel Ricciardo was envious of his former team boss Cyril Abiteboul as the Frenchman was tattooed in honour of the Australian’s podium in last year’s Formula 1 Eifel Grand Prix.

A bet between Ricciardo and the ex-Renault team principal was settled in the lead up to this weekend’s Formula 1 Saudi Arabian Grand Prix with Abiteboul getting ‘inked’ in London.

The Frenchman opted for a stylised Renault symbol and honey badger, an animal linked to Ricciardo’s on-track persona.

“I was a little bit envious,” the Australian said of the experience.

“Anytime you go to a tattoo parlour, you get that nervous excitement, because you’re going to leave with something that you didn’t have.

“But I was excited for Cyril. It was the first one so it’s a big deal.”

Ricciardo claimed his maiden podium for Renault last October, and admitted he was concerned his bet with Abiteboul would be forgotten about had the saga dragged on.

“I was just more worried that it would become so long that it was kind of irrelevant, because it was hard with travel COVID and just trying to tee up the time,” he admitted.

“I thought if it gets too long, then we might just forget about it, but seems like everyone was pretty excited for it.

“We got there and it was a good time,” he added.

“It was definitely some negotiating design, size, all the rest of it.”

Having ended the 2020 season with two podiums, Ricciardo departed Renault in favour of McLaren.

Abiteboul also left the organization in January, having spearheaded the squad since 2016, and has since joined motorsport engineering firm Mecachrome.