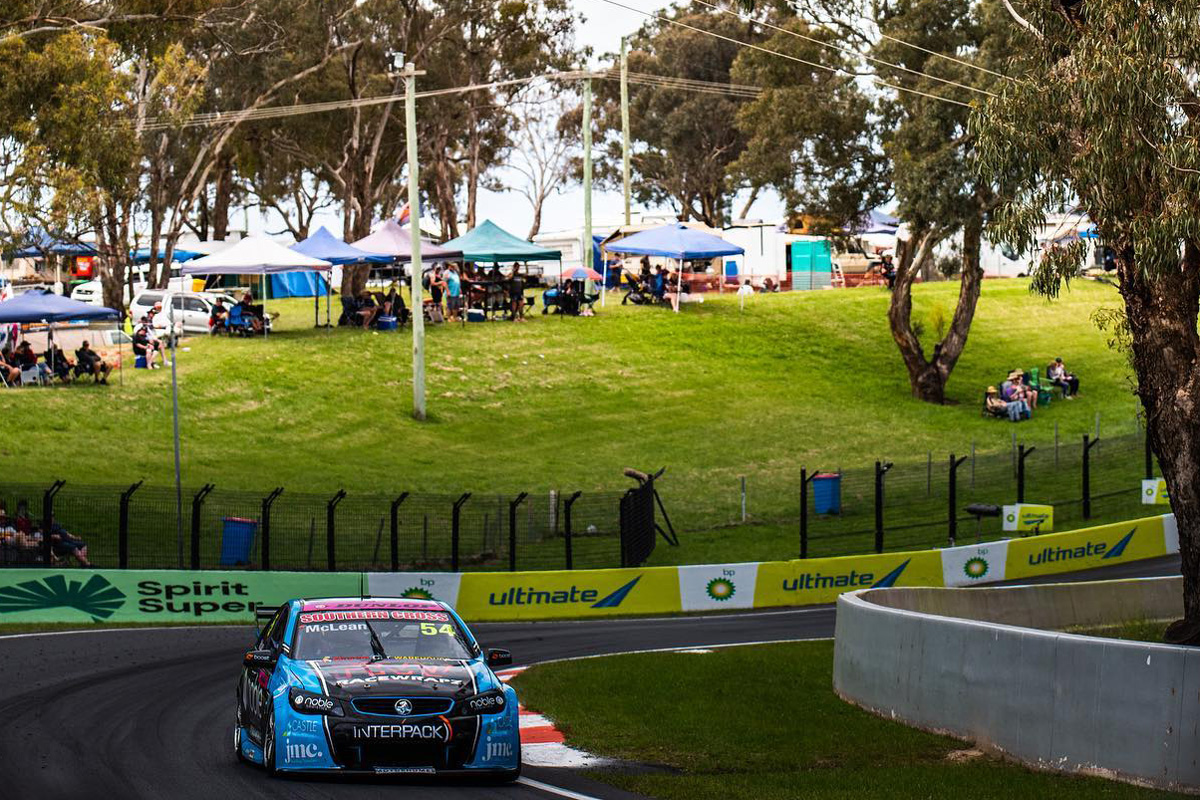 The award is voted on by members of the Supercars media with nominated young drivers vying for the honour which comes with a $15,000 scholarship to further their career in the sport.

The award is named after legendary motorsport journalist Mike Kable, who died of cancer in 2000.

“I don’t even know what to say,” said McLean.

“This is just incredible. Just some seriously crazy names on this list. I just don’t know what to say. I just feel so privileged to now be one of the names on that list.”

McLean is all but guaranteed another title this weekend.

Given Declan Fraser’s omission from this weekend’s final Super2 Series races after crashing in practice, McLean is set to win this year’s Super2 Rookie of the Year title.

The 25-year-old currently sits sixth in the drivers’ standings with a season-best fifth place finish at the opening round at Mount Panorama.

“I can’t wait to get back out there,” said the Eggleston Motorsport driver.

“It’s been real hard before SMP having such a big break. It was like four-and-a-half months since Townsville.

“We had a very good start to the year. Of course we picked up the first three rookie of the rounds.

“We didn’t last round, Declan Fraser did of course, as you mentioned he’s in the fight but unfortunately had a big shunt the other day so he’s not in the running anymore.

“I’m looking forward to getting out there and doing the best I can. It’s something that you only get one chance in your life to get; the Rookie of the Year.

“That was goal one for the year. I just want to tick that off and move onto the next goal which is try and get a top five outright.

“It’s been good. These guys [Eggleston Motorsport] are awesome. They’ve just made me feel at home and the car is always awesome and it’s just a place I really feel like I fit in.”