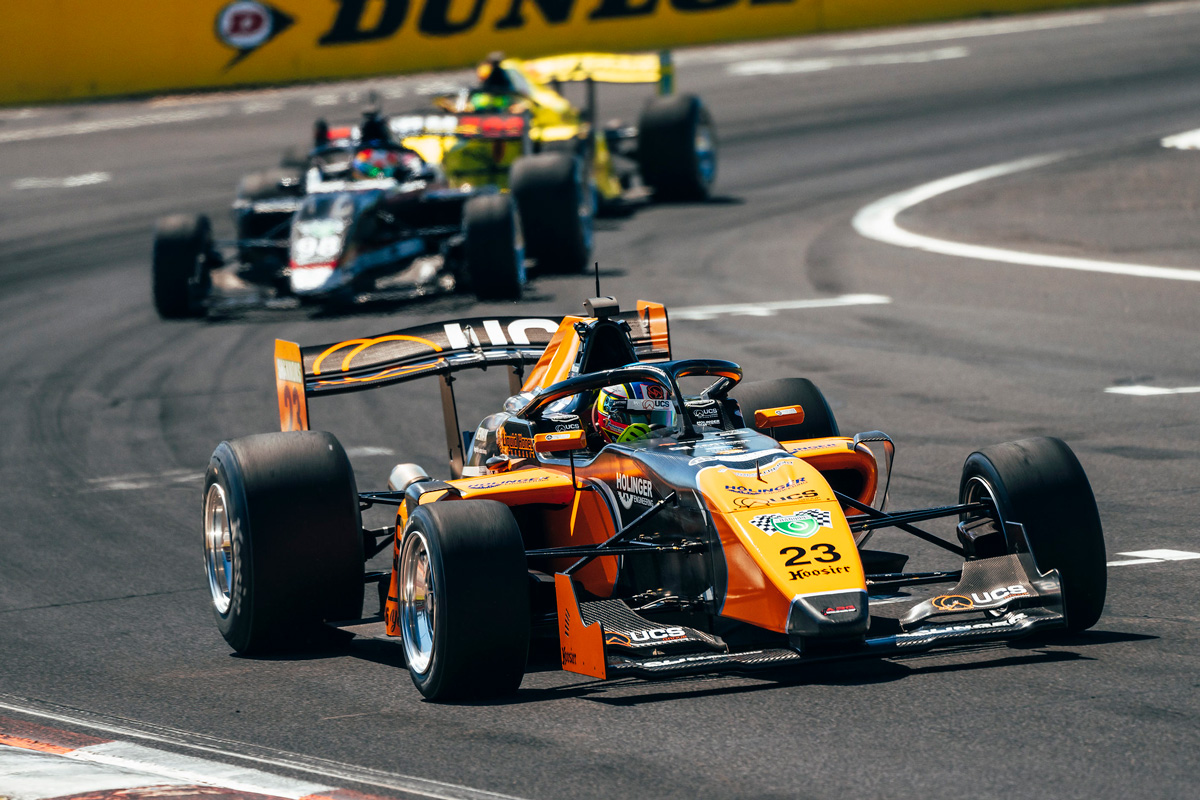 Originally scheduled for 11 laps, only six were completed due to time certainty.

That was chiefly due to a heavy Lap 2 crash for Yoshiaki Katayama at Griffins Bend that necessitated a lengthy Safety Car intervention.

Just one more lap would be completed under green flags, with Tim Macrow staving off a challenge from Merhi to take victory.

Macrow had made a terrific start to move from fourth to first by the time the field reached Hell Corner, with Merhi similarly improving from fifth to second as reverse grid (top 75 percent) pole-sitter Luis Leeds dropped to third.

Leeds almost lost third to Joey Mawson, only for the latter to run deep at The Chase and cede fourth position to James Golding.

On the final run to the chequered flag, Mawson would join Katayama in the non-finisher list as contact sent his #1 Team BRM entry found the wall at The Cutting.

Mawson had been positioned between Garry Rogers Motorsport team-mates Golding and Nathan Herne, but television footage was inconclusive as to exactly what unfolded.

With Mawson stranded on-track at the top, that ensured another racing lap would not occur.

That would see the podium positions unchanged, with Macrow leading home Merhi and Leeds.

Behind was the GRM quartet of Golding, Herne, Cameron and John Martin, with 88 Racing duo Jordan Boys and Blake Purdie bringing up the rear.

The third of four S5000 races this week will start at 11:35 local time/AEDT tomorrow.