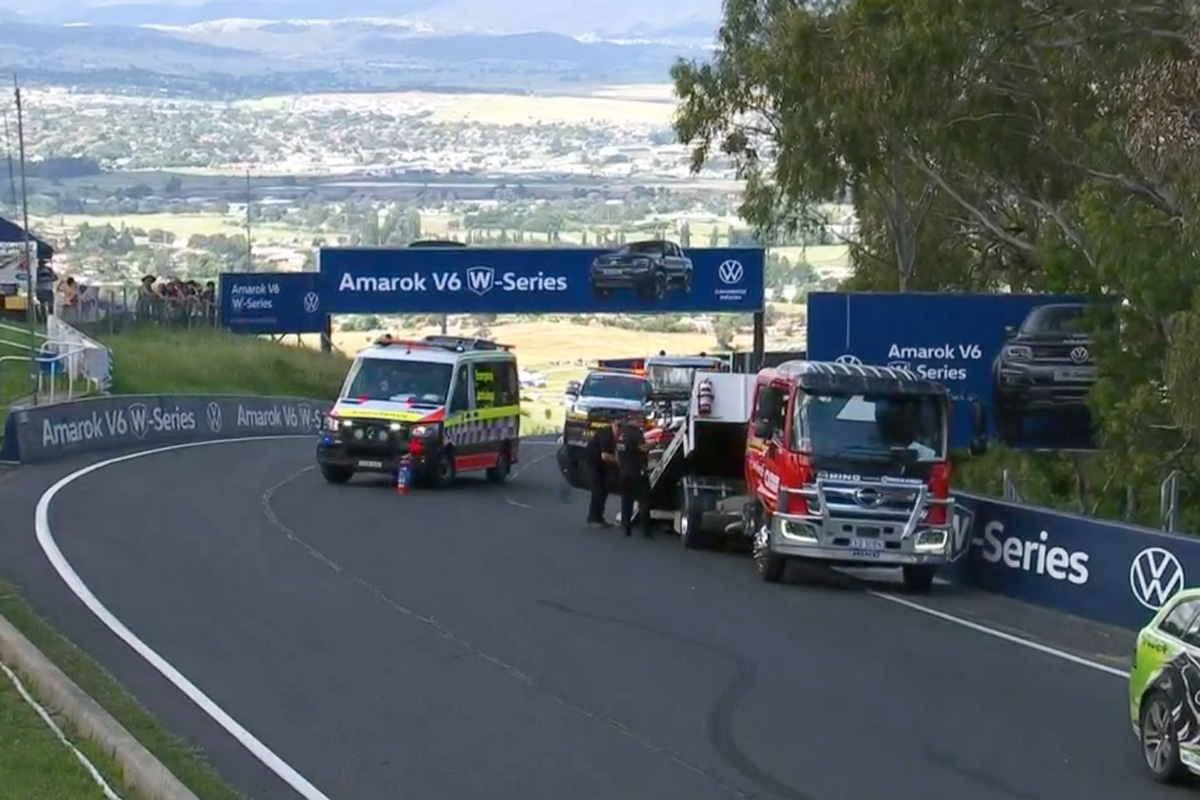 The 11-lap race was cut short due to a brutal incident when Nick McBride and Simon Fallon made contact at Reid Park, spearing both cars into the wall.

McBride had just made use of a good exit out of The Cutting to edge ahead of Fallon in the battle for seventh on Lap 5.

But with neither McBride nor Fallon willing to give up the corner, the front-left of the latter’s #777 made contact with the rear-right of the #8 entry, and both were pitched hard into the fence.

McBride was quickly out of the car and checked on his adversary, who would eventually hop out on his own volition.

Fallon though would leave the scene of the accident via an ambulance for precautionary purposes. With complains of neck stiffness, he has since been transported to hospital for scans. 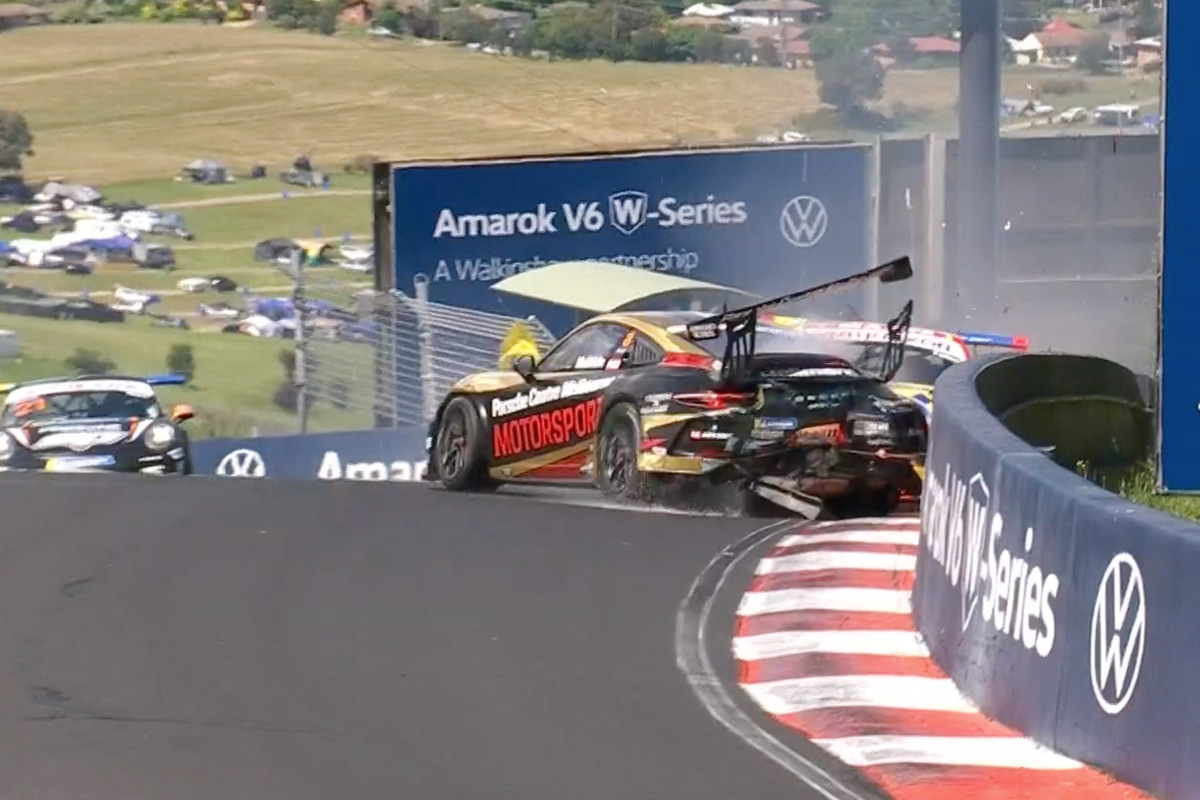 The race would not restart, with Wall leading Cameron Hill and Aaron Love across the line.

Wall had secured the early ascendancy with an aggressive move to cover off Hill exiting Hell Corner, forcing the series leader to drop two wheels onto the grass.

“I’m just trying to win some more races and enjoy myself around here, but really rapt to take maximum points and looking forward to Round 5,” said Wall.

“The start was very critical in the moment with Cam Hill, I had just a little bit of an overlap luckily, but he was more than fair and he is great to race.” 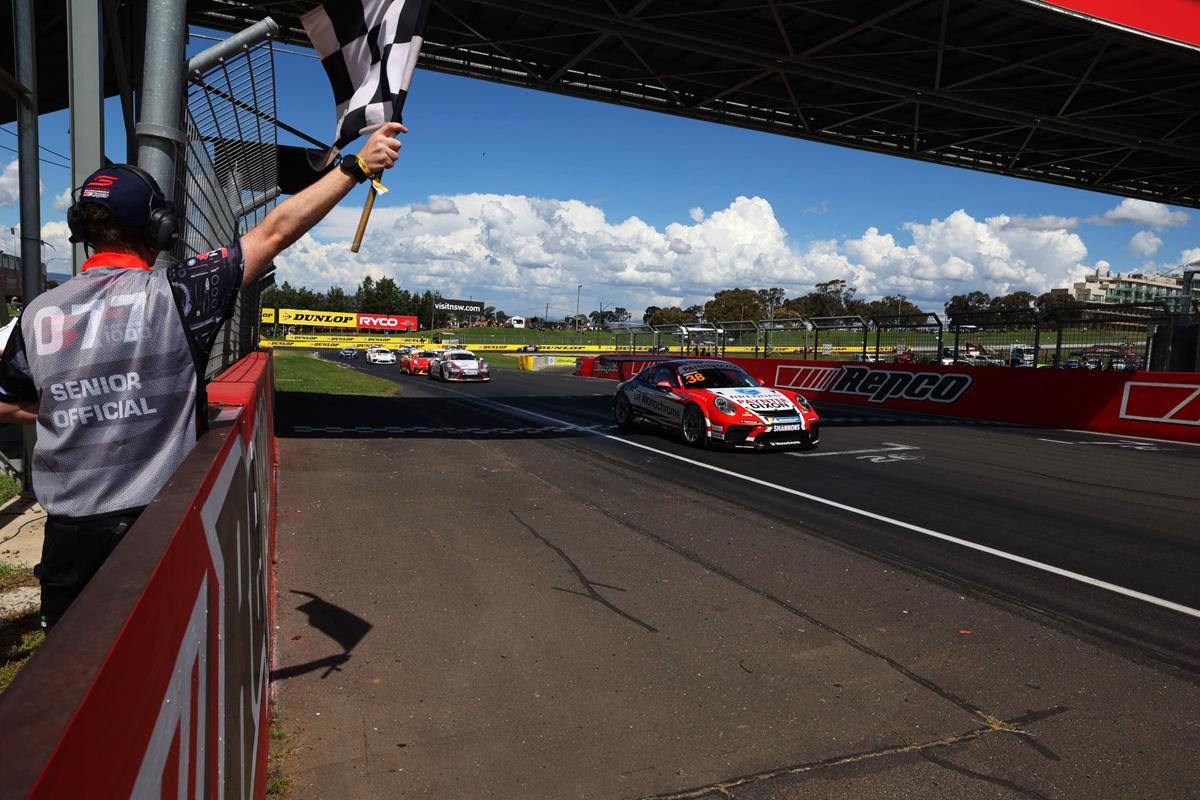 Fallon had a moment on the first run through Reid Park, grazing the wall but carrying on.

But by the time the field was climbing the Mountain for the second occasion, the Safety Car would be deployed.

That was caused by the stricken #28 of Max Vidau, who appeared to suffer a rear-left failure that fed him into the outside wall at Griffins Bend.

Bathurst being a double round for the 2021 Carrera Cup campaign, races on the next two days will make up Round 5 of the season.

The first of those is scheduled for tomorrow from 15:00 (local time/AEDT).