De Pasquale playing catch up at The Mountain

De Pasquale playing catch up at The Mountain 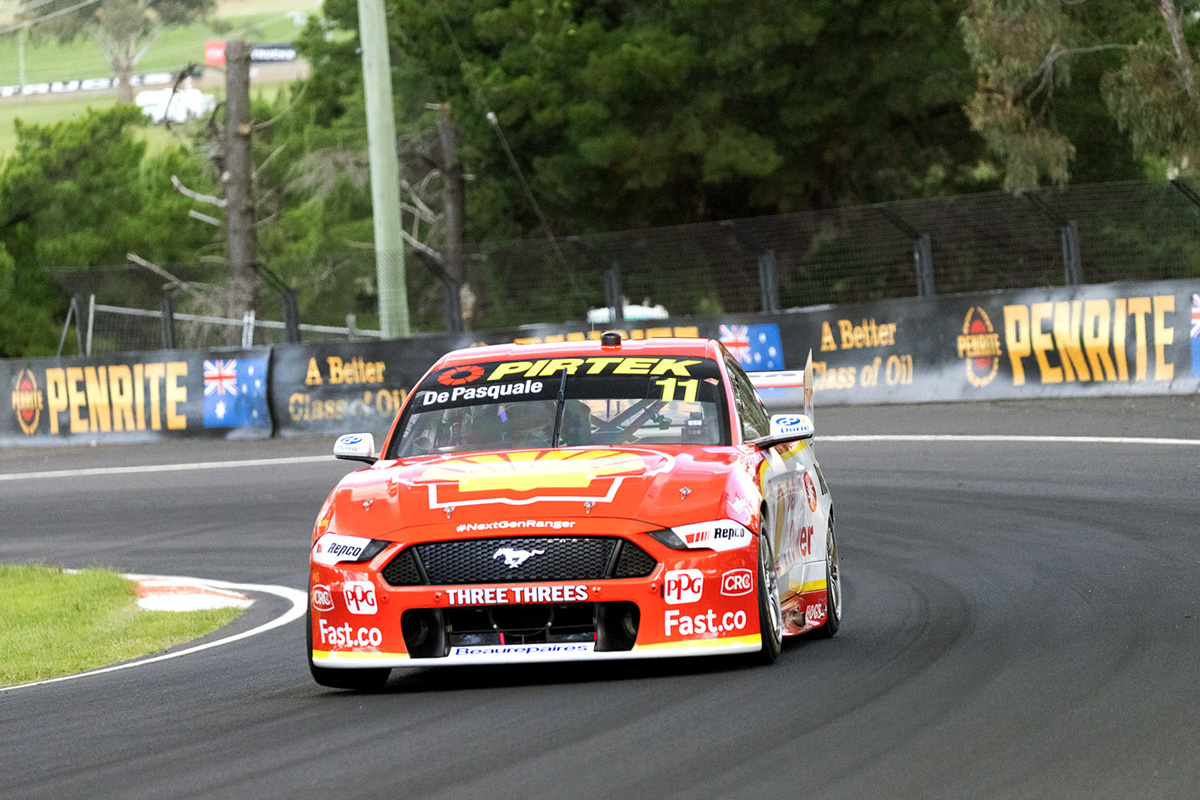 Shell V-Power Racing Team ace Anton De Pasquale has admitted he was “behind the eight-ball” before breaking through to claim the second fastest time in qualifying for the 2021 Repco Bathurst 1000.

When a schedule change allowed for De Pasquale to run extra laps in what was originally meant to be a co-driver-only session, Practice 3 this morning, he took priority over Tony D’Alberto to try and get his Ford Mustang on the pace.

Even with the extra running and the rapid qualifying lap, De Pasquale admits he’s not sure where he stands in terms of race pace.

“I have no idea right now, I haven’t thought that far ahead,” he said. “We did some race stuff yesterday and today. The race car felt pretty good, the quali car hasn’t felt too good, so it came alive at the end there. We’ll do some more race running tomorrow and I think our race car will be alright… the car should be there or thereabouts.”

The lack of early pace forced the Saturday seat-time swap, but it now means he has to hand over seat time to D’Alberto during Saturday practice, in order to ensure his co-driver is up to speed before Sunday’s race. Even if that impacts his preparation for Saturday afternoon’s Top 10 shootout.

“The end of the last practice session, whenever that is tomorrow, we’ll do a couple of shootout preps,” De Pasquale said of his plan for Saturday. “I think I’ll give some laps to Tony, I stole a lot off him today. When they changed that session from a co-driver session to a main [all] driver session and we were a bit behind the eight-ball we took advantage of that. So I’ll give him some laps tomorrow.”

Fortunately for Dick Johnson Racing’s #11 entry, D’Alberto is feeling confident despite his lack of running.

“I feel pretty comfortable in the car,” D’Alberto said. “I was the first one to say I was happy to sit out the session and let them work on the car, because as Anton said we probably didn’t roll out as good as we would have liked.

“But I’m comfortable, my seat’s good, I feel good at a race pace. A co-driver’s role isn’t to set ‘purples’ [fastest sector times].”

As for the shootout, De Pasquale is feeling confident having already gained plenty of experience despite this being only his fourth start.

“It’s the most fun session of the year, having this place to yourself,” he said. “You feel pretty privileged to do that. I’ve been lucky enough to be in the shootout every Bathurst I’ve been here, so I’ve been lucky to have a quick car every time I come here.”

The first of two practice sessions tomorrow starts at 10:15 local time/AEDT, all building up to the Top 10 Shootout from 17:05.