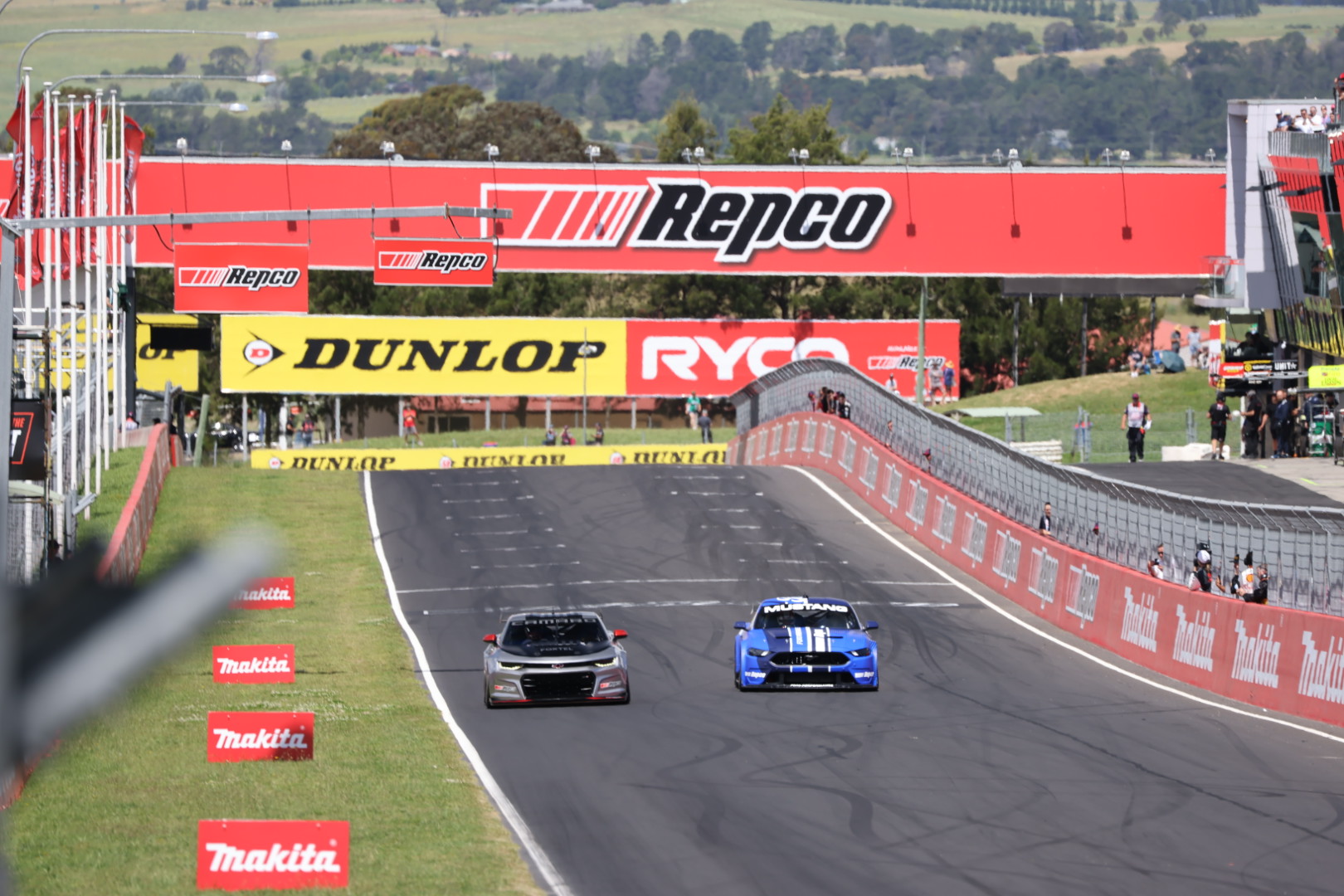 De Pasquale drove the new Ford Mustang while champion-elect van Gisbergen got behind the wheel of the Chevrolet Camaro.

The pair cut relatively pedestrian laps, not using the full potential of the cars, but gave them a squirt down Conrod Straight.

“Definitely moves around a bit more than what we’ve got and it feels like you’ve got 1000 horsepower, so it’s quite good.

“Obviously the car sounds amazing. The guys have done an awesome job prepping the car to roll out here first time.

“You feel safe and you feel like you want to push and get on with it, so it’s a really cool car.”

The advent of Gen3 will see a change of formula for Supercars, moving away from the current all-5.0-litre Gen2 engines.

Instead, the Mustang will adopt a 5.4-litre Coyote V8 while the Camaro will use a 5.7-litre LTR V8.

“Obviously it’s a different motor to what we have,” said De Pasquale.

“We’re not going any faster but you just feel like, at first, it’s like, ‘wow! This thing is fast’. It doesn’t grip up as well as our [current car], which is what you want.

“It won’t be too far behind, but it’s going to be an awesome thing and it’ll be a good thing for the category.”

Van Gisbergen, whose Triple Eight Race Engineering team were tasked with building and homologating the Chevrolet Camaro, hailed the efforts of the Gen3 working group.

“What a privilege to be the first one. Credit to the Supercars team and all the teams that have put this together.

“It felt awesome. It’s a big car, a bit hard to see, but super cool. Sounds cool. I hope it sounded good outside too.”

One of the goals of Gen3 is to reduce aerodynamic dependency.

Van Gisbergen said he wasn’t pushing the car hard enough to get a good gauge on the car’s aerodynamic capabilities, or lack thereof.

“I wasn’t going fast enough yet,” he said.

“Just having fun. I waited for Anton. We had a little race. Pretty cool.”

The Gen3 cars will be on display at Mount Panorama at this weekend’s Repco Bathurst 1000.