Dane: ‘We fought like dogs’ to maximise Camaro appearance

Dane: ‘We fought like dogs’ to maximise Camaro appearance 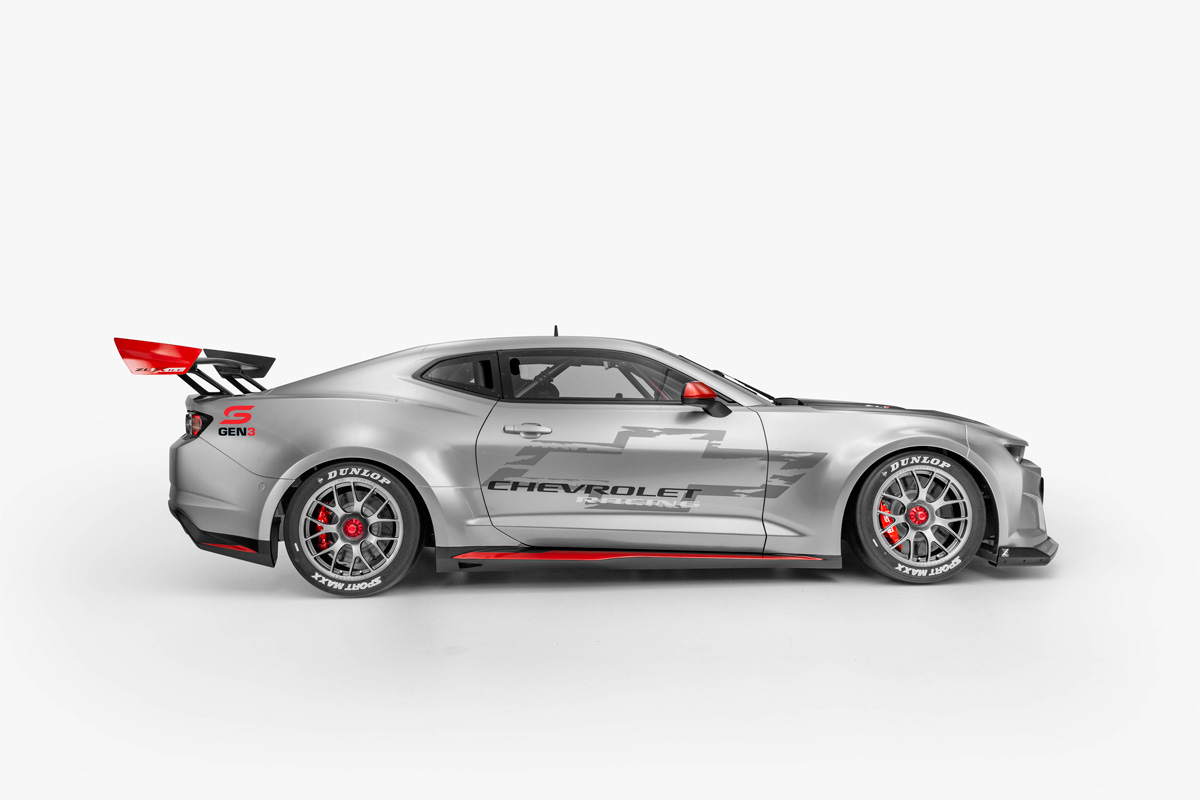 As the Supercars Championship’s designated General Motors homologation team, Triple Eight has had a significant role to play in the new-for-2023 machinery.

Dane paid tribute to all parties involved in the project as the covers were taken off both the Camaro and new Ford Mustang this morning at Mount Panorama.

“There’s no question that the task that both Ford and GM have taken on and the respective teams that have been involved, it’s been a massive job,” Dane said at the launch.

“From a personal point of view, yeah I’m very proud of the job that the people at Triple Eight Race Engineering have done, but also in collaboration with GM Design in North America.

“Honestly, we fought like dogs to have the look of the car that we wanted to try to ensure that we could make the car as authentic as possible but still be a race car.”

“Every panel on this is composite, the inner part of the body is composite, whereas in the past we have always had a certain amount of steel on the car, even when we have had composite external panels.

“So the amount of work in designing those from scratch and then making them fit for purpose has been enormous, as well as coming up with a spec front end for everyone, suspension for everyone, an engine bay that suited two very different engines with almost certainly identical final outputs but very different ways of getting it.

“So, it’s been an enormous behind the scenes job led by those two in the homologation teams.”

Dane will step back as Triple Eight boss following this weekend’s Repco Bathurst 1000, with retiring full-time driver Jamie Whincup taking the reins in 2022.