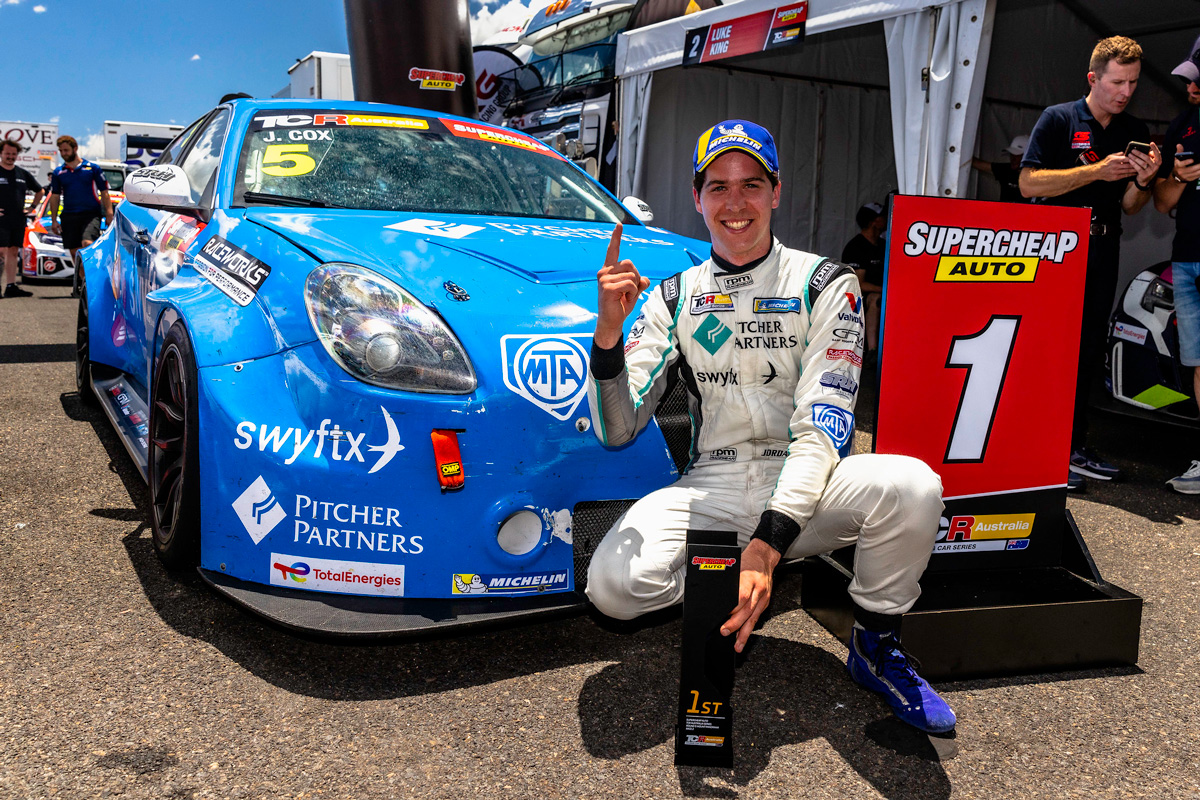 Jordan Cox enhanced his reputation as a front-wheel drive ace at Mount Panorama with an impressive charge through the field to take the win in the penultimate race of the 2021 Supercheap Auto TCR Australia Series.

Starting from 14th, Cox charged through the field in his Garry Rogers Motorsport Alfa Romeo Giulietta to claim the lead by Lap 10. He claimed the lead from GRM team-mate Michael Caruso with a daring move at the top of the mountain, diving underneath Caruso’s Alfa Romeo at Skyline.

It was the kind of move that made Cox a YouTube sensation when he was racing his giant-killing Improved Production Honda Civic.

After taking the lead he never looked threatened but a late Safety Car period forced the race to a time-certain finish, resulting in a one-lap dash to the flag. By this stage Race 1 winner Aaron Cameron was in second, in his Peugeot 308 GTi, but he didn’t have the pace to match Cox.

Third place went to veteran Jason Bargwanna, who was in the thick of the action in what was a chaotic race at times. Despite being a lengthy 21-lap affair it was an action-packed opening sequence of laps.

From the start Luke King made a slow getaway from second on the grid in his Audi RS3, resulting in contact with Cameron sending King spinning into the outside wall and ultimately out of the race. 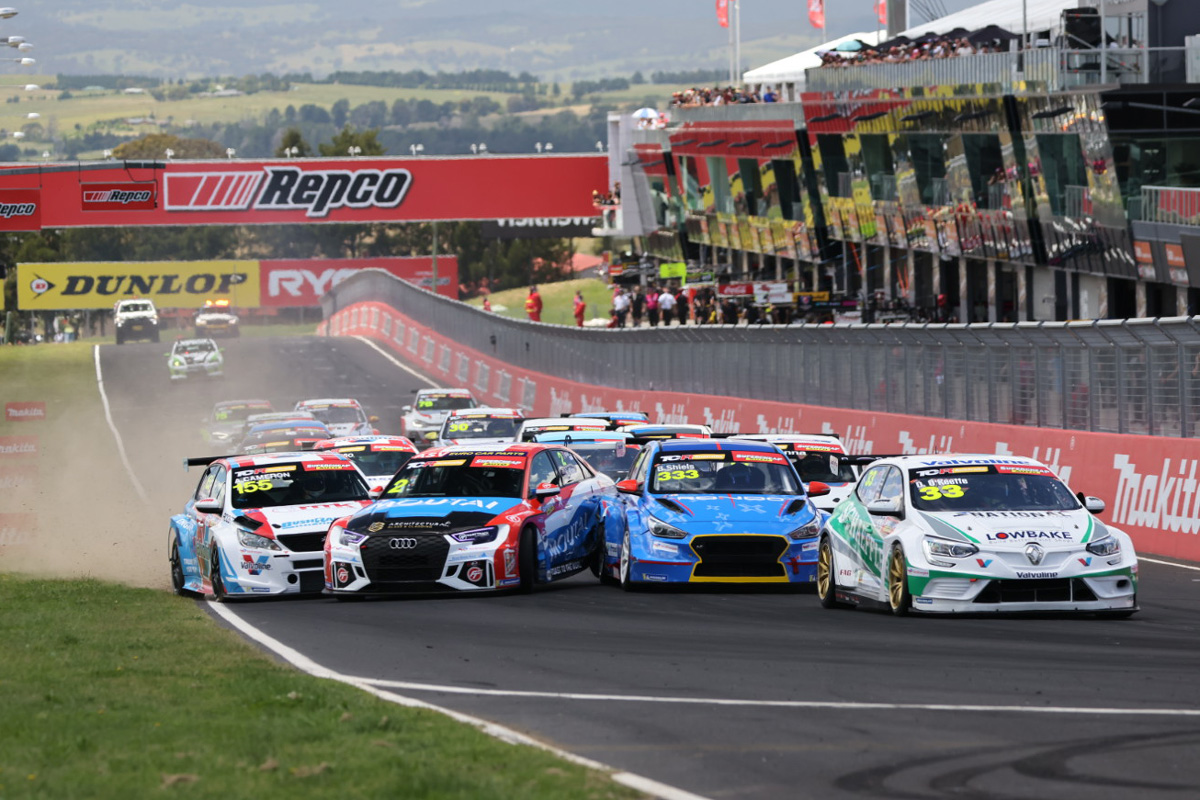 Luke King and Aaron Cameron made contact on the run to Turn 1, taking the Audi driver out of the race

Pole-sitter Dylan O’Keeffe made a good start and led the field up the mountain for the first time, but he was soon under pressure from the competitive Hyundai i30 N of Brad Shiels. O’Keeffe swerved down Conrod Straight to try to break the tow, but the two cars went side-by-side into The Chase and unfortunately for the Renault Megane driver, he lost control and took a wild ride through the gravel.

While O’Keeffe managed to recover, he was forced into the pits a lap later with a flat front-right tyre, admitting he had been too aggressive on set-up resulting in the tyre failure.

That left Bargwanna and Shiels to duke it out at the front, with local-boy Shiels taking the lead on the second lap at the end of Mountain Straight. The Hyundai began to pull away as the race settled down into a rhythm but he soon hit trouble, with Caruso taking the lead on Lap 7.

By this stage several contenders had struck trouble, with Shiels, Jay Hanson (Alfa Romeo), Nathan Morcom (Hyundai i30 N) and Josh Buchan (Hyundai i30 N) all forced into the pits with either tyre failure or mechanical dramas.

Buchan’s nightmare weekend continued. After failing to start the opening race with a driveshaft failure, the Hyundai driver lost his brakes at The Chase and took to the grass to try – in vein – to avoid hitting Ben Bargwanna.

While Cox’s drive was impressive, so too was German import Christopher Mies. The former Australian GT champion made it to Bathurst after his 72-hour lockdown in time to start the second race from last on the grid. Despite the late start he guided his Audi RS3 through the field to fourth place, behind Cox, Cameron and Jason Bargwanna.

The third and final race for the TCR series will be another 21-lap affair at 14:00 local/time AEDT on Saturday.