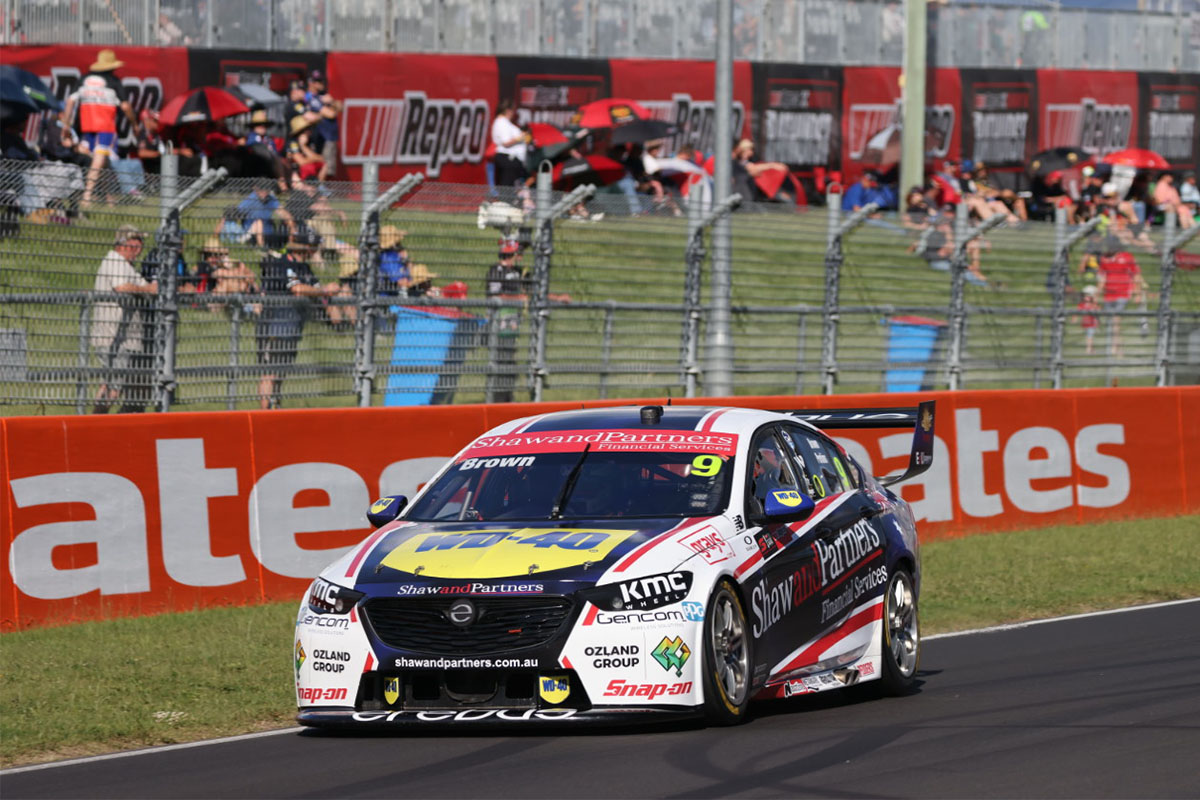 Erebus Motorsport’s Will Brown is the provisional pole-sitter for the 2021 Repco Bathurst 1000, while Jamie Whincup will take no part in the Top 10 Shootout.

Brown was one of three drivers to break into the ‘threes’ in the 40-minute Qualifying session, wheeling the #9 Shaw And Partners ZB Commodore to a 2:03.8989s on his last flying lap.

The Shell V-Power Racing Team’s Anton De Pasquale and Walkinshaw Andretti United’s Chaz Mostert ended up second and third respectively, while Tim Slade knocked Whincup out of the top 10 when he went fourth with the chequered flag out.

Both Erebus cars, both Dick Johnson Racing cars, and two of the three Tickford Racing entries got into the one-lap dash, including last year’s pole-sitter Cameron Waters in fifth.

Erebus was immediately on the pace, Brown setting a 2:04.9597s which was more than four tenths quicker than anyone else until team-mate Brodie Kostecki (#99 Boost Mobile ZB Commodore) came through to notch up a 2:04.8856s.

Van Gisbergen was only ninth after those initial flyers, but then took over first position with a 2:04.2953s on his second run in the #888 ZB Commodore.

That put the 2014 Bathurst 1000 winner on top with just the final runs to come, from Waters, van Gisbergen, and De Pasquale, who had been lowly placed in the early stages but seemingly have not taken green tyres.

Once he had a couple of runs of new rubber, he had taken the #11 Mustang to a 2:04.3297s, with Brodie Kostecki fifth after a third-run error at The Chase when he looked on to move to second spot.

The big guns were all still to come, and while some got very close, none could knock the rookie off his perch.

Mostert, typically one of the fastest across the top, was slower in Sector 2 on his final flyer but still went into a provisional second position on a 2:03.9770s.

He was relegated one spot when De Pasquale then set a 2:03.9218s, and while Waters had no improvement on his final run, he was safely into the shootout.

Percat, who had glanced the wall exiting Forrest’s Elbow earlier in the session, then helped his cause by creeping up from 10th to eighth with a 2:04.4421s with the chequered flag out.

The Tickford driver’s lap also put Whincup on the bubble, as Slade was setting personal-best sectors.

The Blanchard Racing Team driver not only knocked the four-time Great Race winner out of the shootout, but jumped to fourth with a 2:04.1540s.

The session ran uninterrupted, although it ended with Team Sydney’s Garry Jacobson stuck in the gravel at Murray’s Corner.

Either of Jacobson or co-driver Dylan O’Keeffe are set to start at the back of the 25-cat field in the #22 Muscle Car Warehouse ZB Commodore.

The Top 10 Shootout takes place late tomorrow afternoon, but only after two more practice sessions, the next of which is for the co-drivers only from 10:15 local time/AEDT.