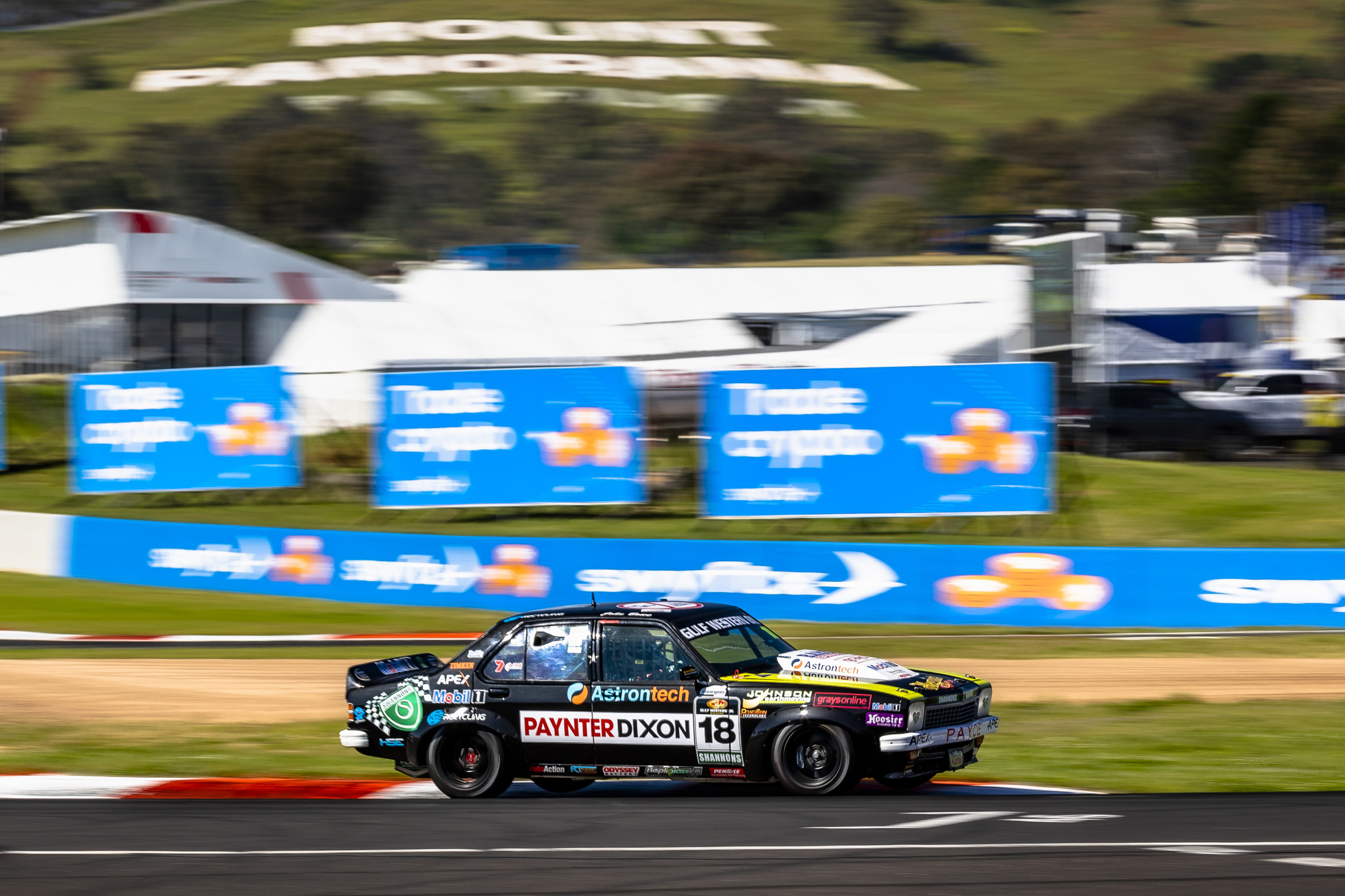 John Bowe has won the 2021 Gulf Western Oil Touring Car Masters title in a dramatic conclusion to the season finale at Mount Panorama.

A third place finish was enough for Bowe to secure the crown after primary title rival Ryan Hansford battled to eighth.

The series win, Bowe’s sixth TCM title, is made all the more remarkable given his battle with prostate cancer earlier this year.

As has been customary across the weekend, the final nine-lap affair saw Steven Johnson lead the field into Hell Corner behind the wheel of the #17 Ford XD Falcon.

Hansford in his #6 Holden A9X Torana made a blistering start initially, climbing six places by Griffins Bend to eighth.

Bowe, who started second, was usurped by Adam Bressington on the opening lap, although the two-time Bathurst 1000 winner was quick to put the pressure on the #85 Camaro RS ahead.

At the end of Lap 1, it was Johnson who led Bressington, Bowe, Dean Lillie, Cameron Mason, George Miedecke, Hansford, Zukanovic, and Jim Pollicina.

The to-and-fro nature of the race saw Bressington cede second place to Bowe as the cars crossed the line to start Lap 3.

Behind them, Zukanovic edged closer to the top five with a three-wide pass on Hansford and Mason up Mountain Straight.

Drama struck for title contender Hansford on Lap 3 when he got loose at The Chase and skipped through the grass over the rise at the left-hander. In doing so, he fell back to eighth.

The race continued to ebb and flow, Bowe losing second to Lillie on Lap 4 down Conrod Straight and another spot to Zukanovic on Mountain Straight on Lap 5.

Miedecke’s day came to an early end on Lap 5, pulling his #95 Camaro SS to the side out of Griffins Bend from fifth.

Having been dominant throughout the weekend, Johnson found himself under pressure in the dying laps.

Incredibly, his hopes were dashed before his rivals got to him when he suffered a right-front tyre puncture heading down Conrod Straight.

That gave Lillie the lead, Zukanovic second, and Bowe third.

Moments later, and Hansford spun on his own at Murray’s Corner, putting his title hopes to bed.

The chaos continued, this time the #3 A9X Torana of Danny Buzadzic suffering a right-front and right-rear puncture.

In the end, Lillie crossed the line to claim victory in his #15 Holden Torana SL with Zukanovic and Bowe in tow.