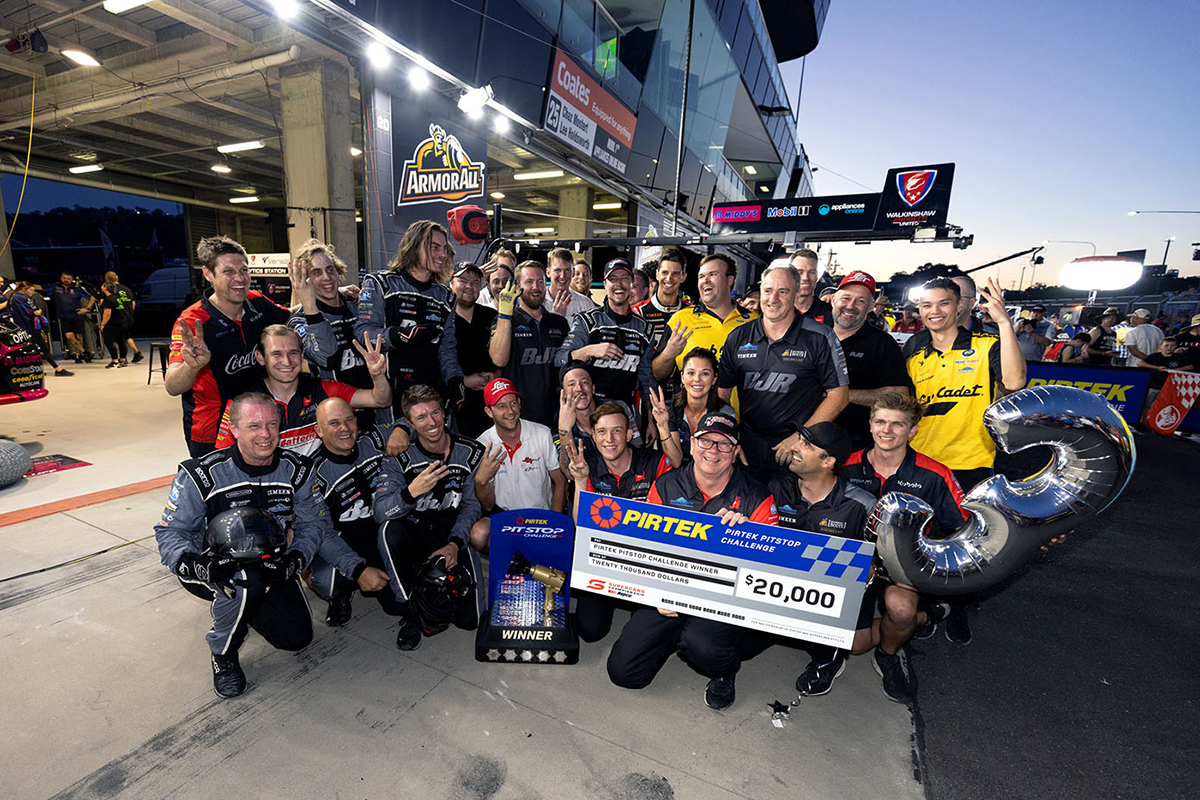 Brad Jones Racing has won the Pirtek Pit Stop Challenge for the third year in a row.

In doing so, the team wins $20,000 on top of the $5000 which the team won for its efforts in the regular-season competition.

Brad Jones Racing and Dick Johnson Racing faced each other in the final at the Repco Bathurst 1000 after beating Tickford Racing and Walkinshaw Andretti United respectively in the semi-finals.

The Albury-based squad would ultimately get the #8 R&J Batteries Racing Holden ZB Commodore to the finish line first, securing them their third successive win.

“It’s quite an honour. We’ve been in every final four that’s been on. The guys work so hard and it’s the odd different group but it’s very much a team effort as you can see.

“It doesn’t matter which car you’re on, everyone is out here celebrating, which is fantastic. It’s fantastic support by Pirtek. We love this event.

“We’re going to have a good Christmas party I hope. The boys worked really hard at this. Hopefully we’ll win a couple more in the years to come. It’s great. Fantastic. Well done everyone.”

The team has long been the benchmark for pit stops in the Repco Supercars Championship, often the quickest in and out of the pit bay.

The Brad Jones Racing workshop is home to a Ford AU Falcon the team has made famous, which is fitted with Supercars specification wheels and air jacks to replicate pit stops.

“Credit to all the boys, they work hard. A lot of the teams work hard, but these guys rain, hail, or shine are at the back of the workshop in Albury getting it done.

“Mega. Great parting gift. We’ll spread the money at the bar Sunday night, Brad doesn’t get this one,” he laughed.

Percat, who will head to Walkinshaw Andretti United next year, was Brad Jones Racing’s sole entry to qualify for the Top 10 Shootout tomorrow afternoon.