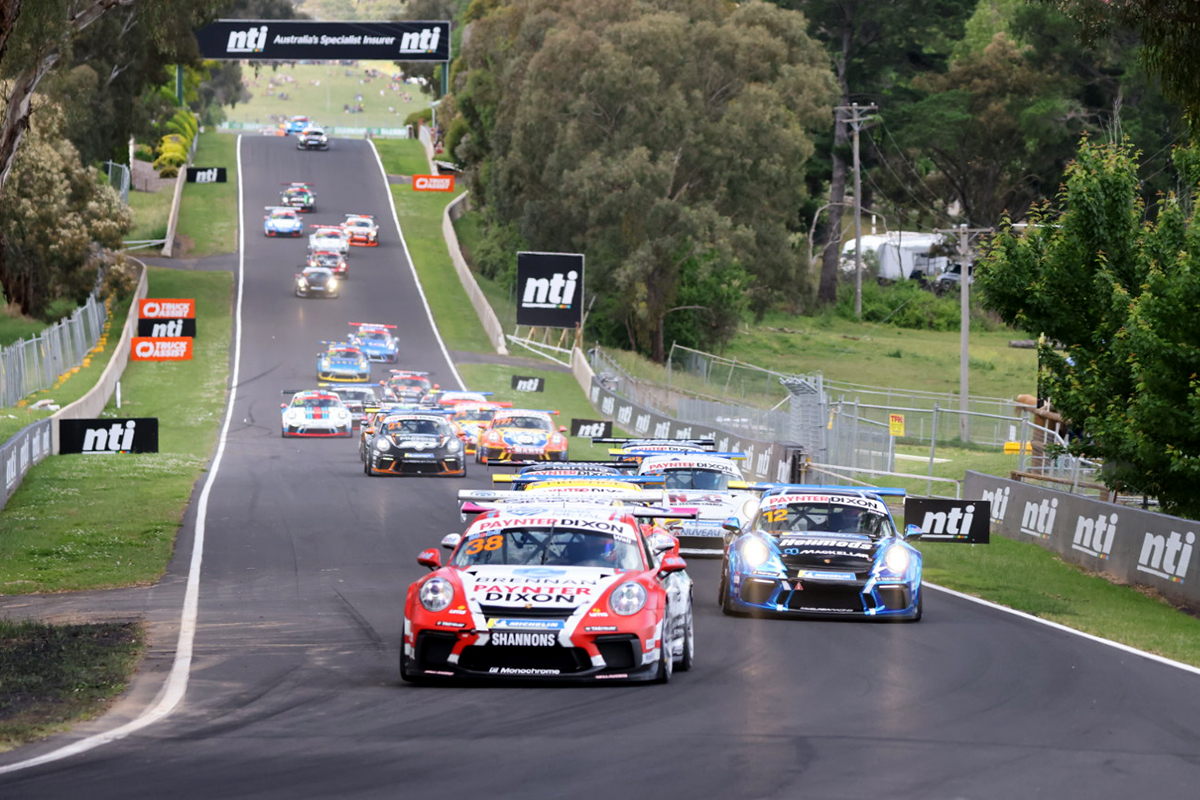 David Wall has led from lights to flag in the opening race of Porsche Paynter Dixon Carrera Cup Australia at Mount Panorama.

The Wall Racing driver was largely untroubled for the lion’s share of what was a shortened seven-lap race due to a delayed start, down from 11 laps, only to have Aaron Love put in a late charge.

Pushing to get past Wall at the death, Love got loose at Sulman Park and tagged the outside wall.

That put an end to his hopes of a win as he nursed his wounded car to the chequered flag, dropping off the road at The Chase and ceding second position to Cameron Hill.

It was a clean start initially, Wall getting the jump on the field into Hell Corner from pole position.

Wall left second place starter Hill to battle with Harri Jones, the latter who ended up embroiled in a battle with Love.

Love moved into the podium positions with a pass on Jones on approach to The Chase, netting third.

Dale Wood was the biggest mover on the first lap, gaining eight places to 18th.

Love continued his charge with an identical pass to the one he did on Jones on Hill come Lap 2.

Moments later, eighth placed Payne locked up on approach to the left-hander, getting into the back of Russell ahead of him.

Come Lap 5, Vidau lost control of his car at Murray’s Corner, falling from 11th to 18th.

A late charge from Love saw the youngster come within striking distance of Wall with just one lap remaining.

With less than half a second between them, Love got loose on approach to Sulman Park.

It was immediately evident the #78 had been bent, the car crabbing as Love nursed his way back.

Wall streaked away to claim a 4.4s win while Hill got the best of Love who fell off the road at The Chase.

Race 2 of the weekend gets underway tomorrow at 14:45 local time/AEDT.