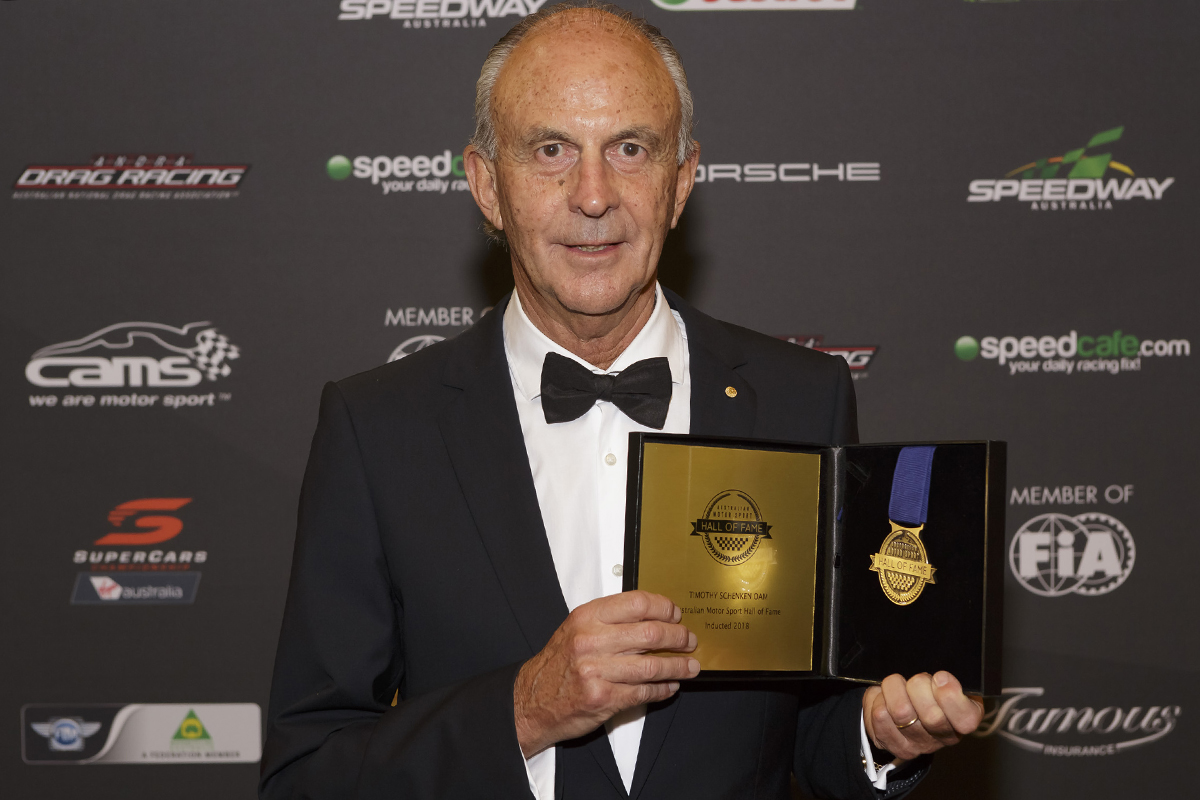 Supercars and Motorsport Australia have paid tribute to Tim Schenken, who has announced he will step down as the category’s race director.

Today, Schenken confirmed this weekend’s Repco Bathurst 1000 will be his last in the job.

As race director, Schenken has been the ‘voice of god’ for the Repco Supercars Championship, calling the shots and often heard in broadcasts.

In the wake of that announcement, Motorsport Australia president Andrew Fraser hailed the veteran of the sport.

“For Tim to be the race director for so many years and barely miss a race, it certainly shows how much the championship means to him and how highly respected he is amongst the Supercars family,” said Fraser.

“Tim has witnessed so many iconic moments in motorsport during his time as Race Director and he deserves all the plaudits for his achievements.

“We are certainly pleased he will continue to be involved in the sport through his roles with Motorsport Australia and the FIA.

“Tim has been such a major part of the Supercars Championship and is highly respected,” said Arocca.

“He can certainly take credit for the professionalism in the way these events are now officiated and run.

“We saw how Tim was able to mentor the likes of Michael Masi, who was able to move seamlessly into the Formula 1 race director role which is evidence of the professionalism of the Supercars race control set-up.

“Tim deserves a sincere thank you from everyone in the motorsport community and we look forward to continuing to work with him at Motorsport Australia in the years to come.”

Schenken took the reins of the Australian Touring Car Championship, or Supercars as it is now known, in 1987.

Supercars CEO Sean Seamer added, “It has been a pleasure seeing Tim lead the team in race control and on behalf of everyone at the Repco Supercars Championship, we congratulate and sincerely thank Tim for his contributions to our category over so many years.

“There are only a handful of people who would have been to as many races as Tim and his knowledge and experience has been invaluable to so many throughout his journey in Supercars.

“Tim has left such a legacy on Supercars officialdom and his friendship and presence in race control will be missed.”

James Taylor, who had filled in for Schenken in 2020 in the COVID-impact events, will step into the race director role permanently in 2022.