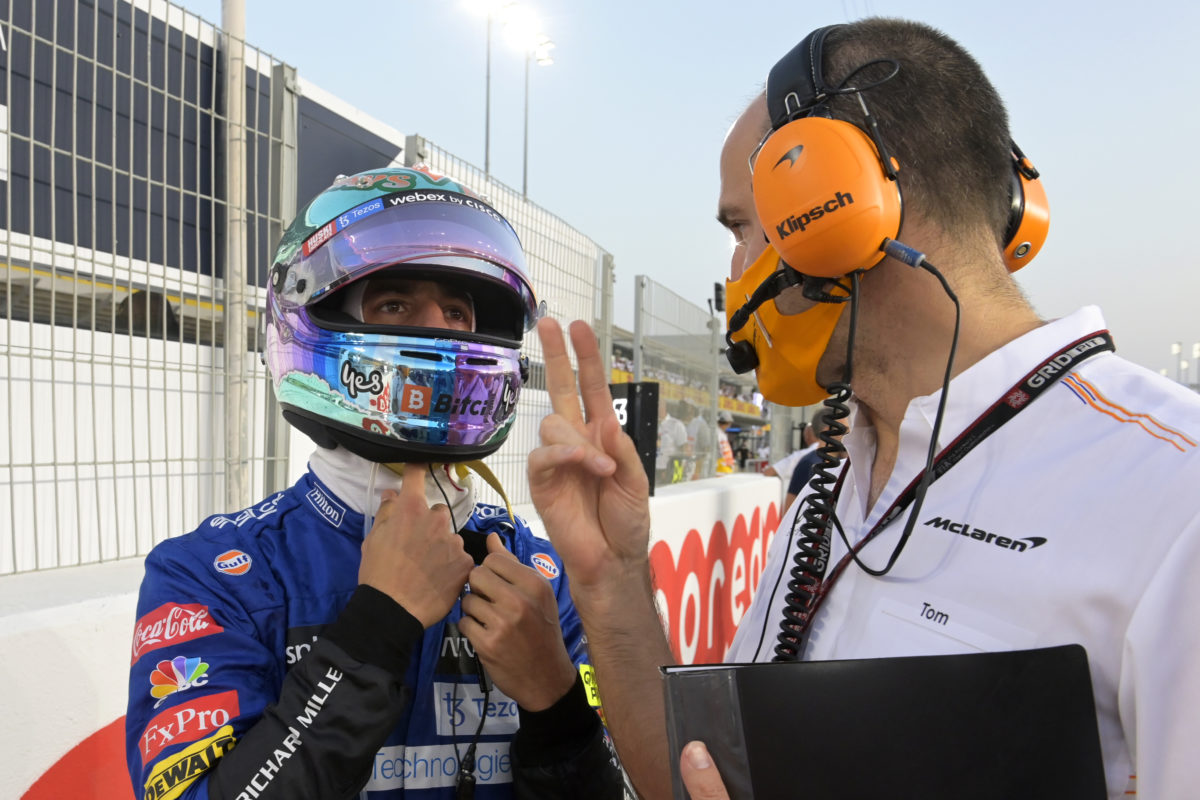 Daniel Ricciardo has taken the time since the Formula 1 Qatar Grand Prix to reset following a tough three-race streak for McLaren.

The triple-header that started in Brazil and also took in Mexico netted the British squad a total of four points as it dropped behind Ferrari to fourth in the constructors’ championship.

Ricciardo finished 12th in Sao Paulo and Losail, having been forced out with a cracked pipe from his Mercedes engine in Mexico.

It’s his worst run of the season, a point that his home after seemingly finding his stride following the winter break.

“Coming off the back of an intense but ultimately disappointing triple-header, it’s been good to take some time out of the car and reset for the final two races of the year,” Ricciardo said.

“We don’t really know what to expect in Jeddah, but we’ve been working hard as a team back in the UK to prepare for the event, and we head to the Middle East ready to fight.

“We’ll be doing our best to bring home some decent points and end the season on a high.”

Both Ricciardo and team-mate Lando Norris have spent time on the team’s simulator since Qatar two weeks ago, with the latter highlighting the importance of qualifying in particular.

“The track in Jeddah is going to be fun, it’s a really fast and flowing track with close walls, which will create a unique challenge,” explained the Brit.

“I’ve been driving the circuit in the simulator to get up to speed with the layout, which is really important when arriving at a new venue.

“Qualifying in these cars at this circuit is going to be a very cool experience, and will set us up for a strong race on Sunday.”

Regardless of the outcome this weekend or next, at the season finale in Abu Dhabi, McLaren can finish no worse than fourth in the constructors’ championship.

Similarly, it can only rise as high as third, though that could move out of reach should Ferrari outscore it by five points this weekend.

This weekend’s Saudi Arabian Grand Prix gets underway with Free Practice 1 at 00:30 AEDT on Saturday morning.