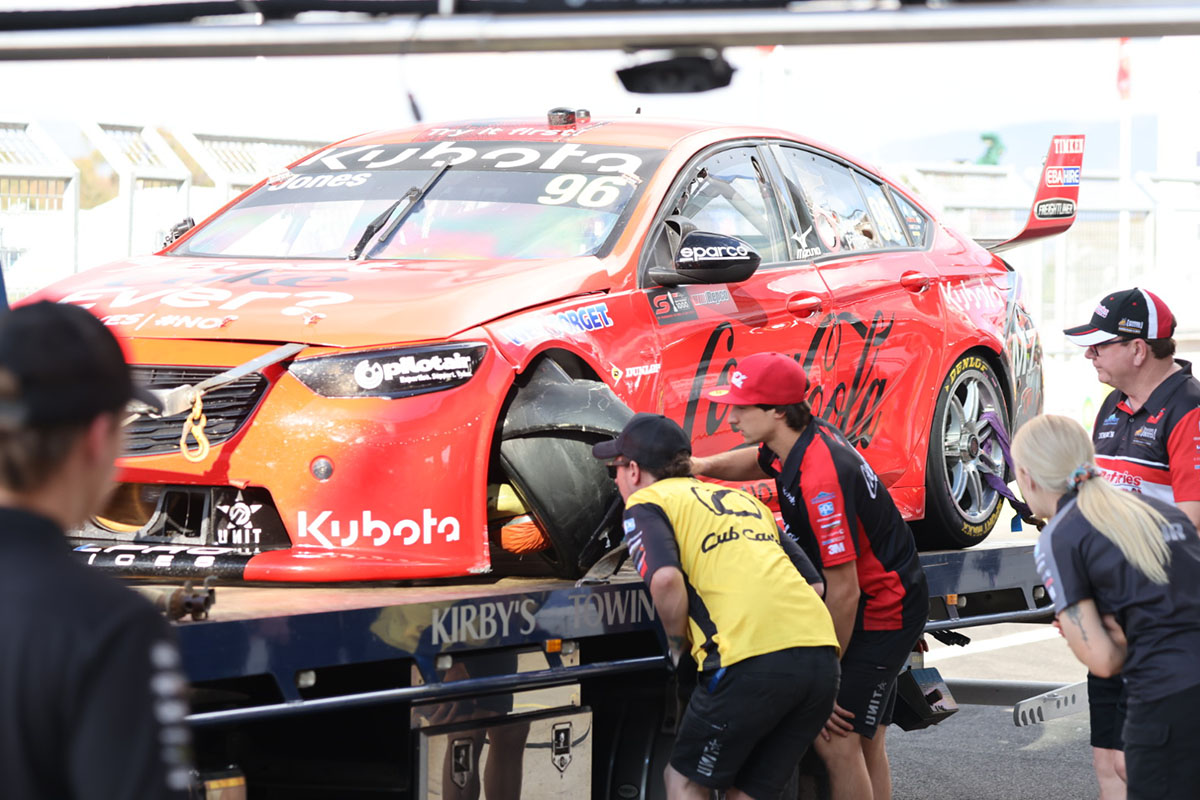 Brad Jones Racing is facing an overnight rebuild after Chris Pither crashed at Forrest’s Elbow in the closing minutes of Practice 2 at the Repco Bathurst 1000.

Driving the #96 Coca-Cola Racing entry, the Kiwi made contact with the inside wall mid-corner which sent the car towards the outside wall.

Three of the car’s four corners suffered damage after contacting the concrete, which in doing so also tore the rear wing element off the boot.

Pither walked away from the incident, but a long night awaits his crew.

“I haven’t spoken to Chris but he seems to be talking okay,” said team owner Brad Jones.

“It wasn’t that big a hit but it’s done a reasonable amount of damage, so we’ll just get the car back.

“So we just need to get it back, have a look at how bad the rail damage is on it, and hopefully we can fix it up and get it going for tomorrow.

It caps a torrid first day for the #96 entry.

Thursday started with power steering problems in the opening minutes of Practice 1, which relegated Jones and his Holden ZB Commodore to the pit lane for most of the session.

Jones would return in the final few minutes of that session only to suffer an almost identical problem.

That prompted the team to replace all power steering related components on the car, which up until Pither’s crash appeared to be functioning fine.

Jones said the crash was unrelated to their earlier issues.

“I don’t think that’s what the problem was,” said Jones.

“Look, we just need to get it back and see what’s done, it’s too hard to assess from here.”