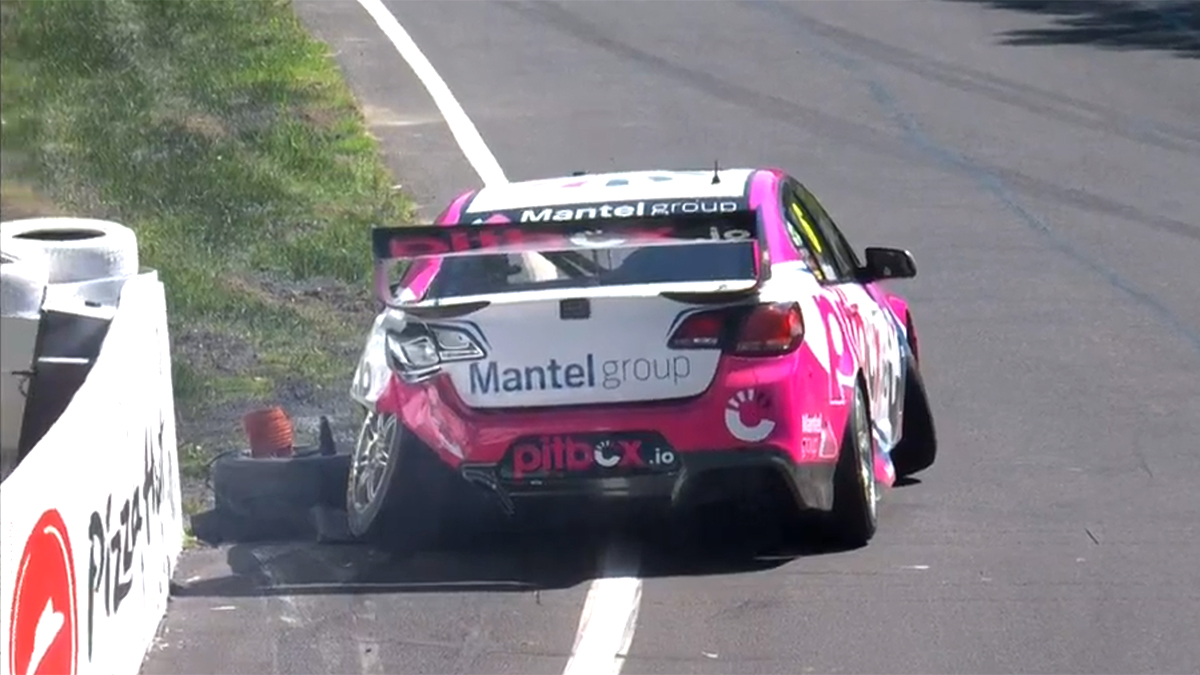 Mouzouris crashed the #6 pitbox.io Holden VF Commodore heavily in the grid decider for the weekend’s opening race on his final flying lap.

The team was facing a big rebuild to get the Brisbane-based driver on the grid for the remaining two races at Mount Panorama.

Ultimately, the damage proved too great, Triple Eight Race Engineering confirming to Speedcafe.com it has had to withdraw the entry ahead of tomorrow’s first race.

The crash, with less than a minute remaining in the session, was reminiscent of Chaz Mostert’s in 2015 which resulted in a broken left leg.

In Mouzouris’ case, the 20-year-old was able to walk away, although his car suffered significant damage to the left-hand side.

Triple Eight Race Engineering had hoped to fix the car in time for Friday’s first race.

While Mouzouris was left grimacing, team-mate Broc Feeney led the way in both qualifying sessions.