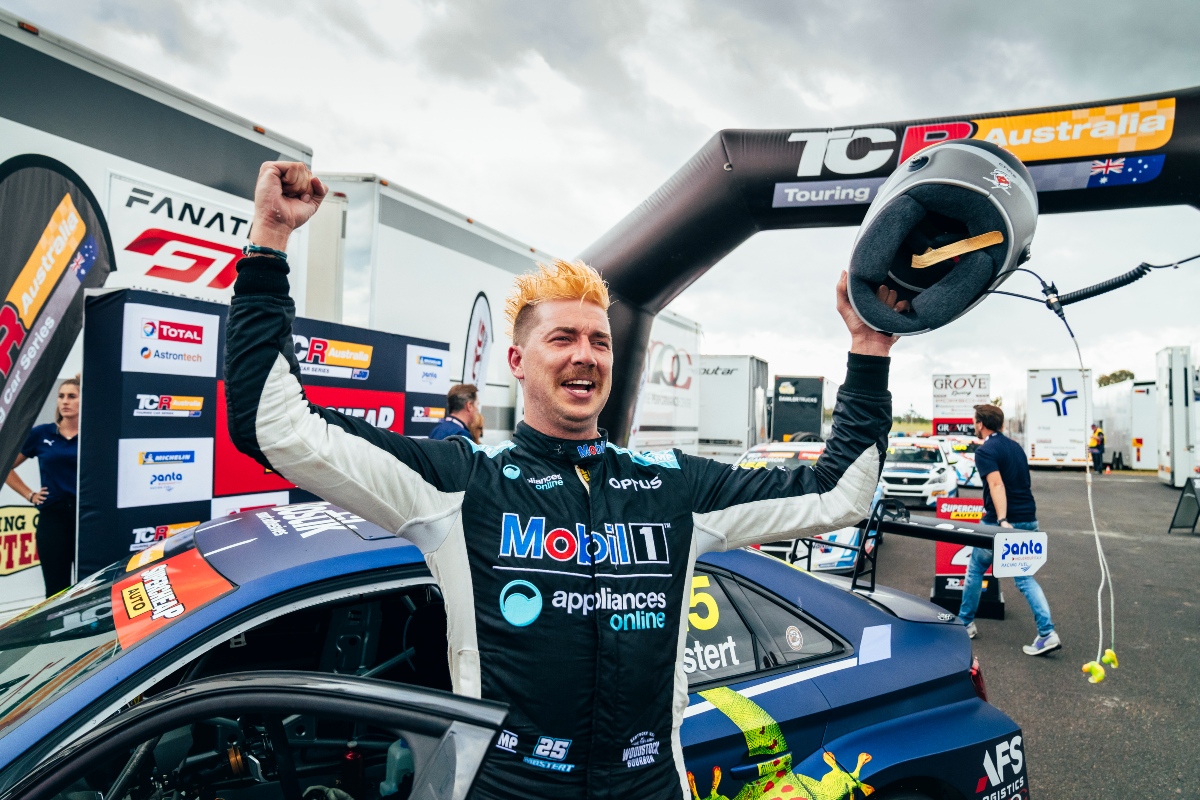 Chaz Mostert made it hard for himself but has rejoiced claiming the 2021 Supercheap Auto TCR Australia title.

With the TCR finale coinciding with the Bathurst 1000, Mostert was originally going to step away from his Melbourne Performance Centre Audi RS3 to solely focus on his responsibilities to Walkinshaw Andretti United Supercars programme.

However, a late schedule change to move the opening TCR race to Wednesday allowed him to commit to at least one start. But even that looked in doubt when he hit the wall in practice and forced an all-night repair.

This resulted in an uncharacteristically conservative run to ninth place, which was enough points to secure the title.

“Pretty surreal to see all the guys there from MPC putting in a massive effort to 4am to get the car ready for qualifying and the race,” Mostert told Speedcafe.com. “She all hung together and got enough points to clinch the championship.”

Mostert’s run to the title was an unlikely event from the start, because he was originally only intending to compete in selected rounds with the MPC Audi.

“It was a lot of fun doing the series,” he said. “A big thanks to the guys at WAU for letting me do it… Obviously I was only supposed to do one or two rounds but when you put yourself in the championship hunt it’s hard to say no and not keep coming back.”

Mostert will now skip the last two races on the TCR schedule at Bathurst and switch all his attention to his Supercars commitments with WAU. He was second in opening practice before co-driver Lee Holdsworth topped the afternoon session.