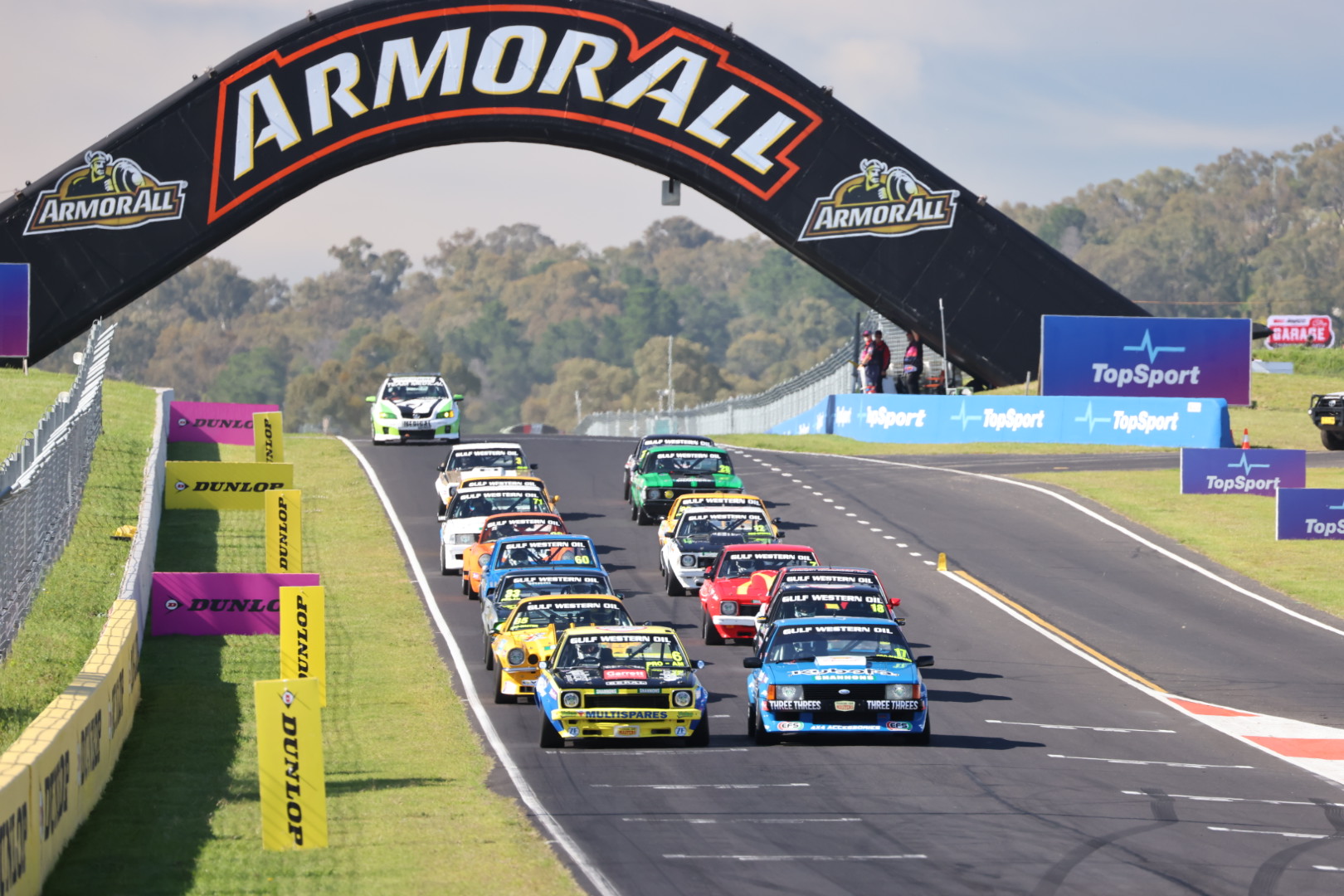 Johnson leads the field to the green in Race 2 at Mount Panorama. Picture: Ross Gibb

It was yet another dramatic race punctuated by high-profile exits, the first being that of Marcus Zukaovic who suffered his second puncture in two races.

Ryan Hansford was on course to close the gap to main title rival John Bowe, only to stop on the last lap due to a mechanical failure, swinging the momentum back in Bowe’s favour.

Initially, it was Johnson from pole position who got the holeshot into Hell Corner.

Adam Bressington made a strong start from the second row in the #85 Chevrolet Camaro RS, surging from fourth to second.

Come Lap 3, Hansford stretched the legs of his #6 Holden Torana A9X on Conrod Straight and made his way back to second with a pass on Bressington.

Bowe, who began the race in third but fell to fifth early on, soon made his way back to fourth with a move on the #33 Ford Mustang TransAm of Mason at Hell Corner.

For the second day in a row, the #71 Ford XD Falcon of Zukanovic suffered a right-front puncture, resulting in another DNF.

Moments later, and Cameron Tilley stopped his #60 Valiant Pacer on the run to McPhillamy Park.

By Lap 4, Bressington came under attack by Bowe, who made his way through at Hell Corner at the start of Lap 5.

That put the #18 Holden Torana SL back up to where it started, reclaiming third place.

Then, drama struck on Lap 6 for Hansford who slowed up Mountain Straight.

That gave Bowe and Bressington a free-kick as they made their way to second and third respectively.

Hansford would come to a halt at The Cutting and officials drew the race to an early close at the end of that lap.

Johnson would cross the line 2.7s clear of Bowe while Bressington completed the podium, 3.8s away from the race leader.

Race 3 of the weekend takes place on Friday at 08:20 local time/AEDT.