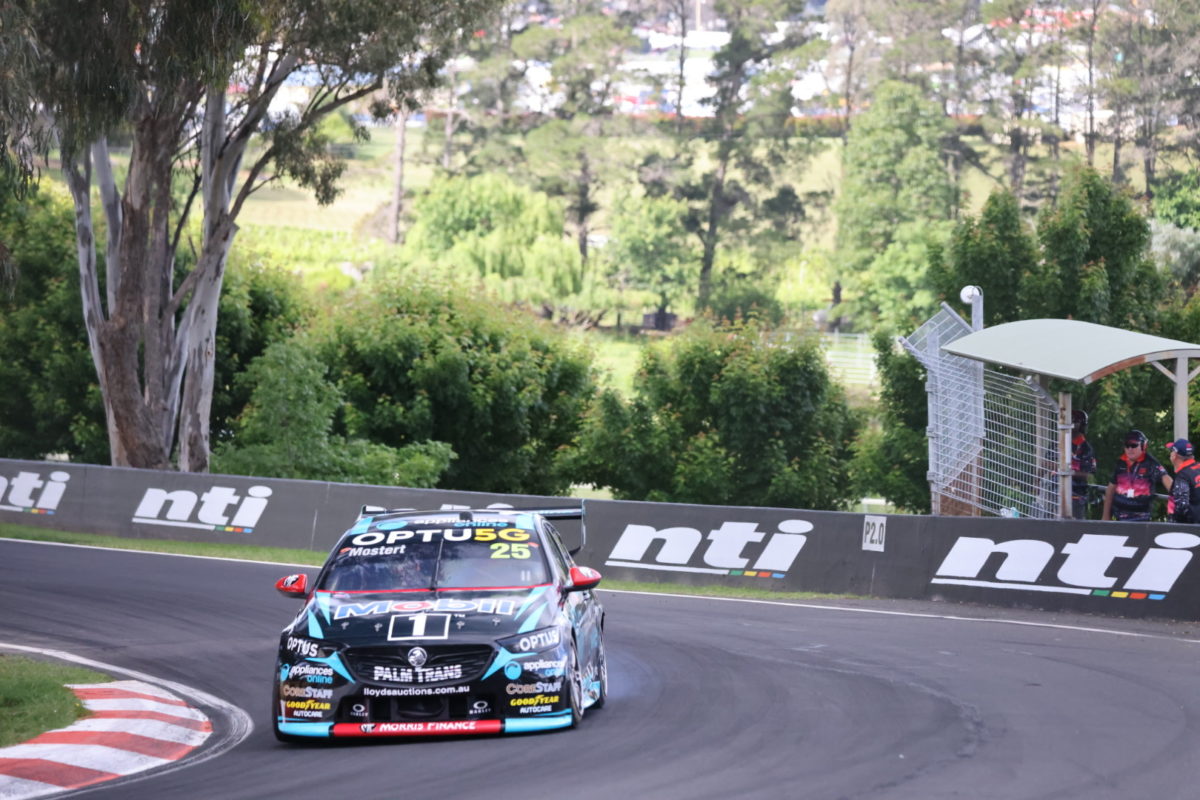 Walkinshaw Andretti United’s Lee Holdsworth has set a tidy pace in Practice 2, the first set aside for the co-drivers, at the Repco Bathurst 1000.

Pairing up with Chaz Mostert in the #25 Mobil 1 Appliances Online ZB Commodore, the 2020 provisional pole-sitter went as quick as a 2:05.2258s, just over two tenths slower than actual 2020 pole-sitter Cameron Waters had gone in Practice 1 this morning.

Water’s own co-driver James Moffat ended up second on a 2:05.6034s in Tickford Racing’s #6 Monster Energy Mustang, with Alex Davison third in the #17 Shell V-Power Racing Team Mustang at a further four tenths off the pace.

As far as one half of last year’s race-winning pairing went, Garth Tander was fourth-fastest in Shane van Gisbergen’s Red Bull Ampol Racing entry, although tyre selection may have clouded the true pace of the 25 cars in the field.

What was to have been an hour-long hit-out ended around 90 seconds early when Chris Pither hit both walls in Macauley Jones’ #96 Coca-Cola ZB Commodore at Forrest’s Elbow.

Brief spits of rain as the field headed out did little to affect the pace which was achieved straight out of the box.

David Wall was quickest initially with a 2:08.8907s in Jack Smith’s #4 SCT Logistics ZB Commodore, before Holdsworth drove Car #25 to a 2:08.9063s next time around, despite a slide exiting The Chase complex.

On his last lap before pitting to end his first run, Holdsworth went even quicker again in clocking a 2:06.4013s, putting Car #25 almost four tenths up on the field at that point.

It was a Walkinshaw Andretti United one-two when Warren Luff jumped 20 positions with a 2:06.7045s on his second run in Bryce Fullwood’s #2 Mobil 1 Middy’s ZB Commodore.

He almost bettered Holdsworth on his very next lap, going fastest to the second sector but locking the rears and dropping two wheels in the dirt exiting Murray’s, yet still setting a 2:06.5244s.

Erebus Motorsport’s David Russell then vaulted to the very top with a 2:06.3571s just before the halfway mark in Brodie Kostecki’s #99 Boost Mobile ZB Commodore.

Triple Eight Race Engineering was on top in the 33rd minute when Craig Lowndes improved from 18th with a 2:06.1647s in Jamie Whincup’s #88 Red Bull Ampol ZB Commodore, then virtually matched it in setting a 2:06.1981s on his next lap.

He was knocked off by team-mate Tander when the four-time Great Race winner set a 2:06.2369s at the start of his fourth run and then a 2:06.0947s on his second flyer back out of the pits.

It was then that the Dick Johnson Racing duo showed some speed, D’Alberto temporarily going third on a 2:06.3555s before Alex Davison put Will Davison’s #17 Mustang into first on a 2:06.0815s with just over 10 minutes to go.

Holdsworth then knocked both of them off by multiple tenths when he nailed the 2:05.2258s in the 52nd minute in the #25 ZB Commodore.

Aside from Dean Fiore’s climb to fifth with a 2:06.1643s in Todd Hazelwood’s #14 Cub Cadet ZB Commodore, there was no notable movement thereafter.

There might have been, given Holdsworth was sent back out for one more run, but he did not get a chance to seriously start another lap due to Pither’s crash and the consequent red flag.

In Triple Eight’s Supercheap Auto-backed wildcard entry, Russell Ingall was 25th with a personal-best 2:08.4438s in the #39 ZB Commodore.

Practice 3, another session designated for the co-drivers, gets underway tomorrow at 10:40 local time/AEDT.