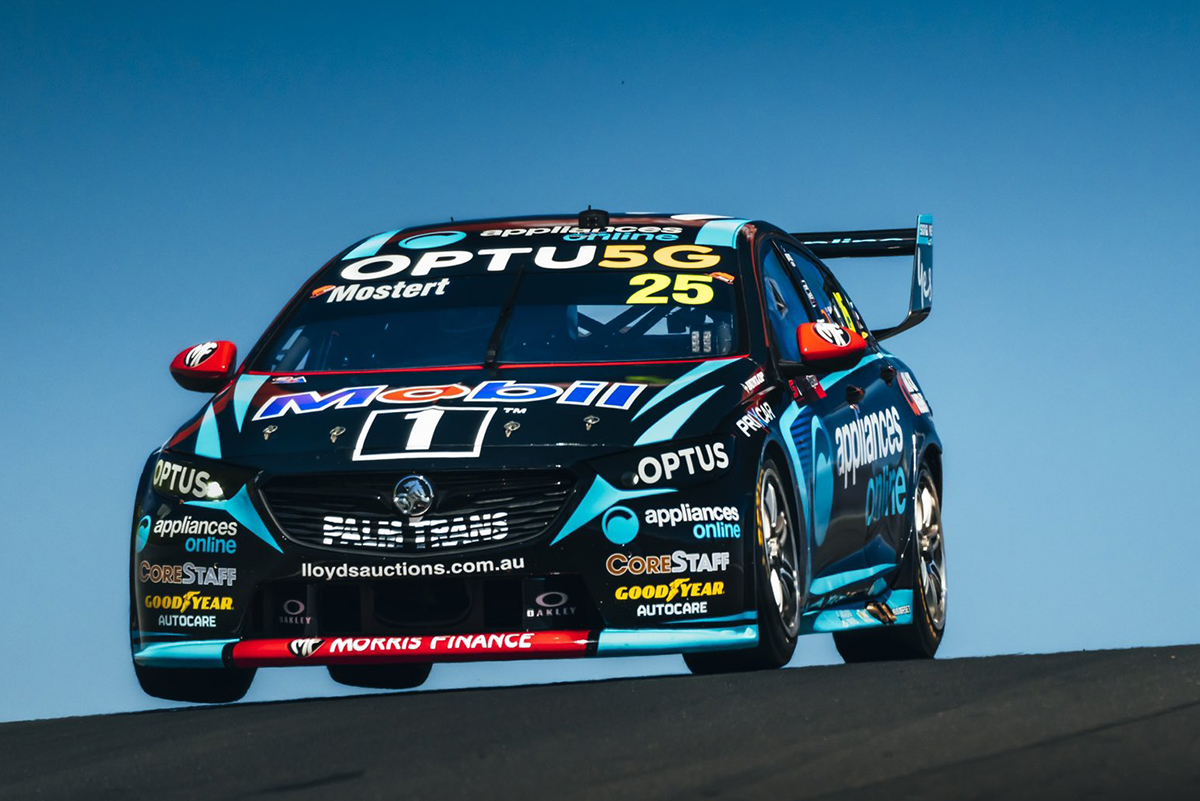 In first practice, it was Cameron Waters in the #6 Monster Energy Racing entry who led proceedings, and in the second it was his team-mate James Moffat who played second fiddle.

In both sessions, the #17 Shell V-Power Racing Team entry of Will Davison and Alex Davison occupied third.

“It’s nice,” said Holdsworth at the close of play.

“Obviously these guys had a really quick car at the start of the year here and Chazzie dialled it in a bit more this morning for me to jump in and have a little bit of fun around The Mountain.

“You’re always trying stuff and the great thing is that Chazzie and I… I’m probably driving a lot more like him this year just from the way that I have learnt to drive his car.

“So everything that is working for me is working for him and vice versa. So it’s great, it’s a great combination and really looking forward to Sunday.”

Asked how exactly he had gone about driving more like Mostert, Holdsworth replied: “I’m more of a driver that likes to lean on the front on entry, so I carry a lot of trail brake in, and the way that Chaz drives is probably more slowing it up on entry and driving it through the corner more.

“So it’s only subtle differences but that’s the way you have got to drive this thing to be quick.”

The sister #2 Walkinshaw Andretti United entry of Bryce Fullwood and Warren Luff flew under the radar on Thursday.

Fullwood was 14th in the opening account and 0.7s off the pace while Luff was 13th in his session and 1.3s away from the #25 entry.

The Repco Bathurst 1000 continues on Friday with the Repco Supercars Championship on track for Practice 3 at 10:40 local time/AEDT.