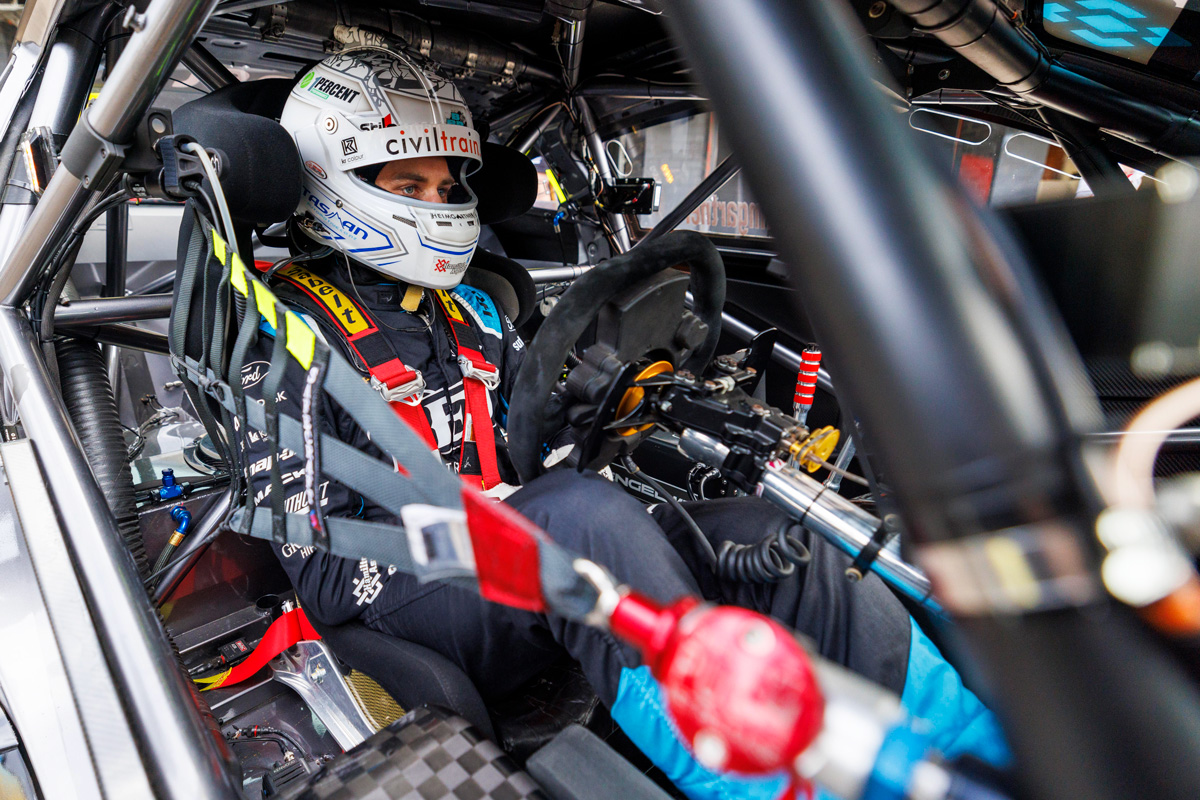 A brand-new Ford Mustang, a high-profile co-driver, and an impending farewell is giving Andre Heimgartner added motivation to win this year’s Repco Bathurst 1000.

This weekend’s Repco Supercars Championship finale will mark the end of an era for both sides of the #7 camp.

For Heimgartner, it’ll be his last appearance for Kelly Grove Racing before moving to Brad Jones Racing in 2022.

On the other side, it’ll be the final weekend the team runs with Todd Kelly at the helm before the Grove family takes the reins.

Kelly was responsible for reviving Heimgartner’s career in Supercars, bringing him into the fold in 2018 as his own replacement behind the wheel.

Heimgartner has been with the team ever since; and with their last weekend looming, the 26-year-old is keen to finish on a high.

“It would be an amazing storyline if we could win Bathurst or get a podium and really finish it off strongly – we’ll all be pushing pretty hard for that,” Heimgartner told Speedcafe.com.

“Obviously [Todd] has been very involved with my career and helped me a lot when I was younger and I’ll forever be grateful to the whole Kelly family for that.

“It’s sad that he’s stepping away, but the future is bright for them and whatever they choose.

“He’s not going to be just sitting on his couch wondering and watching the TV being sad, I’m sure he’ll be out doing things and getting after it. It’s a new chapter.”

Heimgartner will be joined by perhaps one the most underrated co-drivers, Matt Campbell, in this year’s Great Race.

Campbell will make his first Supercars start since the 2017 Gold Coast 600, which was a successful one with Triple Eight Race Engineering where he claimed third with Shane van Gisbergen.

Since then, he’s been globetrotting with Porsche, competing in and winning some of the world’s biggest endurance races including the 24 Hours of Le Mans in the LMGTE Am class in 2018.

For Heimgartner, there’s a feeling that he’s due for a result, and Campbell could be who he needs to help him achieve that.

“It’s one of the best chances I’ve had,” Heimgartner said.

“Obviously in 2019 with Bryce Fullwood the car was pretty speedy but unfortunately that was one of the ones that got away from us.

“This year, I’ve definitely got one of the best co-drivers in the field. Hopefully we can get the car in the window and operate in that front part of the field.

“Anything is really possible at this race. You can win it from last on the grid. We have a really good chance.

“I think we’re due a result. I think the best I’ve finished is ninth. For sure, we’ll be looking forward to at least improving that this year.

“I’m not necessarily going out there to win it, that’s obviously the end goal, but more so, I just want to get to the end and get there in a good comfortable position and see if we can get a solid result to finish the year.

“We have the potential in the car and the driver line-up, it’s just about executing that. If we’re there at the end we’re able to have a dip for the podium or a win then we’ll go from there.”

Heimgartner and Campbell will be joined in the Kelly Grove Racing stable by the #26 sister car of David Reynolds and Luke Youlden, who won the Bathurst 1000 together in 2017.