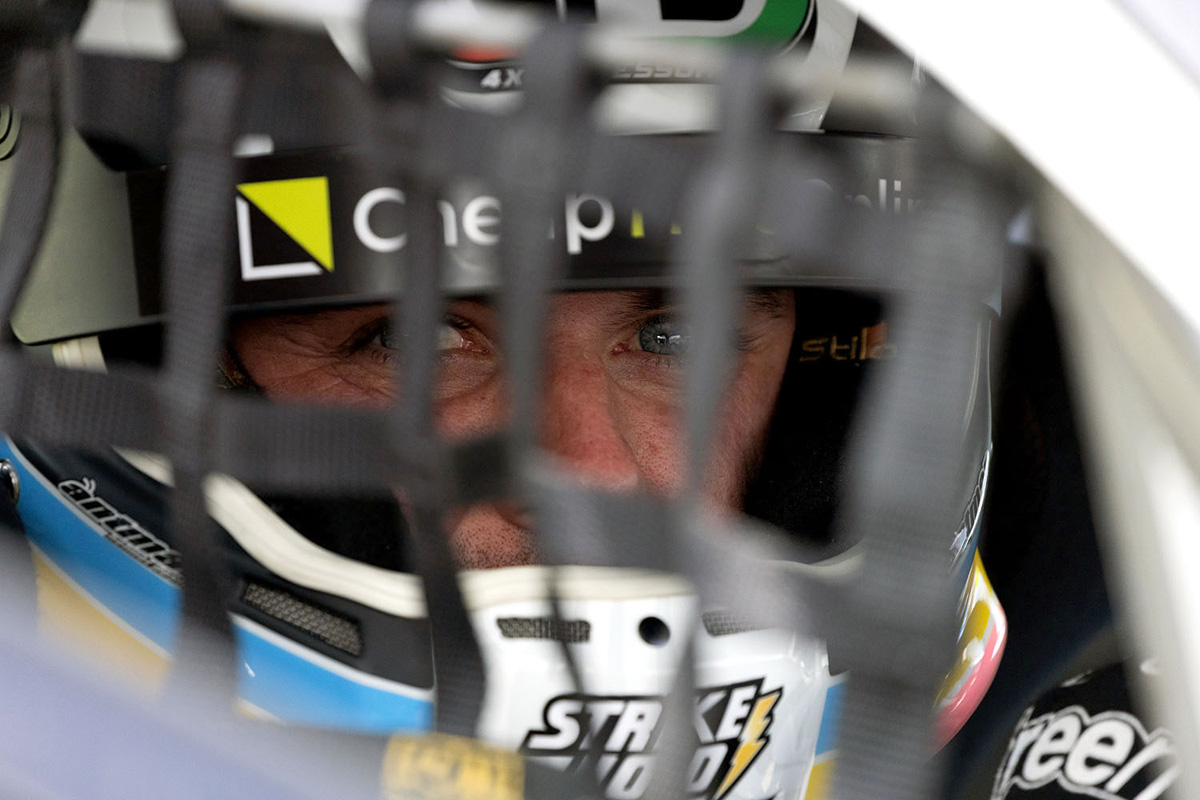 Ryal Harris has offered an apology for unintentional contact with title rival Aaron Borg that has turned the Haltech V8 SuperUte Series on its head.

Harris trailed Borg by 14 points leading into Race 3 this afternoon, during which he nudged the #4 Toyota Hilux on the opening lap at Forrest’s Elbow, which in turn found the outside wall and retired from the race.

Harris would go on to be first across the chequered line for the third straight race following a last-lap pass on Cameron Crick, but he has since been slapped with a 10-second penalty.

That has dropped him to sixth in the Race 3 finishing order but he nevertheless now sits atop the standings, 16 points clear of Crick with Borg a further 24 adrift.

Borg expressed his disappointment at the incident, for which Harris has accepted blame.

“I would never intentionally wreck someone,” the Mazda driver, well known for his hard-nosed racing style, told Speedcafe.com.

“I’ve just gone in there to try to put some pressure on him. I would have gone for the move but he shut the door pretty early in the piece and I just carried a little bit too much speed in there and I thought I’d cleared him but he turned in.

“It was the slightest touch and then he overcorrected and went into the fence.

“It looks horrible and I’m copping a lot of abuse over it.

“Certainly I deserve the penalty because it was clumsy on my behalf, but never intentional.”