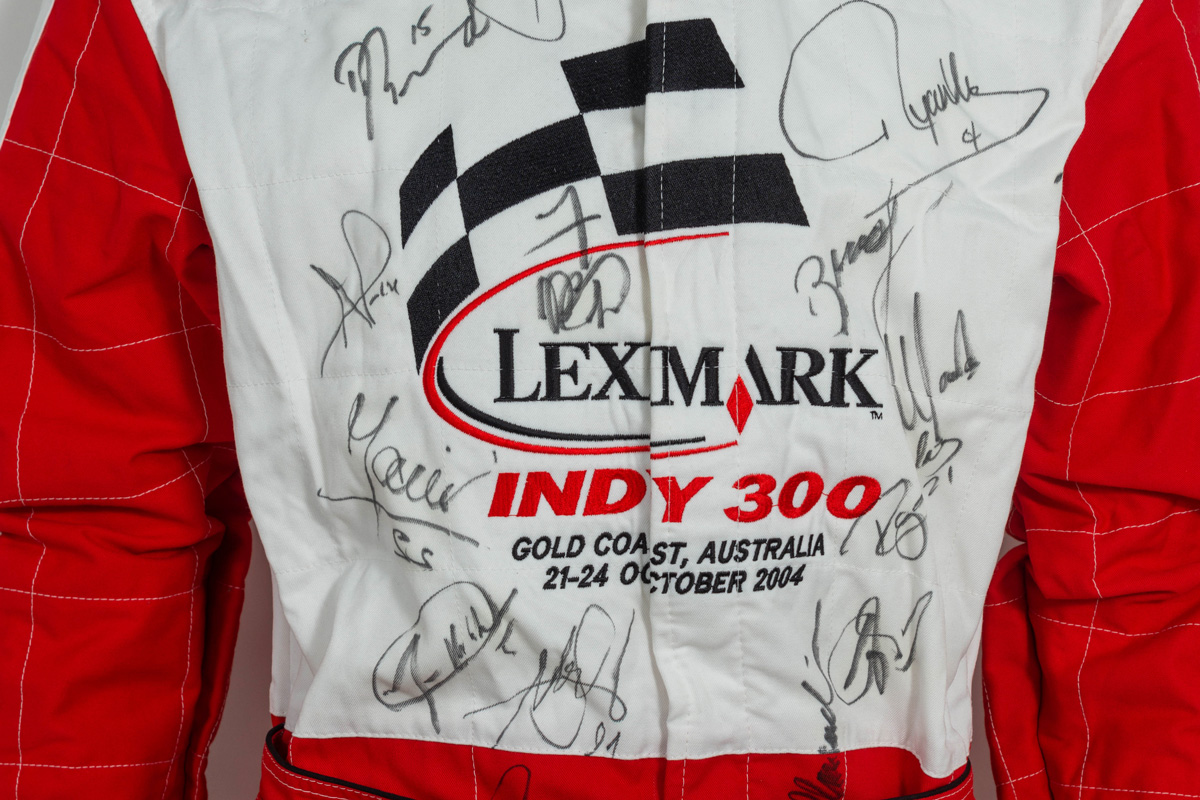 A promotional race suit signed by all starters in the 2004 Gold Coast Lexmark Indy 300 has been added to the already impressive list of items for the Motor Racing Ministries Super Auction being presented by Lloyds Auctions.

The auction has been established to pay tribute to MRM leader Garry Coleman, who will officiate a Supercars event for the last time at the Bathurst 1000 on Sunday.

The auction currently includes a set of race-worn Mick Doohan championship leathers, a DJR Shell V-Power Racing Team steering wheel used by Scott McLaughlin in his 2020 championship, an original race boot from Erebus Supercars driver Will Brown, $1000 worth of Kincrome tools, Castrol luggage and much more.

The Gold Coast Indy 300 event was once the biggest motorsport event of the year outside of the famous Indianapolis 500.

The event attracted more than 300,000 over four days on one of the world’s most spectacular street tracks in Surfers Paradise.

This was a promotional suit supplied to the event by RPM and was signed by all 19 starters in the race including winner Bruno Junqueira and fellow podium finishers Sebastien Bourdais and Mario Dominguez.

It has been donated from the personal collection of Speedcafe.com owner and founder, Brett “Crusher” Murray.

“This is a rare piece of gear and has been sitting in my collection for almost 18 years,” said Murray.

“There are some pretty awesome names on this suit and I am sure it will be a great addition to some fan’s collection and raise some cash for a wonderful organisation at the same time.”

The 2004 race featured Australian driver and former Supercars race winner David Besnard, who has signed this suit on the right-hand chest.

Besnard finished seventh in what was his one and only Champ Car start.

Other high-profile racers to have signed the suit include Jimmy Vasser, Paul Tracy and the late Justin Wilson.