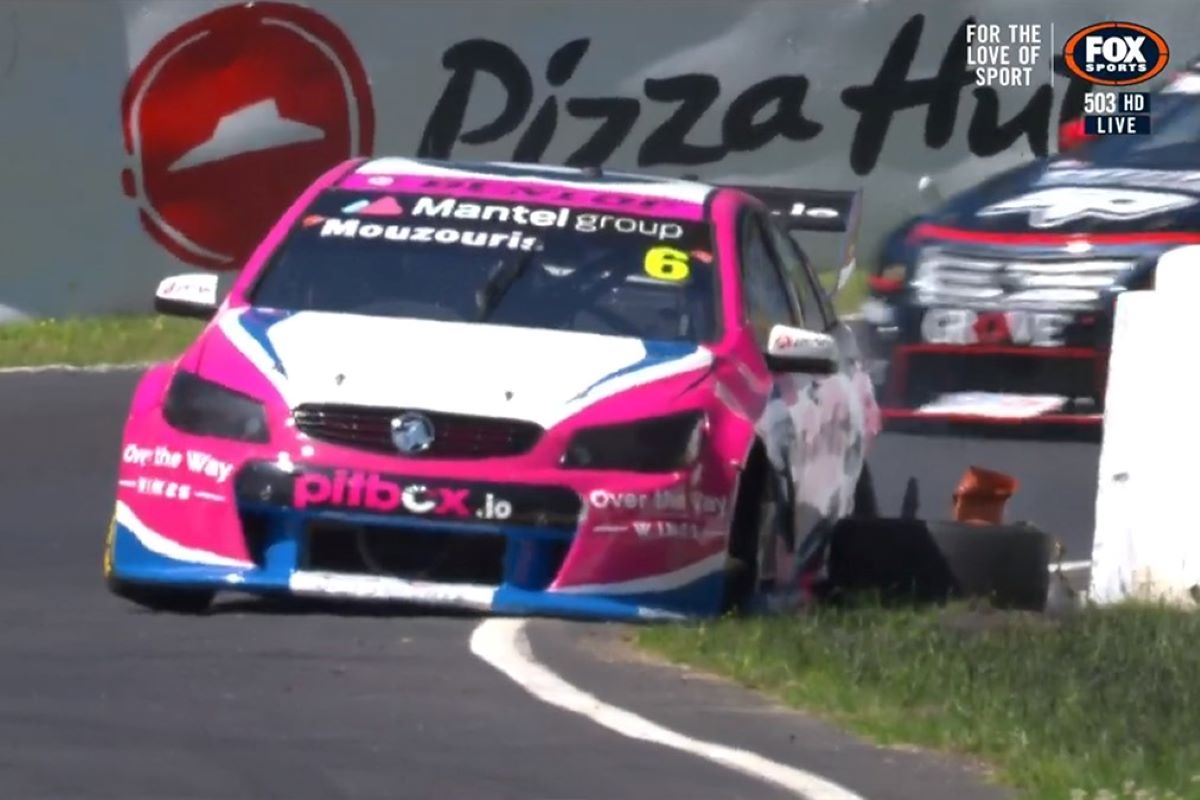 Mouzouris had a heavy impact with the wall on the run to Forrest’s Elbow after he glanced the wall on drivers’ right in extremely similar fashion to that which Chaz Mostert experienced in 2015.

The #6 VF Commodore came to a halt just on the exit of the Elbow, triggering a red flag with less than a minute to go and thus preventing anyone in Super2 from getting in a green tyre lap.

The incident locked the sister #888 Triple Eight Race Engineering VF Commodore into top spot in Qualifying for Race 1, with series leader Feeney to be joined on the front row tomorrow by MW Motorsport’s Jayden Ojeda.

Earlier, Morris junior lost the rear of his #67 FG Falcon as he turned into the kink on a flying lap midway through the 20-minute session, spinning into the wall on drivers’ right.

The Flash Bush Motorsport entry made frontal and left-rear contact with the concrete before coming to rest in the gravel trap and drawing the first red flag.

“[The car] doesn’t look too bad, actually; just sort of wiped the nose and wiped the rear a bit.

“I think he was probably a bit wide on the entry, got out a bit wide and maybe a little bit of dirt on the tyres, and around it went.” 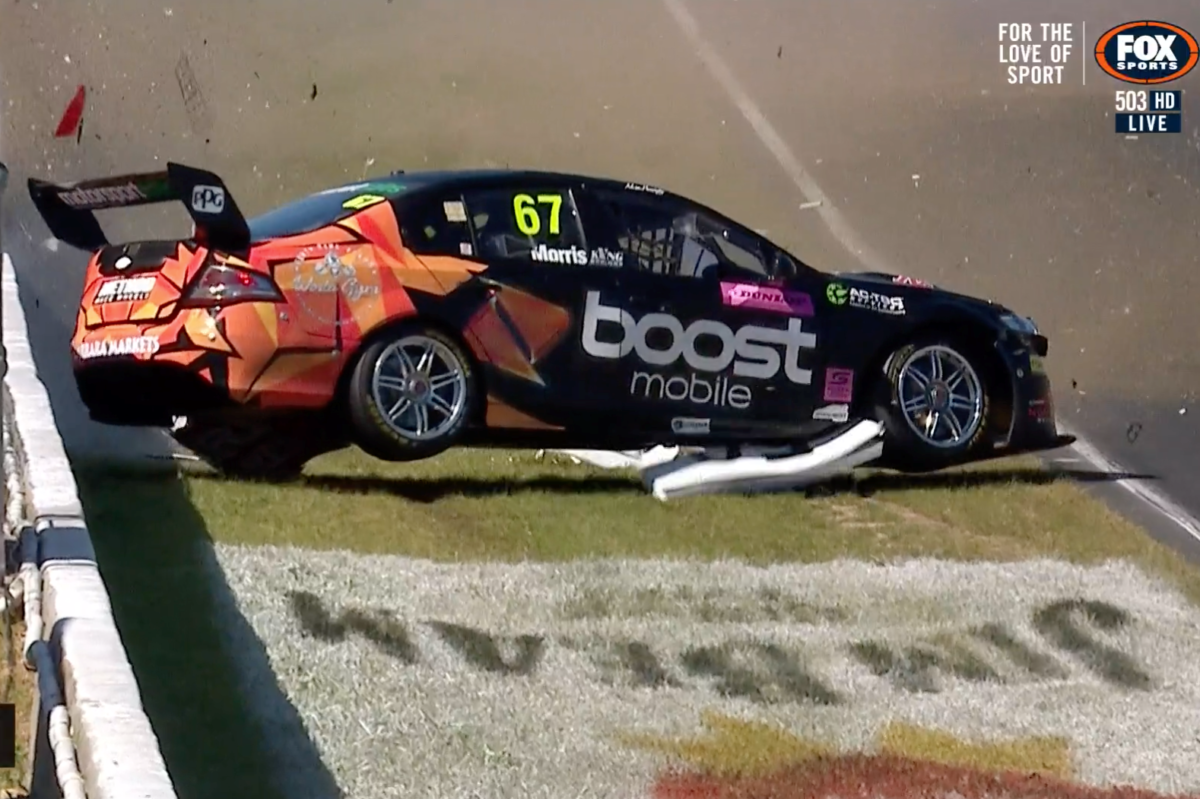 Under sunny skies at Mount Panorama, Tickford Racing’s Zak Best (#78 FGX Falcon) was fastest after the first flyers on a 2:07.1801s, less than a tenth of a second up on Feeney.

The front-runners were either in or on their way back to the pits when Morris, who was fastest of the Super3 class at the time, drew the red flag.

The third-tier contingent was parked for the rest of the session, per an earlier plan to give the Super2 field clear track for the final five minutes, and it was just under five minutes that they would have prior to the chequered flag once proceedings resumed.

Only the Triple Eight duo got out quick enough to give themselves a chance of two late flyers, but that became a moot point when Mouzouris came to grief on the descent between The Dipper and Forrest’s Elbow.

Mouzouris was fifth until he lost his best lap due to the red flag, meaning it will be Grove Racing’s Matt Payne (#10 Nissan Altima) on the inside of Row 3, alongside MW Motorsport’s Tyler Everingham (#27 Nissan Altima). 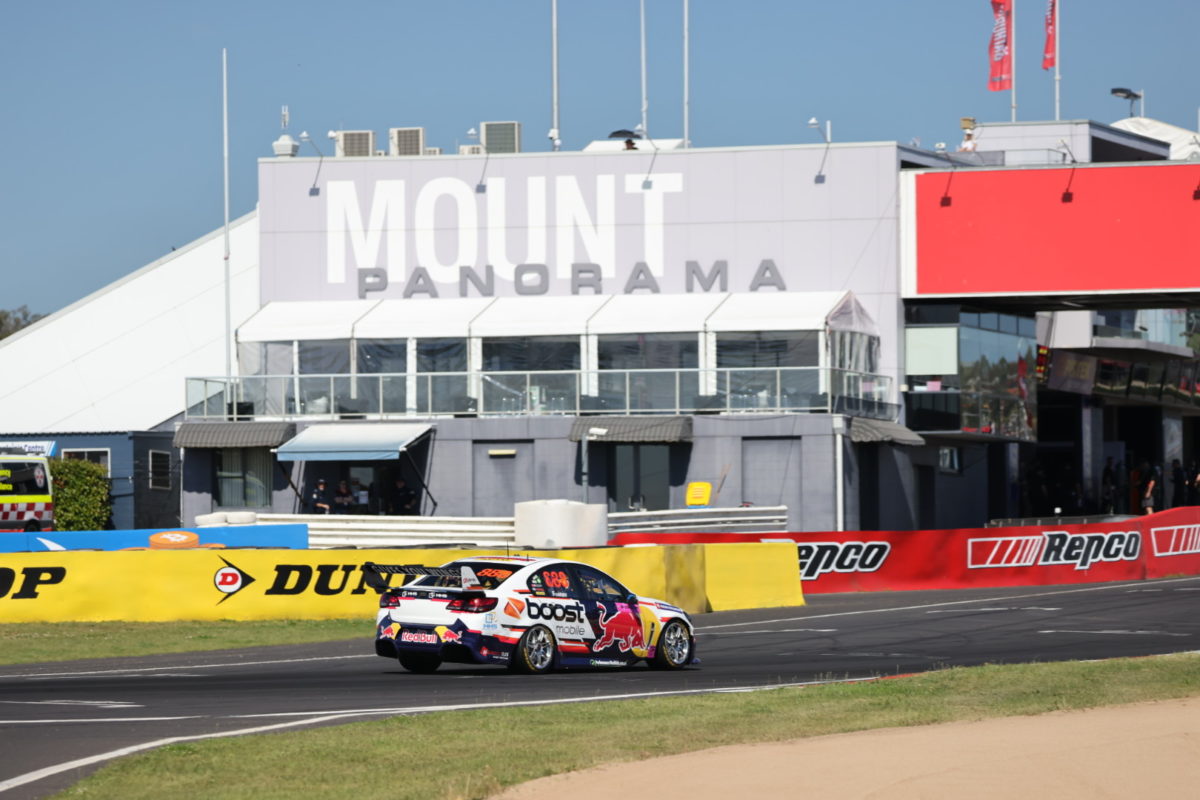 The Super2 field is down to 15 after Declan Fraser’s big crash in the #777 MW Motorsport Nissan Altima in Practice 2.

Morris ended up 17th on the 2:11.9496s which he reverted to, from Michael Anderson (#5 Anderson Motorsport FG Falcon), while Image Racing title contender Reef McCathy (#61 FG Falcon) did not set a lap time.

Racing is not until Friday, with Qualifying for Race 2 of Round 5 coming up today at 15:10 local time/AEDT.