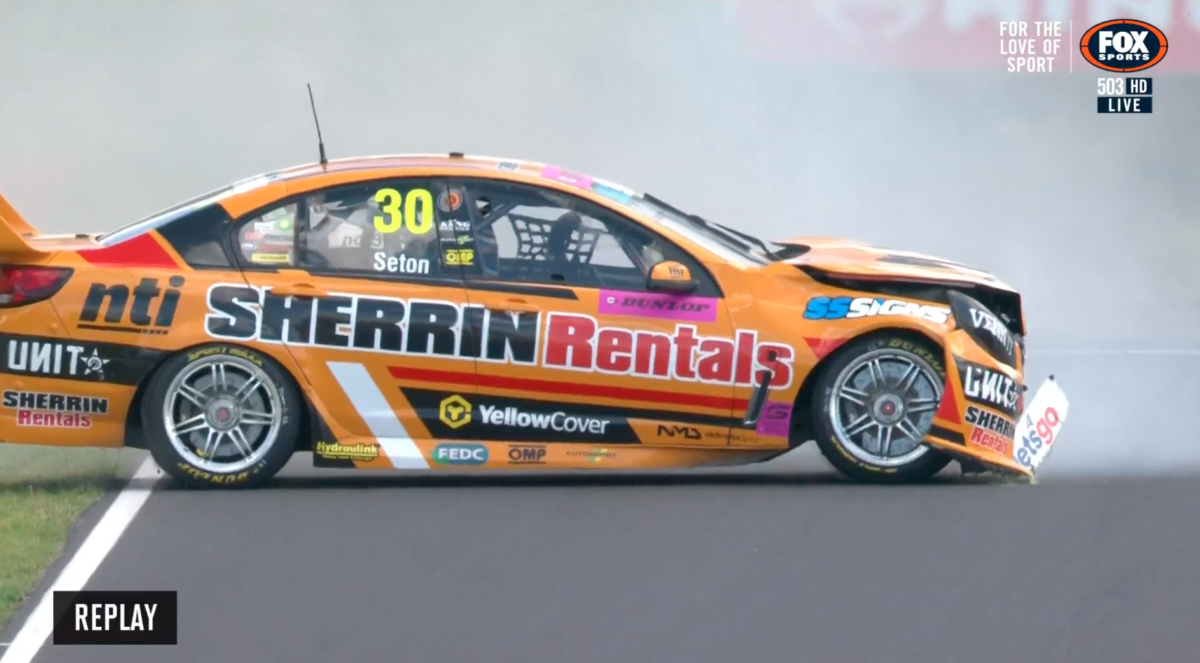 Broc Feeney has gone fastest in a crash-filled Qualifying for Race 2 in Round 5 of the Dunlop Super2 Series at Mount Panorama.

While, strictly speaking, 25 drivers set a lap time, only seven of those were representative, due to two red flags.

Assuming those results stand as the starting order for Saturday afternoon’s 16-lapper, the series leader and his #888 Triple Eight Race Engineering VF Commodore will be joined on Row 1 by Image Racing’s Jordan Boys (#49 VF Commodore).

Eggleston Motorsport’s Matt McLean (#54 VF Commodore) would line up on the inside of Row 2, alongside Jaylyn Robotham (#999 VF Commodore) in another Image entry.

Title contender Zak Best (#78 Tickford Racing FGX Falcon) was sixth-quickest in Qualifying for Race 2 but Jayden Ojeda (#31 Nissan Altima) was only 20th, having been fastest to the second sector when the second red flag was called.

Unluckily for the MW Motorsport driver, he would not get a chance to complete a lap proper, with the session declared due to the need to repair barriers.

That made for a mixed-up order with Super3 competitor Garry Collins (#96 Collins VE Commodore) not only first in class but officially eighth outright, albeit with a lap time of 8:57.1347s.

The hit-out was red flagged within two minutes after Tyler Everingham and Matt Payne apparently collided on their out lap.

The field was still warming up their tyres when Everingham came to a stop on the side of Mountain Straight, with his #27 Nissan Altima sporting damage on its left-rear corner.

While cameras did not capture the incident, MW Motorsport boss Matthew White claimed a rival swerved into Everingham, and Grove Racing’s Payne was later revealed as the other party involved. Said White, “Tyler is absolutely fine. He was just trying to get moving and a car swerved into him as he was accelerating up the straight; tough weekend for us.

“It doesn’t look like he will be back out for this session,” he added.

“The rear is hanging out, so it will be arms, it might be axle as well.”

“I was just weaving down the straight, warming my tyres up and then I checked my mirror before I went over the hill.

“I thought those guys were going to stay behind me and then I did one stop just to warm the brakes and then I started weaving again, and next thing I know I’ve been hit.

“I don’t really know what happened but we move on. The car feels fine, so just a bit of a crazy incident, I guess.

It was advised during the stoppage that the matter will go to a post-race investigation.

It appeared to have been triggered when Super2 competitor Jon McCorkindale (Mac Motorsport) spun the #69 VF Commodore coming out of The Dipper, slapping the left-front corner on the concrete wall as it went around. 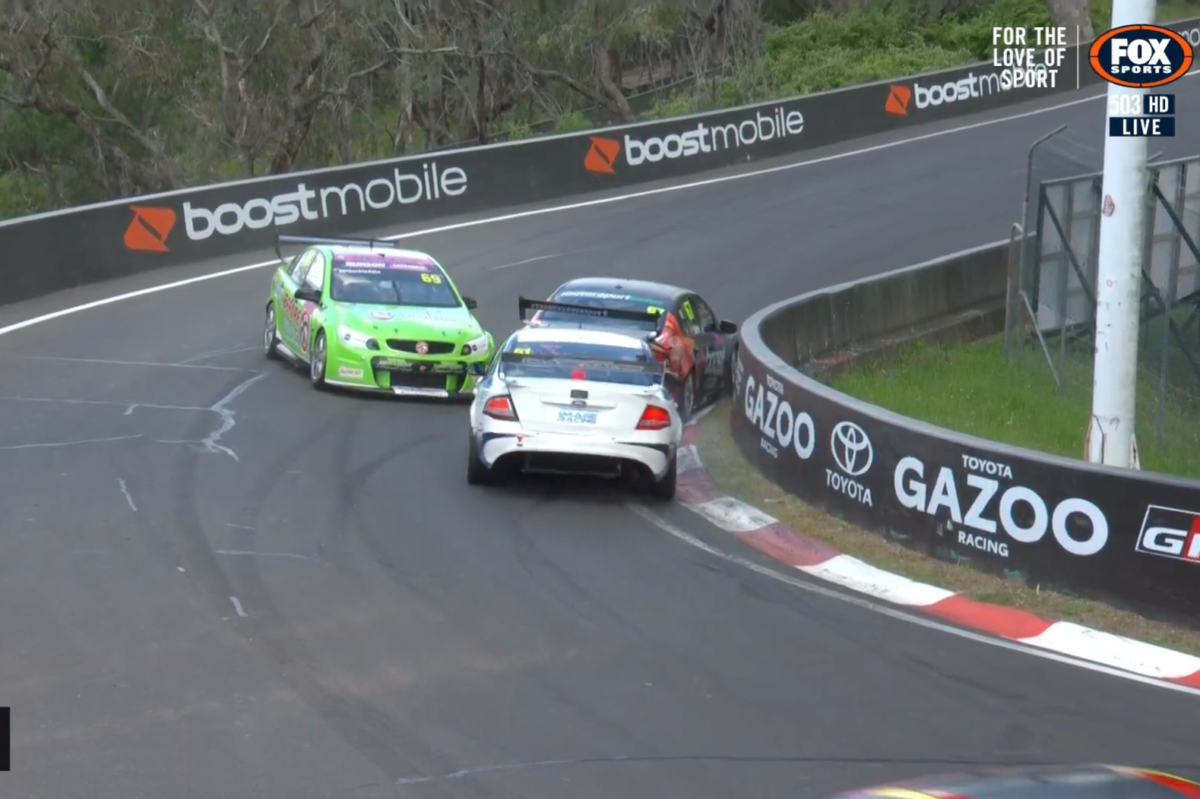 Replays suggested the reds were just being unfurled when Seton got over the exit kerb and spun under the bridge, causing a heavy frontal hit for the #30 VF Commodore.

“Coming out of The Chase, he’s got a wheel in the dirt and it’s just turned him towards the fence.

“Just a mistake; it’s disappointing but we’ll bounce back.”

The session was initially extended to 15:40 local time, 30 minutes after it had started, but a restart never came.

Triple Eight’s Angelo Mouzouris was a non-starter in the session after crashing the #6 VF Commodore in Qualifying for Race 1, this morning, but is believed to be a good chance of contesting tomorrow’s first race of the weekend.

That 16-lapper is due to get underway tomorrow at 15:30 local time/AEDT, with Feeney to start from pole. 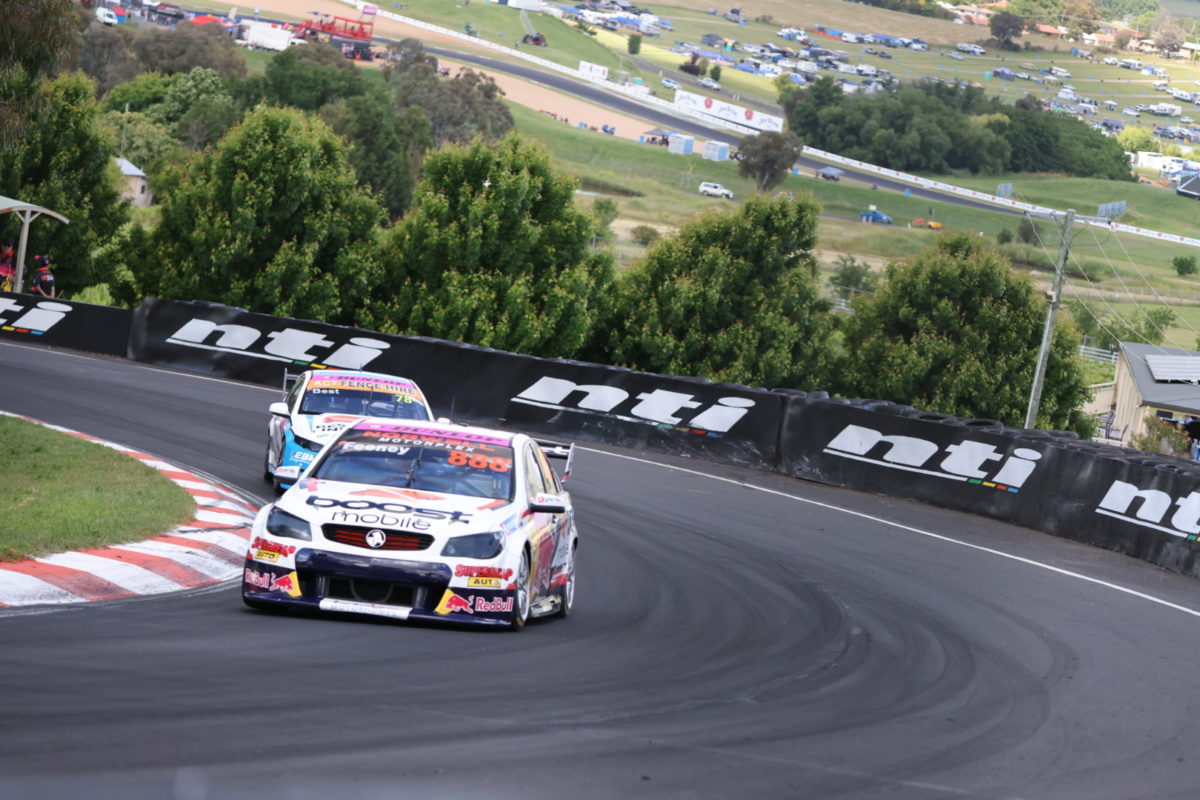