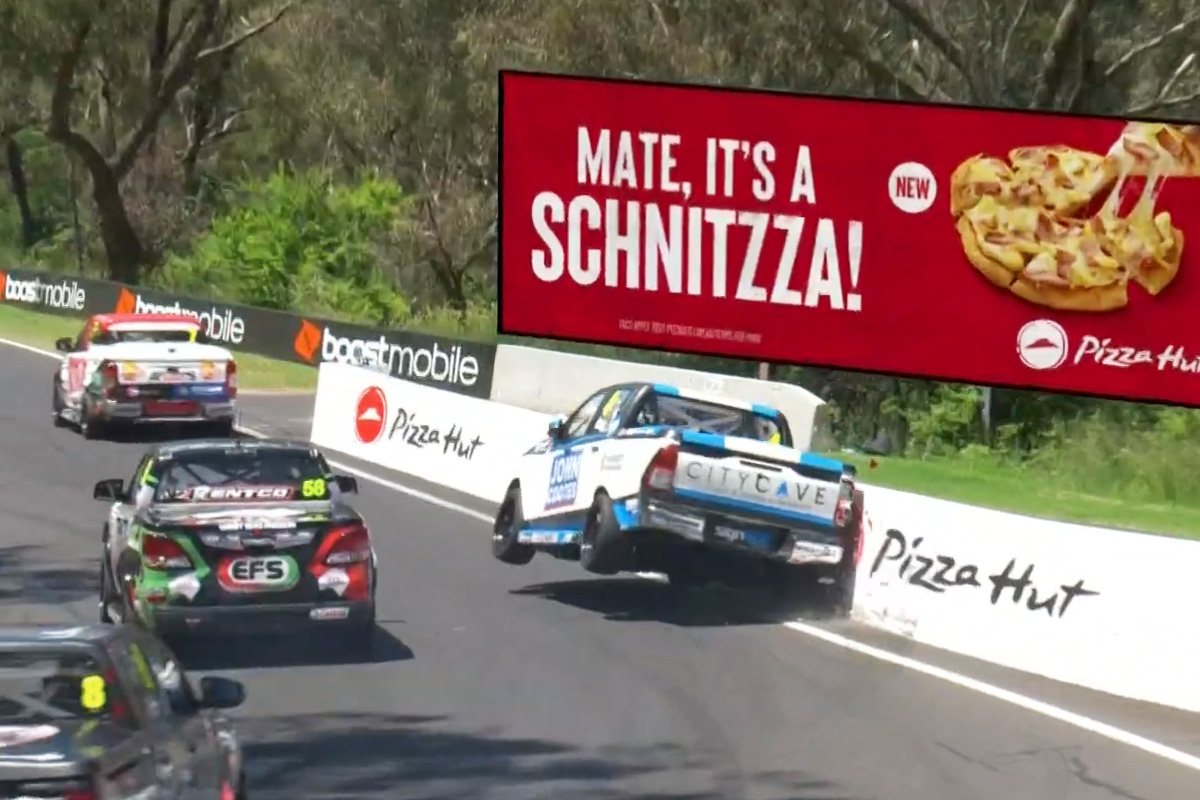 The Haltech V8 SuperUte Series title fight has boiled over, with rivals Ryal Harris and Aaron Borg decisively colliding in the penultimate race of the season.

Harris would go on to win the race courtesy of a last-lap overtake on Cameron Crick through The Chase, while a devastated Borg was forced to retire his Toyota Hilux after wobbling back to the pits.

There may yet be more to the story, though, with potential post-race fallout from a Lap 1 incident between Harris and Borg.

Winner of the week’s opening two races, Harris dropped to third on the run down Mountain Straight as Crick and Borg charged by.

That put pre-race points leader Borg in a favourable position to manage the situation to Harris behind, only to be tagged by the #58 Mazda BT-50 at Forrest’s Elbow.

With Borg a non-finisher and Harris taking victory, the title battle has swung dramatically in the latter’s favour to the tune of a 52-point advantage.

Borg was less than impressed when approached on the Fox Sports broadcast.

“From where I sat, I just turned into the corner and went to get a good run out on Cricky,” he said.

“I had a good gap behind, and out of nowhere I got hit in the rear and pushed into the wall.

“It’s a disappointing way to end it, I thought we’d be able to race cleanly but to finish it like that is very disappointing.”

There was more carnage to come during the five-lap encounter, with Chris Formosa getting fully airborne after making contact with Richard Mork at The Chase on Lap 2.

The very next lap, Craig Woods brought out the Safety Car with a big impact at The Cutting that would end his race.

The field did get to finish under green, with David Sieders completing the podium behind Harris and Crick.

Ben Walsh, Mork, Jaiden Maggs and Formosa finished fourth through seventh –  the latter having managed to carry on – ahead of Michael Formosa and Craig Jenner.