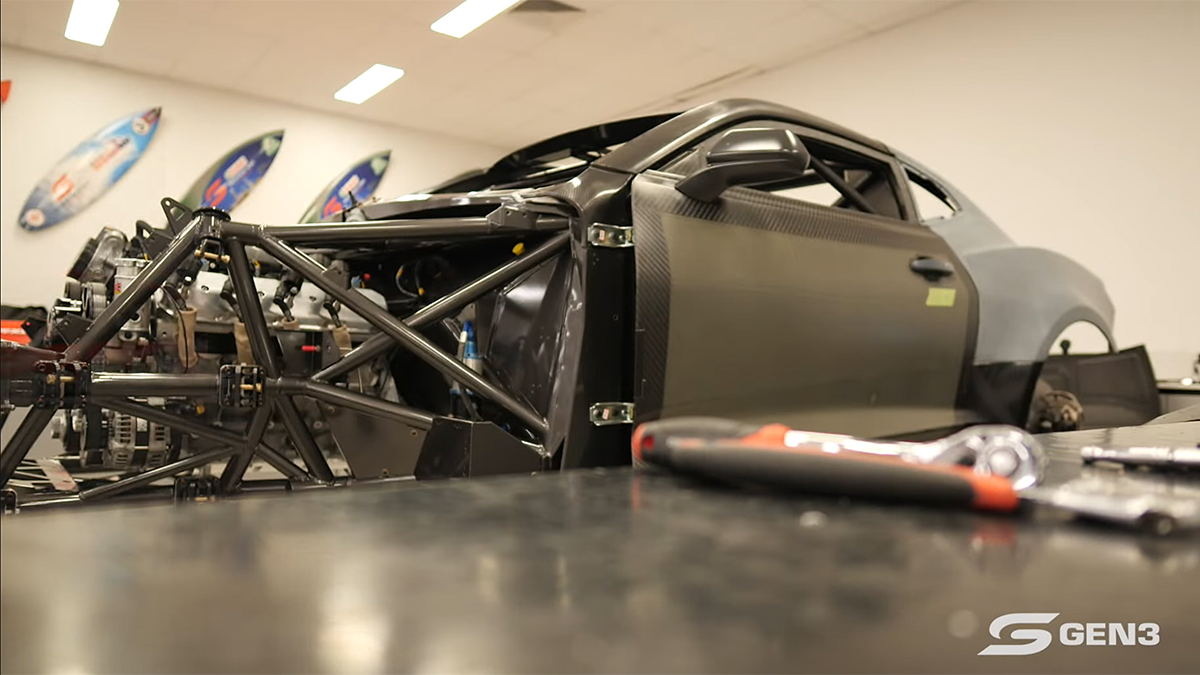 The Gen3 Chevrolet Camaro (pictured) and Ford Mustang will be revealed at Mount Panorama. Picture: Supercars

This week Supercars will publicly debut its Gen3 prototypes at Mount Panorama, but what happens after that?

It’s been a long road to the public reveal of the new Chevrolet Camaro and Ford Mustang which has been laden with delays and differing opinions.

However, come December 3, it’ll all mean very little once the cars hit Mount Panorama for the first time, as Supercars head of motorsport Adrian Burgess explains.

From there, the respective homologation teams Triple Eight Race Engineering (General Motors) and Dick Johnson Racing (Ford), along with the Supercars Technical team will return home and recommence testing after the Christmas break.

“At the moment, we’ve only locked in a few days,” Burgess told Speedcafe.com.

“So towards the end of January, we’ll probably do three or four days up at Queensland Raceway just because it’s close to the homologation teams, and Supercars. So if we do have any issues, we’ve got our facilities close by to be able to fix them.

“All the data, all the lap times, all the set-up sheets, all these things will be distributed to all the teams so they can see at a distance what we’re doing and what we’re trying. That’s how we’ll go next year.

“We have already distributed to all the teams, all the data and set-up information from the shakedown that we did at QR as an example.

“We’ll take it to the tracks next year so the fans can get to see it, and all our various stakeholders and partners through the series can also get to see it.

“We’ll have it on display when the public comes into the paddock, hopefully we’ll have areas set up at certain races where they can come look at it themselves. So we’ll go through all of that stuff next year in preparation for racing in 2023.” 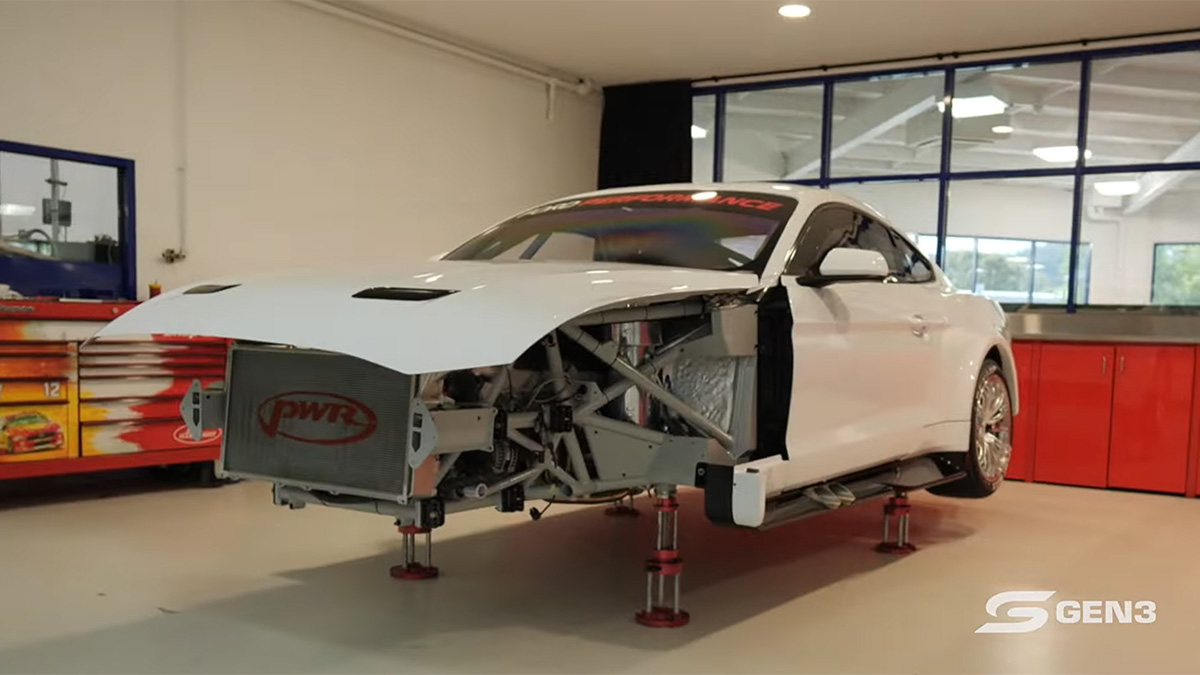 Thus far, Supercars has completed a shakedown with its Mustang (pictured above) and Camaro in the lead-up to the big reveal.

When the cars do debut at the Bathurst 1000, it’s not expected they will run at full tilt and will not run “in anger” until next year.

By and large, what the public sees when the cars break cover will be what races in 2023.

However, there is still aerodynamic parity work that needs to be done and reliability assessments.

“We haven’t done a VCAT [Vehicle Control Aerodynamic Testing] yet and we’re not planning on doing a VCAT until the middle of the year,” Burgess explained.

“So a few small aero devices, the undertray lengths, things like this will change and be trimmed. We’re still carrying on our work in CFD [Computational Fluid Dynamics].

“You’d like to think that 98 percent of what you see is what we’re going to have but we’ve still got to make sure it’s reliable.

“We want to make sure it sounds good. I mean, at the moment, it sounds amazing, and I’m sure we’re happy with that, but we’ve got to go and test all these things.

“We’ve got to put 3000, 5000, 10,000 kilometres on different things to prove their reliability. So some things may get adjusted, tweaked, modified, strengthened, or whatever the case may be throughout this next year.

“It’s all part of the validation process that we’ll do next year before they go racing in 2023. So will things change? I’m sure something will change. That’s the life of the car, that’s the process any new car goes through. This is its first day. It’s a baby. It’s a newborn at the moment. The thing will grow and develop as time goes by.”

Demonstration laps at each stop on the 2022 Repco Supercars Championship calendar will also be crucial in the category’s development.

Part of that isn’t necessarily limited to testing the reliability of the cars, but taking stakeholders for hot laps as well as generating public interest in the project.

Circuits like Newcastle and the Gold Coast will be of particular interest where they can run the car over high speed, punishing kerbs.

“We’ll try and combine a bit of everything into whatever running we do on each of those weekends to learn as much as we can, in preparation,” said Burgess.

“At some point we’ll run it at Bathurst in anger. We’ll probably only just cut some demo laps when we’re here this week, but next year, we’ll take it there and push the thing hard and understand if we’re going to have any issues with anything.

“That’ll be the same in Darwin, we’ll probably take it there and run it in the hot temperatures. We’ll smash it across all the kerbs in Newcastle and Gold Coast and any other circuits where we can load test the car in the conditions that they’re going to race in.