The wheel nut pops out of Car #777. Picture: Fox Sports

Supercars is looking at the wheel nut which popped out and sent Declan Fraser into a heavy crash in Dunlop Super2 Series practice at Bathurst.

Fraser lost the back of his MW Motorsport entry and spun into the wall at Sulman Park when the nut parted company with the right-rear wheel of the #777 Nissan Altima.

Wheel nuts are a control part and, according to Supercars’ Operations Manual, those used in Super2 must comply with part/drawing number V8SC-5-001, one of two options available in the Supercars Championship.

Having been a chance of finishing the season as top rookie, Fraser is now out for the weekend, while the car itself could well be sidelined for good.

“There’s a fair bit of damage, so it’s not in a good shape,” team owner Matthew White told Speedcafe.com.

“Yeah, it was probably the amount of crush which the car got, which was a chance to absorb the impact, which was fortunate for Declan, because it was a mighty hard hit.”

Regardless of how and why the nut might have failed, the car did well enough to protect Fraser. 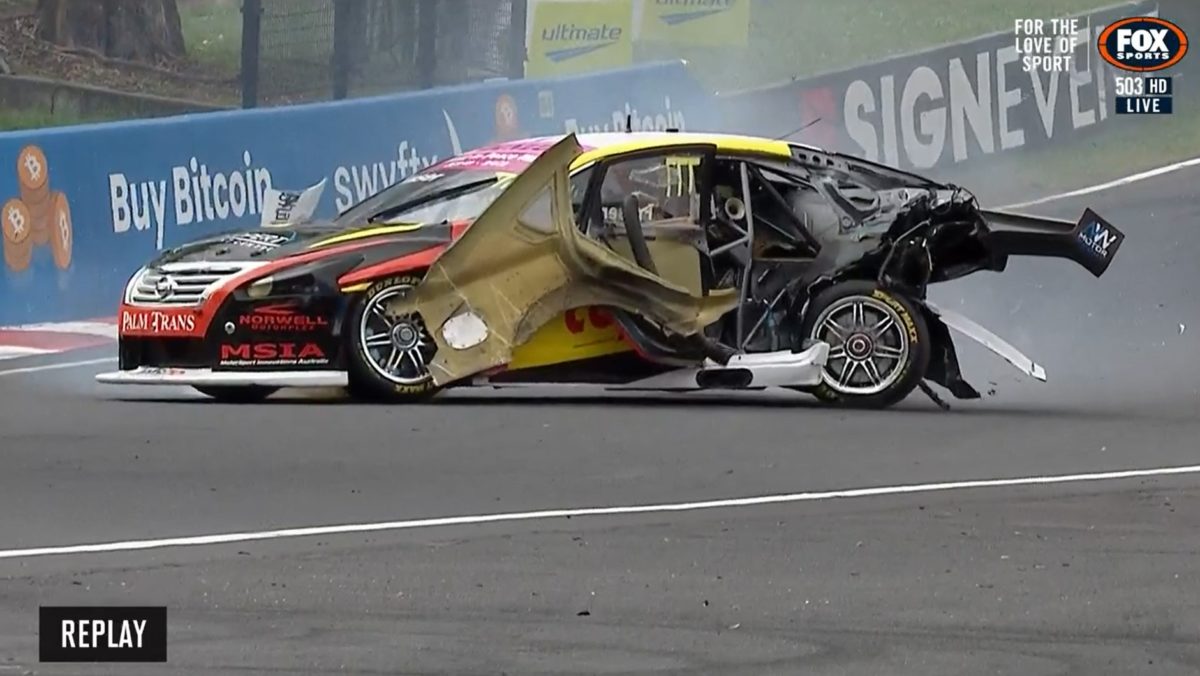 The MWM team is unsure of what caused the problem.

“We can’t quite understand what’s gone on there, because the guys are adamant it was done up tight,” explained White.

“It did an out lap and he started the lap and set his fastest first sector, and had no sign of any vibrations or wobbles.

“So, a little bit peculiar, but obviously some form of a hub to nut failure of some description, but not sure exactly why.”

Image Racing’s Jordan Boys set the fastest two laps of Practice 2, having seemingly been one of a handful to get in a green tyre run before Fraser triggered the red flags and thus a slightly early end to the session.

Ojeda, in another MWM Altima, had been fastest for much of the hit-out, after topping Practice 1.

It was in that session when Image’s Jaylyn Robotham had the left-rear wheel on his VF Commodore come loose due to what was suspected at the time to be a nut which was stripped of its thread, although Speedcafe.com is not aware of any suggestion that the issues are related.

Qualifying for Race 1 of Round 5 starts tomorrow at 09:30 local time/AEDT.