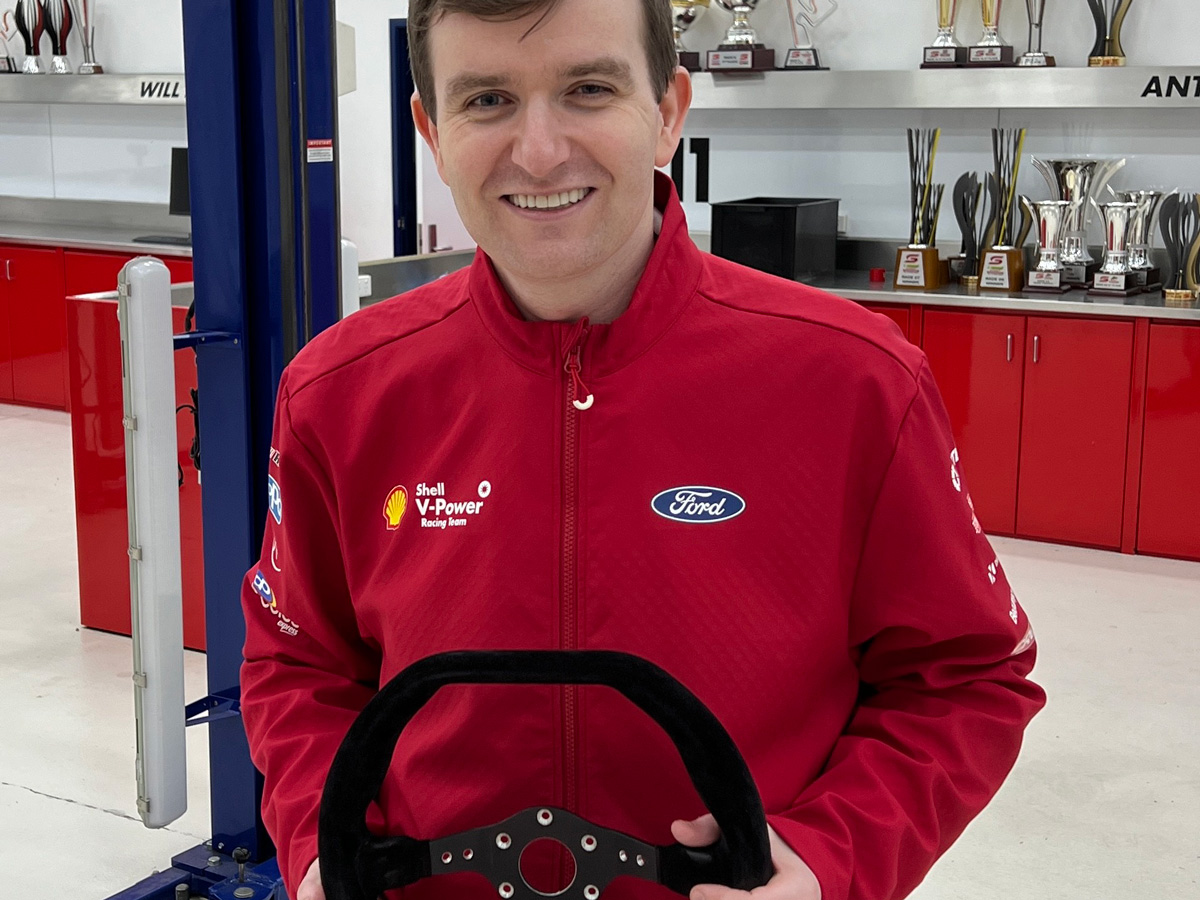 The wheel has been mounted on a bespoke polished stainless steel mount, made by the team’s fabricators, with a Certificate of Authenticity and the custom handmade mount personally signed by McLaughlin.

The Super Auction has been created by Speedcafe.com to pay tribute to Motor Racing Ministries founder Garry Coleman who will officiate at a Supercars event for the last time at the Bathurst 1000 on Sunday, December 5.

DJR Executive Chairman Ryan Story has driven his team’s participation in the Super Auction, which is shaping as one of the biggest charity events in Australian motorsport.

“DJR and the Shell V-Power Racing Team have a relationship with Garry and Motor Racing Ministries which goes back decades,” said Story.

“It is an organisation close to our hearts and it is great to see Garry’s career celebrated with an initiative like the Super Auction.

“Garry is a wonderful man and will be sorely missed in pit lane – it’s hard to imagine going racing without him there with us trackside for the incredible pastoral care, words of wisdom and support he is renowned for sharing with all of us.

“We were keen to find a unique piece to donate and we think one of Scott’s steering wheels from his 2020 championship season is pretty cool.

“We have our fabricators working on a bespoke, custom mount for the wheel, which will be personally signed by the reigning Supercars champion and 2021 IndyCar Rookie of the Year.

“We hope not only DJR fans dig deep for this cause, but motorsport fans in Australia, New Zealand and internationally.”

McLaughlin raised more than $7000 for Motor Racing Ministries with the donation of one of his Supercars race trophies last year.