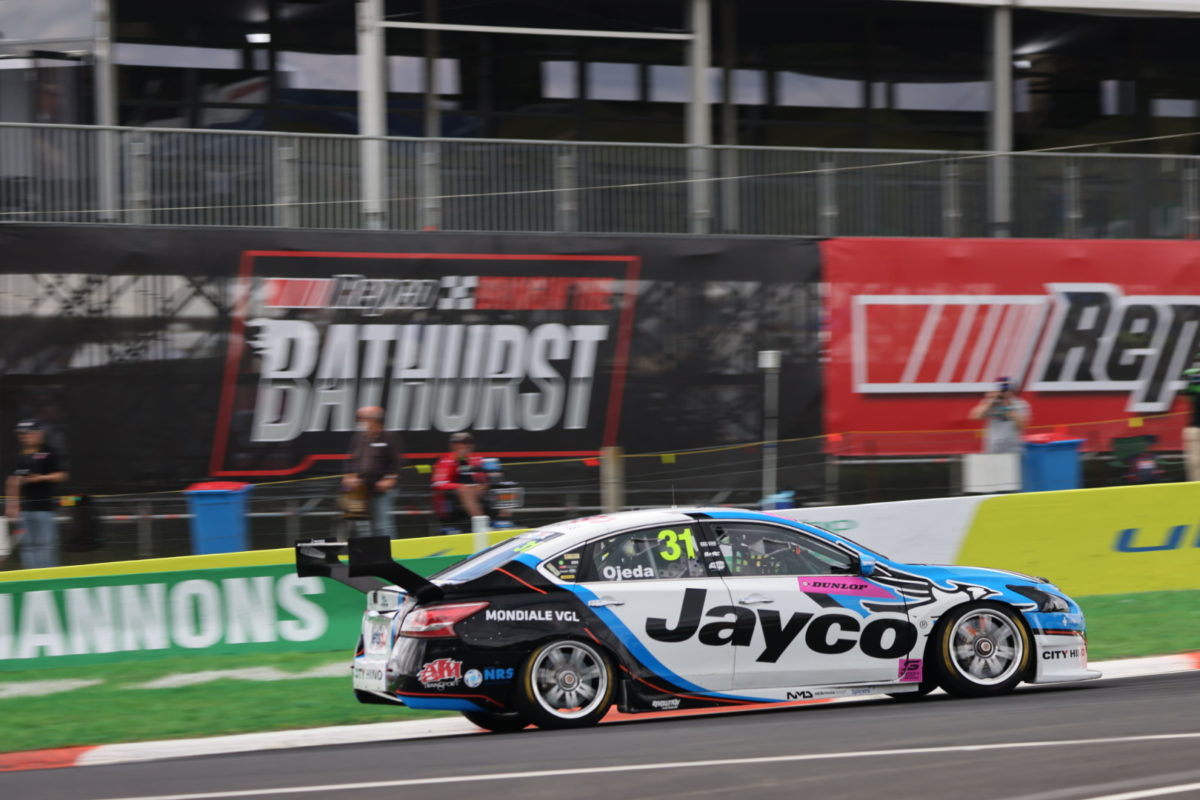 Jayden Ojeda has set the pace in an MW Motorsport one-two in Practice 1 at Round 5 of the Dunlop Super2 Series at Bathurst.

Both improved on their third flyer but Ojeda went even better in driving the #31 Nissan Altima to a 2:07.3474s.

Feeney looked like going quicker at the start of his second run but found traffic in the form of Super3 driver James Masterton (#219 Masterton Motorsport VE Commodore) at The Chase.

They traded the place again in the final few minutes when Payne clocked a 2:07.5844s and then Feeney a 2:07.3876s, as the clouds over Mount Panorama got darker.

Ojeda had not long survived a big slide through The Dipper, when he looked like hitting the wall on either or both sides, before coming out for his final run and laying down the 2:07.1703s.

Everingham was fifth when he jumped up three spots with a 2:07.3543s in the last minute prior to the chequered flag, meaning Feeney ended up third and Payne fourth.

Best climbed from eighth to fifth after the chequered flag with a 2:07.7091s in the #78 FGX Falcon, leaving Boys sixth all-told courtesy of his best first-run effort.

Aaron Seton took ninth in a nervous end to his session, the Matt Stone Racing driver appearing to get away with just a scrape of the tyre belt when he had a moment at Griffins Bend in the #30 VF Commodore.

Jaylyn Robotham (#999 VF Commodore) ended up 15th after a hit-out during which he had to contend with a loose left-rear wheel, which Image Racing attributed to an issue with the nut.

Fourth in class and 20th outright went to Image’s Reef McCarthy, who parked off Mountain Straight mid-session after an off at the Chase which left him with what looked like a flat tyre and a damaged splitter.

Brad Jones Racing’s Elly Morrow, who debuted last time out at Sydney Motorsport Park, propped up the timesheet having been down on power in the #8 VE Commodore.