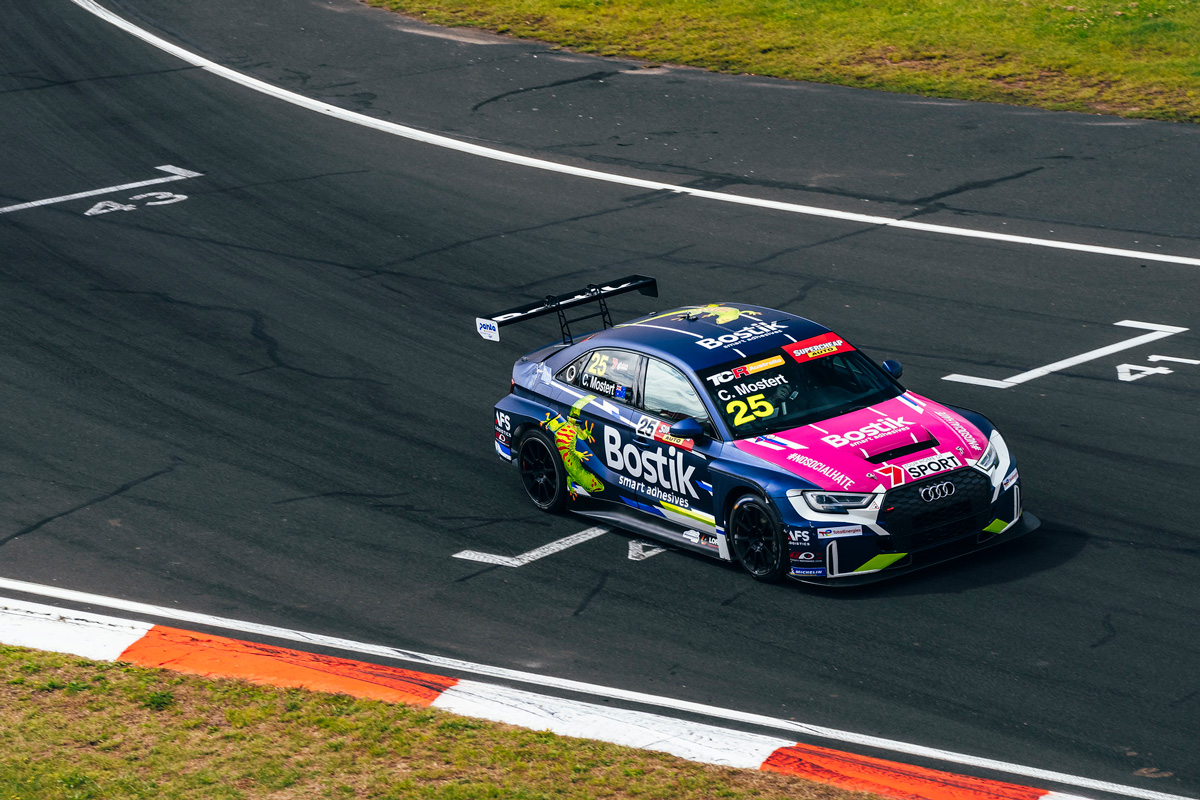 A subdued Chaz Mostert has become the second title winner in the short history of the Supercheap Auto TCR Australia Series.

Mostert took an ultra-conservative approach to the opening race of the season finale at Mount Panorama as he sought to put the title beyond doubt before tomorrow switching his focus to Supercars commitments for Walkinshaw Andretti United.

Having initially been in doubt to contest the TCR Bathurst 400 at all given it fell on the same event as the Repco Bathurst 1000, the 29-year-old was on the back foot immediately due to a heavy Practice 1 crash.

A late night pulled by his crew allowed him to qualify seventh this morning, a position he’d maintain through the first several laps.

Before long, he came under pressure from a hard-charging Jordan Cox, but Mostert would find a way past John Martin late on Lap 8 for sixth before losing position to Cox at Hell Corner moments later.

With team-mate and nearest title rival Luke King far from the podium positions after being set back by a frightening moment in qualifying, Mostert pretty well cruised from there, even letting Martin and King by en route to ninth.

That kept his advantage at an unassailable mark with just 90 points remaining on offer between the coming two races.

Cameron would grab the lead on Lap 5 with a nice pass at The Chase, but there would be plenty of fight left in Bargwanna.

Michael Caruso and Bradley Shiels finished a distant third and fourth, having initially featured in the battle pack for the lead, while Cox made up 10 positions to take fifth.

Initially slated for 21 laps, the race was shortened to a 17-lap affair after a driveshaft issue forced Josh Buchan to stop on circuit on the formation lap.

The TCR field takes a day off tomorrow, with Race 2 starting at 12:30 local time/AEDT on Friday.