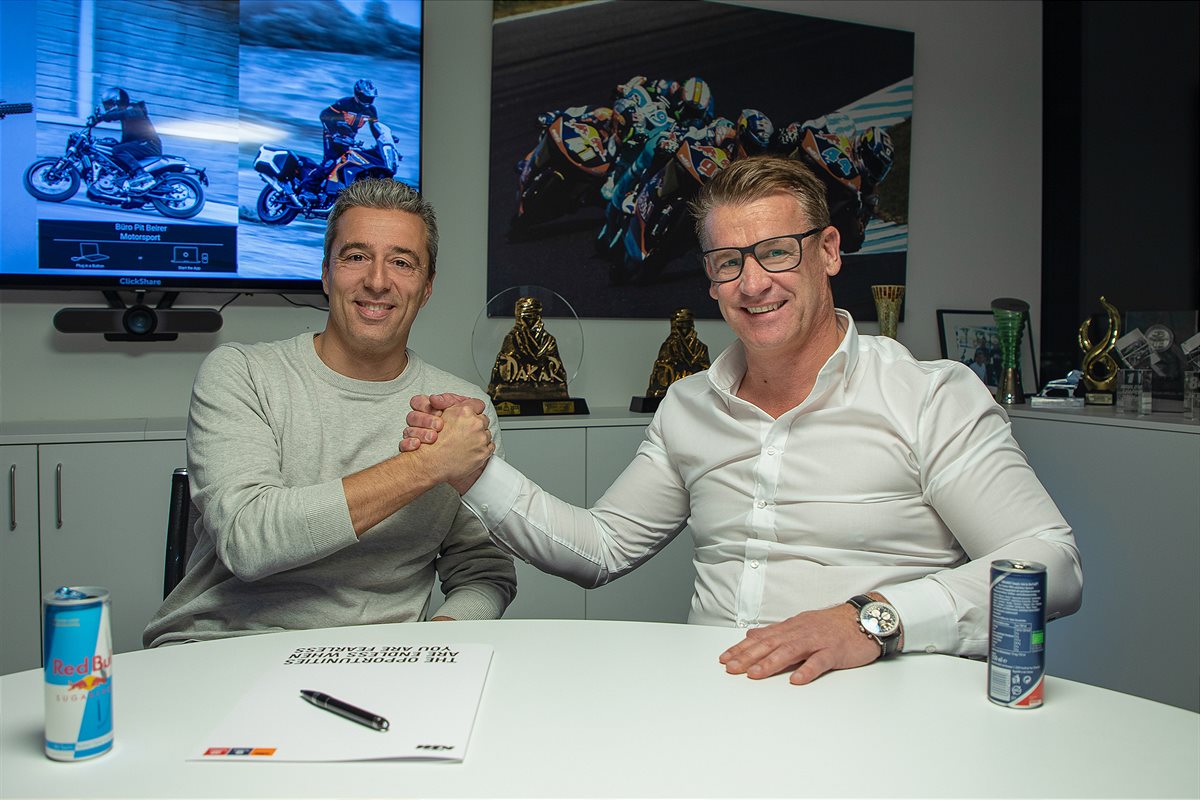 Red Bull KTM Factory Racing has confirmed that Francesco Guidotti will be its team manager from the 2022 MotoGP season.

The now former Pramac Racing team manager replaces Mike Leitner, whose departure was announced just under a week ago.

The move represents a homecoming for Guidotti, who oversaw KTM’s 125cc and 250cc world championship efforts for four years.

He subsequently worked in the Superbike World Championship for two years, and then a decade at Pramac.

“I was a team manager for KTM from 2006 to 2009 and then took some valuable experience in another series before coming back to MotoGP,” said the 49-year-old Italian.

“Now I am able to complete the circle!

“KTM have always been very ambitious and hungry with their racing programs and we can see that MotoGP is no different; it is incredible what they have achieved in such a short time and there is still much we can do.

“I’m very happy to be back and part of this big push for more success.”

KTM Motorsports director Pit Beirer added, “It’s a pleasure to have Francesco back with us and someone who knows our culture and way to go racing at KTM.

“We wanted to refreshen the MotoGP management structure and we feel that his input and ideas will give us some new momentum for our sixth season on the grid.

Leitner had been with KTM since the beginning of its MotoGP programme at the end of 2016 and was there when the Austrian marque took its first three premier class victories, two of which came courtesy of Tech3, in 2020.

That season saw it lose concessions and while the factory squad won again twice this year, its performance over 2021 arguably represented a dip in form.

Red Bull KTM Factory Racing will continue to field Miguel Oliveira and Brad Binder in 2022, while Tech3 KTM Factory Racing is comprised of an all-rookie line up of 2021 Moto2 world champion Remy Gardner and the intermediate class runner-up Raul Fernandez.