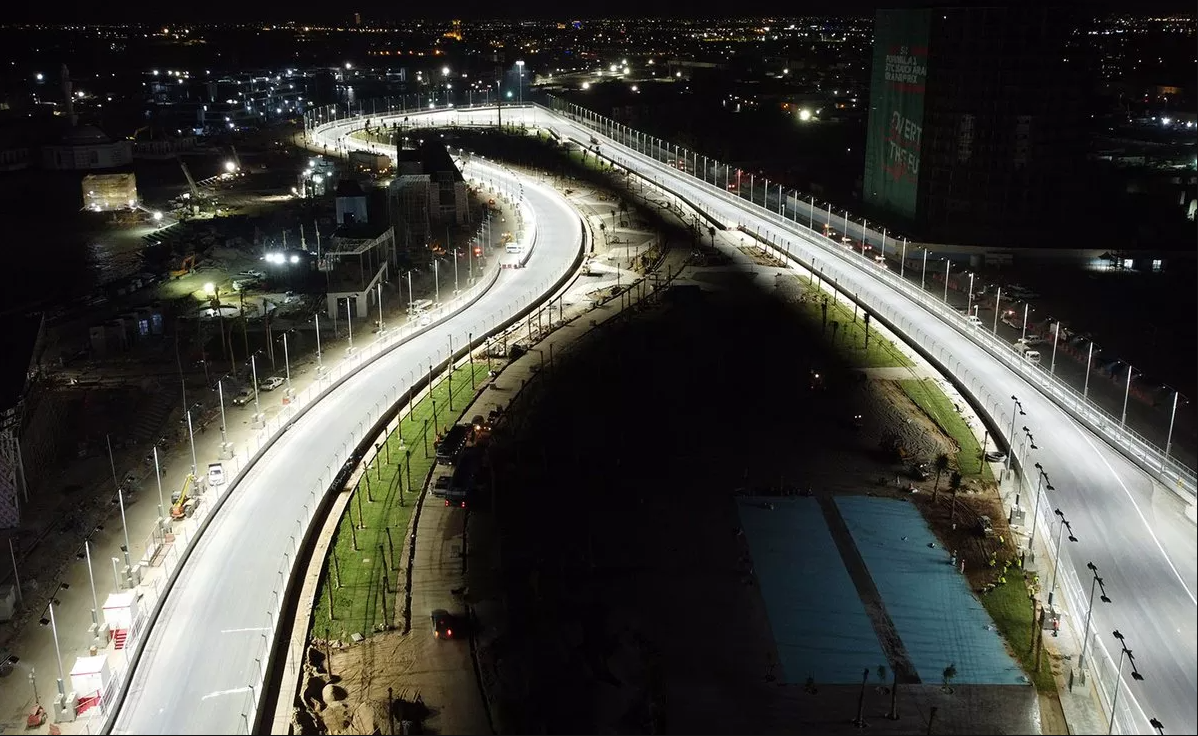 The all-new venue has only recently been completed and is expected to be the fastest street circuit F1 has raced on.

“Jeddah is probably the biggest unknown we face all year, as with the track being completed very close to the race,” explained Mario Isola, Pirelli’s head of F1 and car racing.

“As a result, we can only rely on simulations from F1 and the teams, along with other information we’ve collected, to come up with our nomination.

“This street circuit looks set to be quite different to anything else, and the high speeds with fast corners will obviously play a big part in the way that the tyres behave.

“Jeddah has more corners than any other track on the calendar, and one of them – Turn 13 – also has 12-degree banking, so there are plenty of different elements that will keep the tyres working hard.”

This weekend’s race marks the second brand new circuit in a row, after F1 held its first Qatar Grand Prix at Losail last time out.

At 6.174km in length, Jeddah is the second longest venue of the year, and with average speeds expected to top 250km/h, it looks to also be the second fastest behind Monza.

From its range of five compounds of tyres, Pirelli will this weekend bring the C2 (hard), C3 (medium), and C4 (soft), the middle three available to them.

Opening practice for the Saudi Arabian Grand Prix gets underway at 00:30 AEDT on Saturday morning.