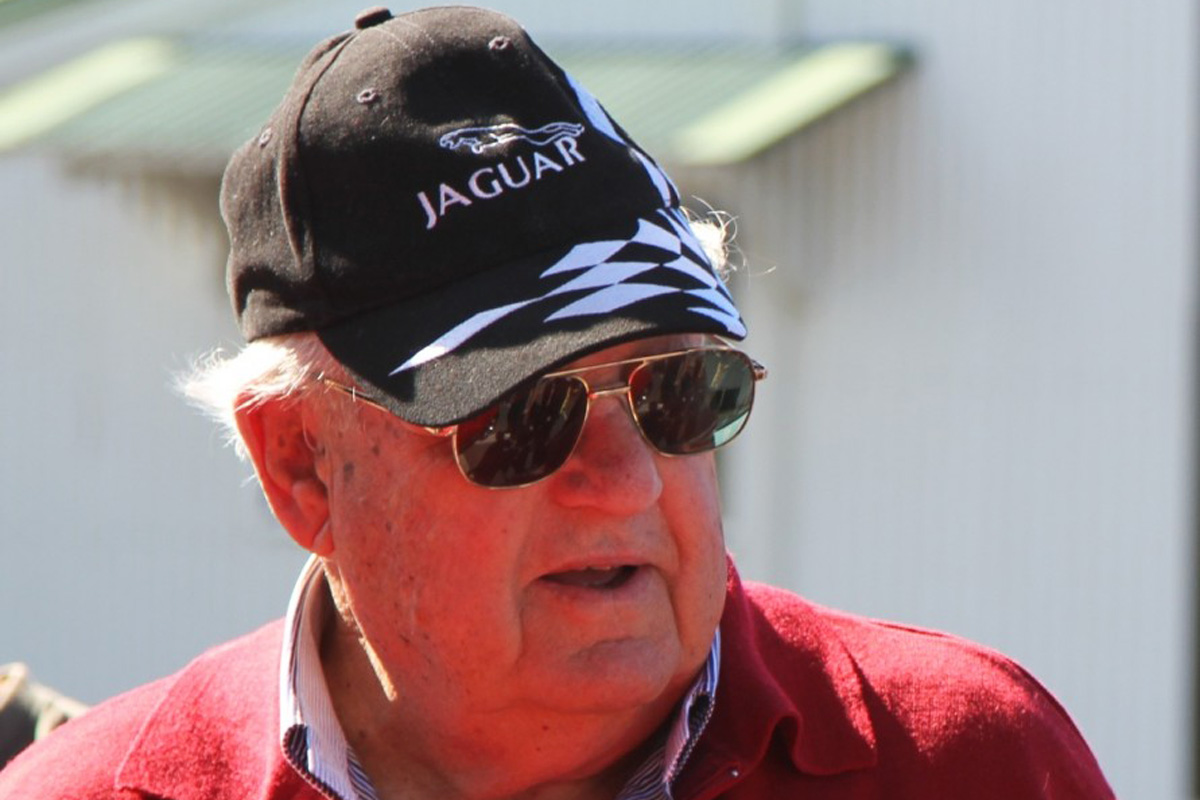 Australian racing driver and former Bathurst class winner Digby Cooke has passed away on the Gold Coast after suffering a recent stroke.

Cooke, 93 in October, began his career in open-wheel cars in 1949 and eventually found himself working for the legendary Tom Sulman at his garage in Surry Hills in Sydney.

Sulman was a member of the “Kangaroo Gang” sports car team whose members included Jack Brabham and Tony Gaze and on Sulman’s return from the UK, Cooke left the Surry Hills operation and set his own shop and tuning business up in Lane Cove.

Cooke’s focus shifted towards tin tops and Bathurst in the early 1960s.

He was a relief driver for Ron Hodgson and the pair drove a Morris Major at the Bathurst 6 Hour event in 1962.

“I’ll never forget that race because we were just behind the leaders in our class and Hodgson said ‘it’s your turn to drive so see if you can get rid of them off the circuit’,” Cooke told former Speedcafe.com editor Gordon Lomas in a 2013 interview.

A year later Cooke entered the Armstrong 500 (the first Bathurst 1000) at Mt Panorama in a Morris 850 with Tom Corcoran and finished ninth in Class A.

Cooke competed in long distance races at Bathurst from 1962 to 1972 and had to wait until his final appearance in a Ford Escort with Geoff Leeds to claim his first class victory.

Cooke was a great storyteller and recounted one of his classic Bathurst yarns to Lomas.

It all stemmed from his appearance in the Great Race in 1969 in a Holden Monaro 350 he shared with David Bowden and which qualified second to Ian “Pete” Geoghegan.

“We were second on the grid and it was unbelievably exciting,” recalled Cooke.

“The only GT Falcon I couldn’t pass going up the mountain was Geoghegan’s and they were supposed to be the quickest things ever.

“Anyway there was a massive crash up on the mountain (involving Bill Brown and many others) on the first lap and there were about 14 cars involved.

“So we came around and there was a big mess and it looked like some of the Cooper S’s were rooting themselves.

“There was an Alfa upside-down (John French) and we stopped and waited until some of the public helped the marshals clear the track.

“Eventually it was cleared enough for us who were still running to go through in single-file.

“Leading up to that race I had convinced an insurance company to insure racing cars on the circuit. I had been a broker and had my own business.

“I got these cars insured and it was a great premium and great for a broker because I didn’t give a stuff what happened because I just got the commission.

“Anyway back in the race I was going down the straight and I was thinking about all the crash damage and that this is going to cost the insurance company and the underwriters and they were down in the pits.

“I thought ‘geez I’m not going back down there.’ I’m going to drive straight to Sydney off the end of Conrod Straight and not turn left at the bottom of the hill but head back to the big smoke.

“So this was on my mind and after a few laps out comes our big pit board and it simply had a huge question mark and underneath the word “TIME” – in other words what the hell are you doing?

Cooke went on to build a very success insurance broking business and was based on the Gold Coast where he had an impressive personal car collection which included a replica Jaguar XJ13 racer, a 550 Ferrari Barchetta, Porsche 996 GT3 911 and Robnell Cobra which was personally tuned by Bo and Glenn Seton.

Digby is survived by his wife Gwen and children Rowan and Adam.

Speedcafe.com extends its condolences to Digby’s family and friends.