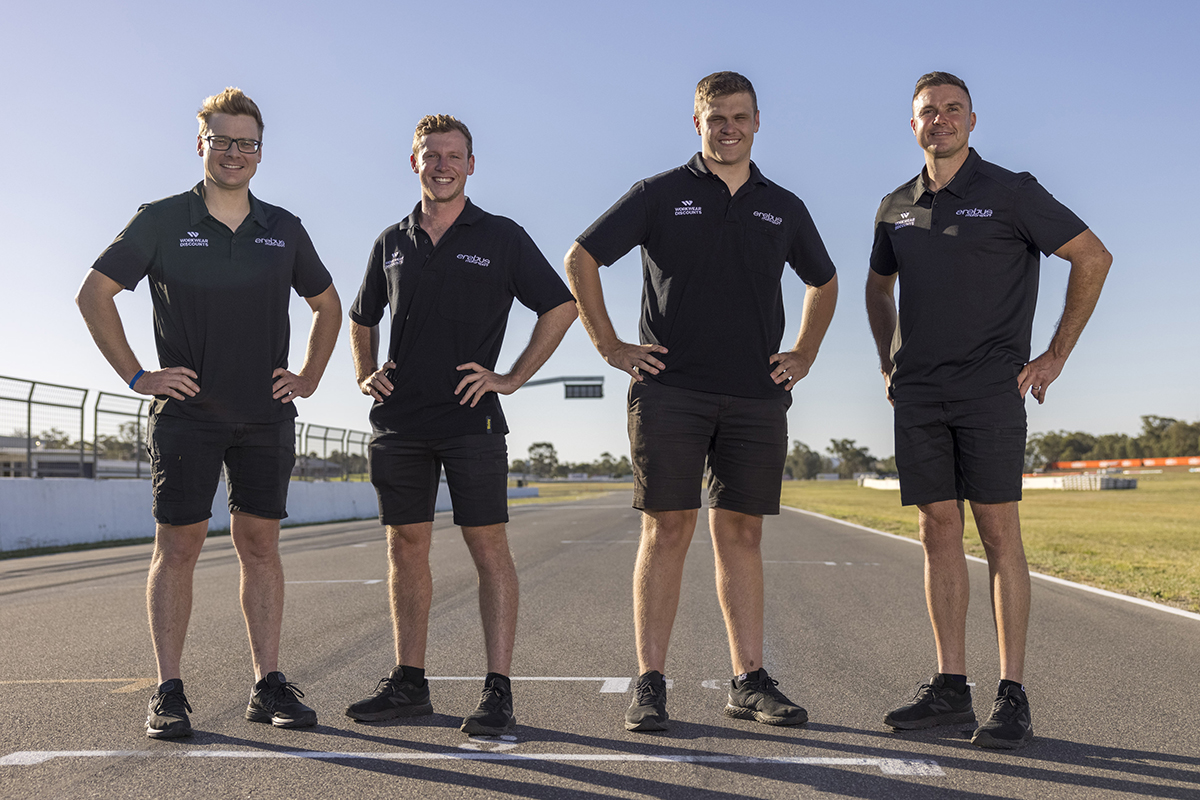 Erebus Motorsport co-drivers Jack Perkins and David Russell have reason to be optimistic heading into this weekend’s season-ending Repco Bathurst 1000.

The pair arrive at Mount Panorama as bonafide contenders for victory, partnered with the in-form Will Brown and Brodie Kostecki respectively.

The full-timers have done plenty to shrug off their rookie status this year; and while the documentation says as much, their ability belies their age.

At the start of the year, Erebus Motorsport showed up to The Mountain as a shadow of its former self.

Gone were its former star drivers and engineers; and in came two fresh-faced steerers backed up by the new brains trust in Tom Moore and George Commins.

Although Erebus Motorsport came into 2021 as an unknown quantity given the sizeable shake-up to its ranks, Perkins said there was little hesitation when asked to join.

“To be honest, I signed up with Barry [Ryan, Erebus Motorsport CEO] and the team back in November last year with full confidence the car and the team would be on the money,” Perkins told Speedcafe.com.

“Contrary to reports, they’re showing what they’re capable of. The team is in a great position, they were like that at the start of the year when I tested with them at Winton, now, the only difference is they’re getting some more competitive results than the first half of the season.”

More often than not, the team has arrived at The Mountain with competitive cars, regularly finding themselves firmly in the top 10.

That, said Perkins, was a big attraction knowing what the equipment is capable of.

Add in the recent vein of form Brown and Kostecki have had at the four-part Sydney Motorsport Park swing, and it shapes up as a promising weekend ahead.

“One of the main reasons I was keen to drive for Erebus in the beginning was their cars have been ultra competitive the last few years at Bathurst,” said Perkins.

“If you look at the results, they won in 2017 and other than that it’s really been Triple Eight and Dick Johnson Racing.

“I’m really excited to see what the Erebus car is like around the track because of those reasons.

“Certainly there’s a wave of momentum based on the results of Sydney Motorsport Park which certainly helps.

“But in any case, Bathurst was always going to be a strong track for Erebus as they’ve proven. They can turn up to Bathurst and be as good as anyone else.”

Perkins and Russell have been working closely with Erebus Motorsport throughout 2021, keeping in constant dialogue.

Russell, who will make his 12th start in the Great Race after a one-year hiatus, said the success the team has enjoyed comes down to the culture within.

“To start with, they work together,” he said of Brown and Kostecki.

“We’ve seen evidence of that on the track at SMP. They’re there for the team to try and get a result. The engineers don’t get the sheets and close the book beside each other. It’s an open discussion, and as I said, everyone is working together. If there’s feedback from Brodie or Will, it’s taken onboard.

“To start with, Barry obviously identified very early in the piece is that they’re very, very fast. If they’re in a fast car they can turn a lap and then start putting races together, then what’s happening is they’re starting to get that yield and get results out of it, out of their hard work they’re putting in in-season.”

The Repco Supercars Championship hits the track for the first time tomorrow at 10:00 local time/AEDT for Practice 1.

Perkins, who co-drove with Brad Jones Racing’s Jack Smith last year, has one Bathurst 1000 podium to his name, achieved with James Courtney at Walkinshaw Andretti United in 2019. Russell’s best finish to date in the Great Race is eighth, with Rick Kelly in 2014.