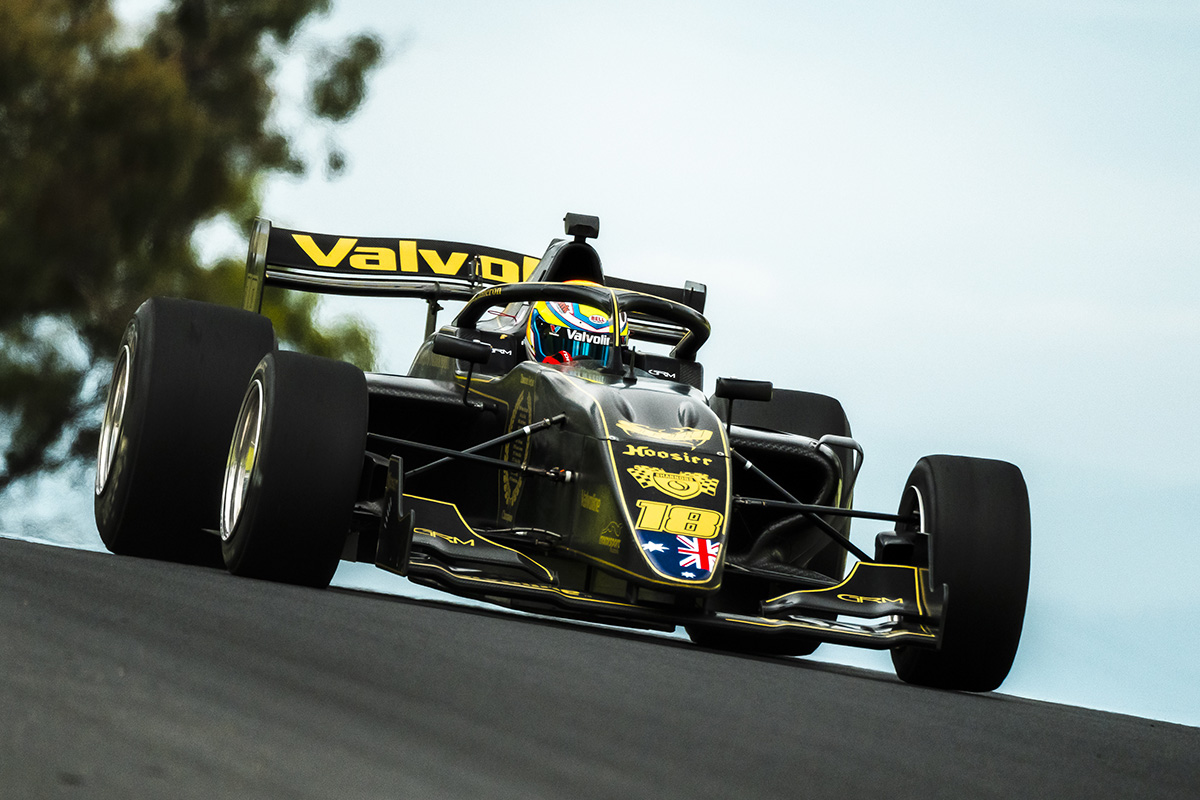 Aaron Cameron has logged S5000’s first ever sub-two-minute lap of Mount Panorama to take pole position for the opening Tasman Series race of the week.

As was the trend during practice yesterday, times steadily improved as the 20-minute qualifying session wore on.

James Golding held top spot after the field had completed a first round of hot laps on a 2:07.2889s, more than seven seconds off where the ultimate pace would end up.

On the second time around, Golding’s Garry Rogers Motorsport team-mate Nathan Herne seized the advantage (2:03.0771s) before lowering the benchmark to a 2:01.8523s the very next lap.

From there, it was a case of diminishing returns as Golding, Cameron, Herne and Mawson all had visits to the top of the timesheets.

As the session entered the dying minutes, suspense remained as to whether a rare 1:59s lap would be seen, with Cameron (1:59.9340s) eventually getting the job done as one of the last drivers across the line.

That result extended his advantage atop the standings to 24 points, up from 19, over Roberto Merhi, but just as significant was the rarity of lapping The Mountain in less than 120 seconds.

“We didn’t find out until we were coming in the back paddock there; my dash played up on that last lap – it must have been too fast and didn’t want to bring up the ‘1’ at the start of it,” Cameron said.

“So I found out pretty late, and it has still taken a while to sink in, to think that I’m the only one to dip into the 59s so far and to be pole, at the front of this grid.

“It was cool to win last round [at Sydney Motorsport Park] but to be the fastest of them all at The Mountain, it’s bloody awesome.”

Cameron will share the front row with Golding, whose best time ended up at 2:00.0853, merely 0.0059s quicker than Mawson in third.

Herne and John Martin were fourth and fifth, respectively, with Merhi sixth following his practice dramas yesterday and a couple of moments at Hell Corner at the start of qualifying.

Team BRM’s other international recruit, Yoshiaki Katayama, will be out of quarantine in time for Race 1 tomorrow from 13:35 (local time/AEDT).